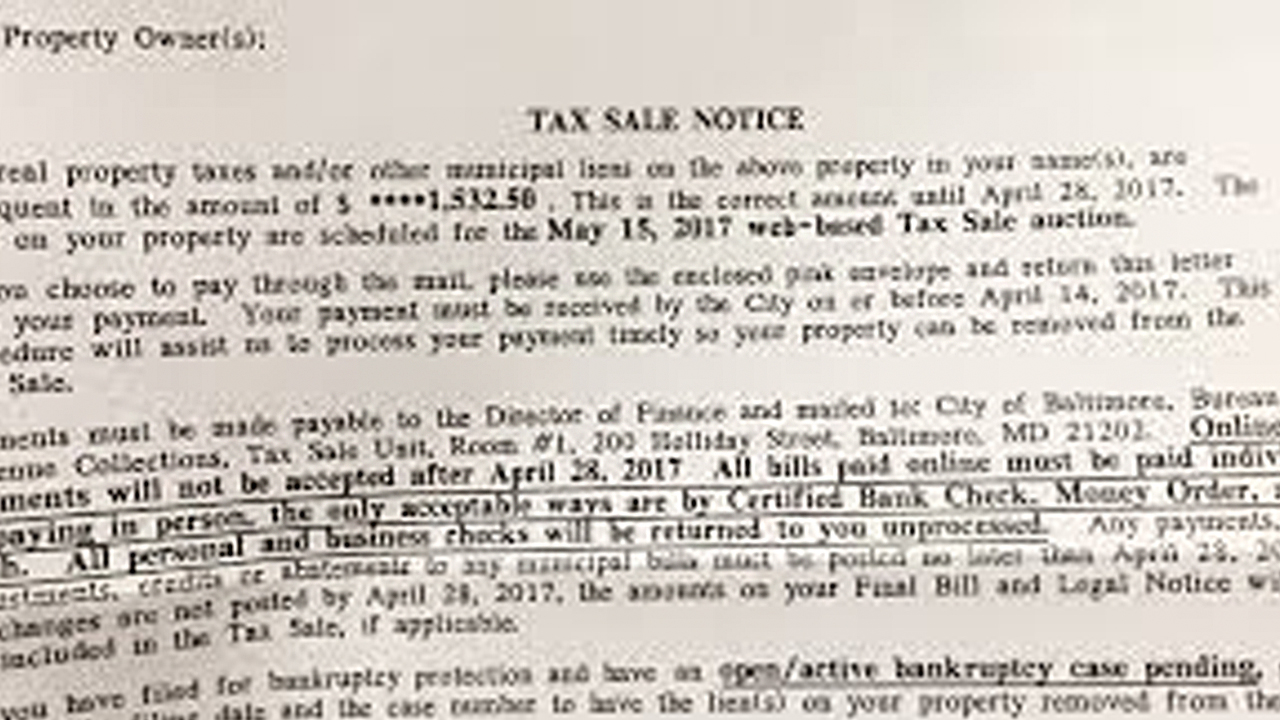 Every year, the city issues liens on thousands of properties to collect on unpaid taxes and fees of over $750 if the fees are outstanding for 270 days or more. These liens are auctioned off at annual tax sales. Buyers can foreclose if homeowners don’t pay off their bills and liens.

At the hearing on Washington’s bill on Wednesday, the mayor’s office outlined the amendments they will propose. One would remove protections for renters.

“52% of people in Baltimore are renters,” said Rianna Eckel, an organizer with Food and Water Watch. “So this would essentially take away these protections for over half of the city.”

Another would only extend protections to people with exclusively water bills. This would allow water bills to compound with other outstanding bills or fees to trigger tax sale. The city can send your property to tax sale for unpaid bills of $750. If this amendment passes, someone could be sent to tax sale for a $10 unpaid property tax compounded with a $740 water bill.

Both amendment proposals are in keeping with the one-year moratorium on water liens that the state passed last year.

“As of January 23, 2019, there are approximately 18,189 residential properties, owner- and nonowner-occupied, with an unpaid water and sewer obligation of at least $750, which has been outstanding for at least 270 days,” reads the analysis. “The cumulative amount due on these properties is $61.6 million.”

That means 10% of the city’s water ratepayers could lose their homes over unpaid water bills. In December, DPW told the Sun that there are approximately 180,000 city water ratepayers—though in an email, DPW’s chief of communications Jeffrey Raymond said, “the snapshot of late accounts in January is unlikely to be the same closer to tax sale season, when customers get their accounts in order.”

The city says Washington’s proposed bill is too drastic because Baltimore cannot afford to lose out on $60 million in revenue, but advocates say the fiscal analysis confirms the need for the legislation.

“Clearly the system isn’t working if 10 percent of homes are this far behind on their bills,” said Jackie Filson, Food and Water Watch’s Senior Communications Manager. “The solution is not to seize and sell people’s homes and churches over these unaffordable and incorrect bills.”

The Senate’s Budget and Taxation Committee is set to vote on the legislation. We will update this story with the result.

We have contacted the mayor’s office and are awaiting comment.