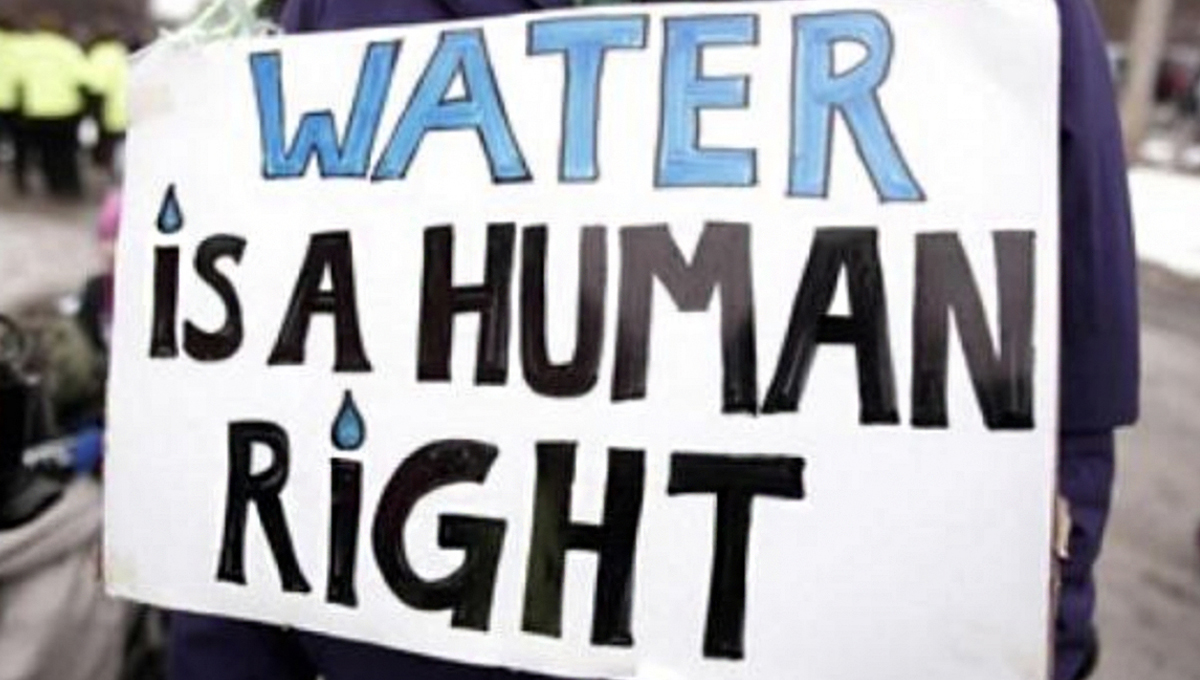 In the eleventh hour of the final day of the state’s 2018 legislative session, Maryland passed a bill that will temporarily halt placing properties on tax sales for unpaid water bills for Baltimore residents. In the face of climbing water prices and inaccurate water bills from the Department of Public Works, city activists have been pushing for this legislation for years. But many say the bill has been watered down.

SB1098, sponsored by Senator Barbara Robinson, will put a year-long moratorium on auctioning off homes at tax sales due to unpaid water bills. After much debate, the bill was amended on Friday to protect renters as well as homeowners.

Just hours before the conclusion of the session, the Senate’s Baltimore City Delegation amended the bill to require a one-year moratorium instead of two.

“We wanted this to be permanent. That would have been our preference, but the city said they have a serious concern about what this will do to the budget,” said Molly Amster, Baltimore Director of Jews United for Justice. At the Baltimore City House Delegation Meeting, a representative from the Mayor’s legislative team said the legislation could pose an “initial 13 million dollar hit.”

“That’s not the way we think we should be doing business, on the backs of people who can’t afford to pay their bills,” Amster said.“But we’re hoping that that means next year we can put up another bill.”

The City Delegation also removed a controversial amendment that would have required a third party to “conduct a review of the Department [of Public Works]’s customer service and bill dispute resolution processes.” Advocates feared this requirement could usher in privatization of Baltimore’s water.

“This kind of study in other cities…has been the Trojan horse to get water privatization into the city,” Amster said. “In 2014 we successfully fought against the same kind of study conducted by Veolia, and we were able to do that because the city had to go through a procurement process. If we had left that amendment in, we’d have had no input into such a study,”  she continued.

“It’s messed up. They could hire a company to make recommendations on how to fix the problems, and then the company would likely suggest they privatize (and be there ready with a proposed contract),” Rianna Eckel of Food and Water Watch wrote in an email on Friday, just after the bill passed second reader.

Food and Water Watch fear that the contract would be given to a company like the French utility conglomerates Veolia or Suez Environment. Veolia owns Baltimore’s Charm City Circulator and opened a new chilled water plant downtown last year. And last year, Suez proposed taking control of Baltimore’s water system.

“Suez is actually seeking a lease concession deal for Baltimore’s system. This is where the city actually retains ownership and responsibility ultimately of the water system, and Suez and [global investment firm] KKR would come in and finance all the improvements,” Food and Water Watch’s Mary Grant told the Real News in January.

“As long as the final version of the bill if extends protections for renters for one year and removes the study of DPW that could be a foot in the door for water privatization, it’s an incremental and important victory,” Eckel said in a text message on Monday. She still, however, maintains that the bill has serious shortcomings.

“Protections are extended to people with exclusively water bills—so water can still trigger a tax sale if they have even a small amount of other outstanding dues,” she wrote. “If someone has $10 in property taxes and $740 in a water bill they can’t pay, or are still contesting, they still go up for tax sale,” she wrote.

“We are deeply disappointed that the bill no longer protects places of worship,” Eckel wrote. Advocates have been pushing for such protections through the legislative session.

“It’s…unconscionable that after legislation was put forward calling for protection for places of worship, it’s not being included…especially after last year, when 26 Black churches lost their property to tax sale,” said Bennet Wilcox, Baltimore Community Organizer for Jews United for Justice.

Eckel says these changes, and the now-removed requirement for an independent study of the Department of Public Works, came from Baltimore City itself.

“The Mayor’s office has certainly been involved in this,” she wrote. “Senator Robinson said herself in the article in the Baltimore Brew that the City was working on amendments. They never came to testify against the bill, or share their concerns with advocates. They’ve done this all behind closed doors,” Eckel wrote. At the end of last year, Mayor Pugh’s ordered a stop to tax sales over water bills, but only for homeowners, and only for water liens.

“They don’t want anything more than her executive order,” wrote Eckel.

“The mayor’s office was trying to weaken the bill today, trying to get House members to offer amendments to weaken it,” she continued.

On the Senate floor on Monday, Delegate Maggie McIntosh said, “The city wanted to proffer amendments that would strike…that would narrow the bill to be owner occupied [only]. And although they’re drawn up in my name, with all do respect, I don’t support them.”

“When you say residential, we’re talking about people who rent properties, and I know the goal here was to protect renters, but what this really does is, you protect any property that’s residential. You could be protecting a slum landlord from not paying his bill,” Mayor Pugh’s legislative team’s representative said on the Senate floor, explaining why her office supported the bill only applying to owner-occupied properties.

She said that in 2017, 7000 liens were issued on properties with only unpaid water bills. 3800 of those were owner occupied. The rest, she said, are a mixture of residential and commercial properties.

Food and Water Watch and Jews United for Justice had supported a similar bill this legislative session. The Water Taxpayer Protection Act (HB1409), sponsored by Delegate Mary Washington, passed unanimously in the House last month. Washington’s bill would have protected not only homes, but also places of worship. It also would have applied to all tax liens  in which water bills played a part but were not the only factor, and would have been permanent.

But last week, the Senate effectively killed her bill.

Washington says that Senator Ed Kasemeyer, the chair of the Budget and Taxation committee, said he wouldn’t advance the bill without written support from the Baltimore City Delegation.

But the Baltimore City Delegation is chaired by Senator Joan Carter Conway, Washington’s opponent in the Democratic primary for the 43rd District Senate Seat.  On April 3rd, Conway sent Washington a letter saying the City Delegation was supporting Robinson’s bill instead.

She also said the city should not have to sell houses to tax sale to ensure they can collect revenue for water. “Washington state doesn’t use water liens—and they have a 96% collection rate,” she said.

This is the second year in a row that Washington has sponsored legislation to fight water liens that didn’t pass.

Washington was pleased that Robinson’s bill was amended to protect renters. “Well, I am encouraged that the senate is interested in considering amendments to SB 1098 to remove the regressive provisions and take steps to protect water customers from losing their property to predatory investors due to DPW billing errors, fatally flawed appeals, lack of accountability and transparency,” she said in a text message on Friday.

But on Monday, she said she still finds the bill deeply disappointing.

“It really is a very cynical attempt to tell the people of Baltimore that they’ve done something on this issue of water liens when they’ve actually not done anything,” she said.

Washington said she would continue to fight for better water policy, as did Food and Water Watch’s Eckel.

“We’re going to be pushing the [Baltimore City] Council President Jack Young to do the comprehensive water overhaul. His work to ensure people can actually afford their water bills and have due process when contesting their bills would be incredibly beneficial for families and pastors who are vulnerable for tax sale!,” Eckel wrote in a text message on Monday. Food and Water Watch have been advocating for income-based water billing in Baltimore, a measure which President Young told the Real News City Council would consider early this year.

“We’re also going to continue to make plans to do another bill similar to [Washington’s Water Taxpayer Protection Act] HB1409 next session.”

We have contacted Senator Robinson’s office and Mayor Pugh’s office for comment. Neither have responded at time of publishing.