A new study on the cost of U.S. wars in Afghanistan, Iraq, Syria, and Pakistan presents a harrowing picture of the cost exacted in lives and taxpayer dollars.

A new study on the cost of U.S. wars in Afghanistan, Iraq, Syria, and Pakistan presents a harrowing picture of the cost exacted in lives and taxpayer dollars. 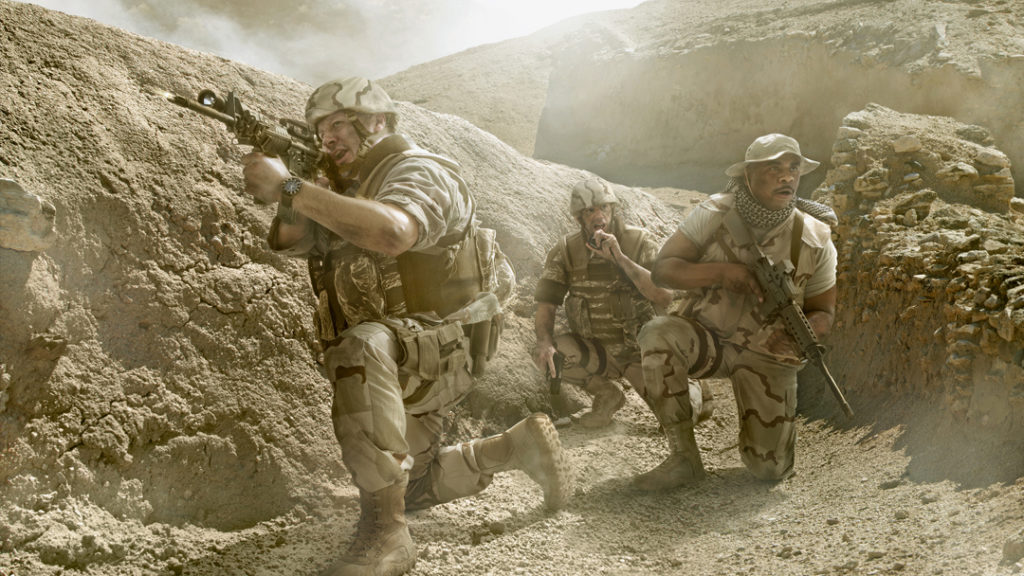 Martin Luther King once famously called the United States “the world’s greatest purveyor of violence in the world.” Two recently published studies seem to give substance to King’s 1969 statement. They show that the cost of the so-called war on terror conducted by the United States has exceeded $6.4 trillion and at least 800,000 lives in the 18 years that it has been going on. The Watson Institute for International and Public Affairs conducted the studies, one of which was focused on the expense in terms of U.S. taxpayer dollar, and the other focused on the lives lost directly because of the wars. Lives lost indirectly due to the loss of access to food, water, or infrastructure, or due to water related disease, were not included in the count.

Joining me now to discuss the report’s findings is one of its authors, Neta Crawford. She is professor and chair of the Department of Political Science at Boston University and the co-director of the Cost of War project that’s based at both Boston and Brown Universities. Thanks for joining us today, Neta.

NETA CRAWFORD: Happy to be with you.

GREG WILPERT: So let’s start with a dollar cost of the war on terror, which is the part of the study that you focused on. Now, $6.4 trillion over 18 years comes to about $355 billion per year. That’s almost exactly half of the 2019 defense budget of about $700 billion. However, when you look at only the overseas contingency operations budget, which is supposed to be the official cost of U.S. wars overseas, that figure is only 70 billion for 2019. So how do you calculate the dollar cost of the war and why is it so different from the Pentagon’s?

NETA CRAWFORD: So the Pentagon has told you what they’ve asked for each year annually for spending on war zone. It’s called overseas contingency operations, and that’s the spending in Afghanistan, Iraq, and a few other places. The United States has troops using either military force or some other means in about 80 to 90 countries in the world. The major war zones are Afghanistan, Iraq, Pakistan, and Syria. What we’re looking at with the Cost of War project is the addition of all those costs from 2001 to the present. Our costs include not only the overseas contingency operations, but in addition the costs of department of state overseas contingency operations, as well as the costs that are associated with making war this long. So when you make more this long, obviously you have veterans and the cost of veterans’ care is included in this accounting.

In addition the cost of Homeland security is included in our accounting. These wars were funded through borrowing, not by taxation or war bonds. So you have to pay interest on borrowing to pay for the wars. That’s included in our accounting. Then overall the Department of Defense expenses have grown. We call this increases to the Pentagon base budget, and that has increased because the United States has been at war so long and there have been additional costs associated with fighting.

GREG WILPERT: Now I want to look at the cost of war in terms of lives lost. Now the breakdown in numbers is about 7,000 U.S. soldiers, 8,000 military contractors or mercenaries I guess you could also call them, about 256,000 enemy combatants, 175,000 local military and police, plus about 320,000 civilians. Now the total as I mentioned, comes to about 800,000 and this does not include indirect deaths. So what kinds of deaths are we talking about here in those 800,000 and do you have an estimate for the indirect deaths?

NETA CRAWFORD: So if you look at just the war zones by themselves, in Afghanistan about 157,000 people have lost their lives in the wars since 2001. Pakistan, it’s about 66,000. Then if you add Afghanistan and Pakistan together, that’s well over 200,000 people. That’s all sorts of people from soldiers on both sides, combatants on both sides, or all sides, to civilians, to humanitarian workers, to contractors as you said, and journalists and media. When you look at the conflict in Iraq, there had been about 300,000 people, 270 or 300,000 people who’ve died in Iraq. That’s all persons caused by all sorts of combatants. So militants, the U.S., its allies, the Iraqi police, and so on. Then the deaths in Syria since 2014 when the United States began its bombardment of Syria is about 180,000 people. That is again all combatants and non-combatants caused by these deaths caused by all sorts of actors.

GREG WILPERT: I was wondering also about the indirect deaths. I mean I know that that’s something that your study doesn’t really get into, but is there a rough estimate because after all, if we really want to know the cost of war, that has to be part of the consideration, no?

NETA CRAWFORD: Yes. Indirect deaths as you said, are those deaths. Actually also there are injuries caused by the loss of infrastructure and those infrastructurally caused deaths and injuries are due to the fact that people can’t get for instance, access to safe drinking water or they’re not able to get to hospitals to get care or their children can’t get vaccines. Now the problem is that, and the reason why we don’t actually make an estimate of this is that it varies depending on the context. So in places like Iraq where there was a great deal of infrastructure including electrification. When that infrastructure was destroyed, there was a much more dramatic impact in terms of indirect death.

In a place like Afghanistan where there was less electrification and other infrastructure, the impact is much less. So there’s really a range of deaths that one might attribute to loss of infrastructure that is indirect death. So the Geneva Convention Secretariat estimates arrange between let’s say one and 20 or more likely two and eight. That is a ratio of direct death to indirect death. We don’t make an estimate because we simply don’t know. It would take a lot more research, epidemiological research, as well as survey demographic research to find the real numbers and that just hasn’t been conducted in all the war zones.

GREG WILPERT: Now another key figure which I haven’t yet mentioned is the number of refugees, which your website lists as being 21 million as a result of the war on terror. Now, this is an enormous number. And I’m wondering if one were to make a complete accounting of the true costs of the war, shouldn’t that be included? Also what about the financial cost to the affected countries? Now I realize that this is also one of these gray areas. It’s going to be very difficult, but I’m just wondering if there’s any way to do that in order to get a true estimate, not just to the U.S. taxpayer, but to everyone who’s been affected.

NETA CRAWFORD: That’s a very good question. I think that what you’re talking about, that total number is internally displaced persons and refugees. And in the case of Afghanistan, many of the refugees are in Pakistan. In the case of the war in Iraq or the war in Syria, many displaced people are obviously still in the war zones. But also, there are refugees in Iran, in Turkey, and Jordan, and other places in the region. So there is a burden. Most of the refugees are in fact locally, that is within the region based and there’s also a cost to the international community in terms of care for refugees and that care runs through nongovernmental organizations as well as the United Nations. So I don’t have an estimate of those costs.

GREG WILPERT: Now finally, more advocates might respond to these numbers by arguing that the costs in terms of dollars and in terms of lives would have been greater if the U.S. had not engaged in the war on terror. What’s your response to that argument?

NETA CRAWFORD: Well, about 3000 people were killed in the 9/11 attacks. And since then, about a little bit more than twice that number of U.S. soldiers have died fighting in these war zones. Is the United States safer because of the wars? One might ask it this way. Following the 9/11 attacks, there were estimates of the numbers of Al Qaeda and Taliban in Afghanistan and there were estimates later in the other war zones of the number of militants and ISIS and other organizations that have followed on from Al Qaeda. In no war zone is that the case that we have fewer militants. In fact, we’ve killed many tens of thousands of militants, that is enemy combatants. Yet those organizations are roughly the same size today as they were when they started. As when we started these wars. It’s unclear that these wars are effective at killing militants. What they may be doing is making more militancy in the sense that people are defending themselves from U.S. and other countries aggression.

Would the United States have suffered more attacks? It could be the case that the Department of Homeland Security, which is nearly a trillion dollars spent there since 9/11 since they were the Department of Homeland Security and other Homeland Security efforts began. It could be that they’re actually doing the bulk of keeping us safe in the United States in terms of protecting infrastructure, preparing to respond to terrorist attacks, preventing terrorist attacks, and it might be that that’s the better spending. Of course, what you’ve asked as a counterfactual. We just don’t know. I think that it’d be good to know more about how it is that Homeland Security is making us safer.

GREG WILPERT: Okay. Well, we’re going to leave it there for now. I’m speaking to Neta Crawford, professor and chair of the Department of Political Science at Boston University. Thanks again for having joined us today.

Neta Crawford is a professor and chair of the department of political science at Boston University and the co-director of the Costs of War Project based at Brown University.