US Consumer Board Conceals how Wells Fargo Fleeces Students

The Consumer Financial Protection Board kept a detailed report about how Wells Fargo has long been involved in charging students up to three times more for financial services than other banks do. Why did the CFPB not reveal this? Bill Black explains

The Consumer Financial Protection Board kept a detailed report about how Wells Fargo has long been involved in charging students up to three times more for financial services than other banks do. Why did the CFPB not reveal this? Bill Black explains 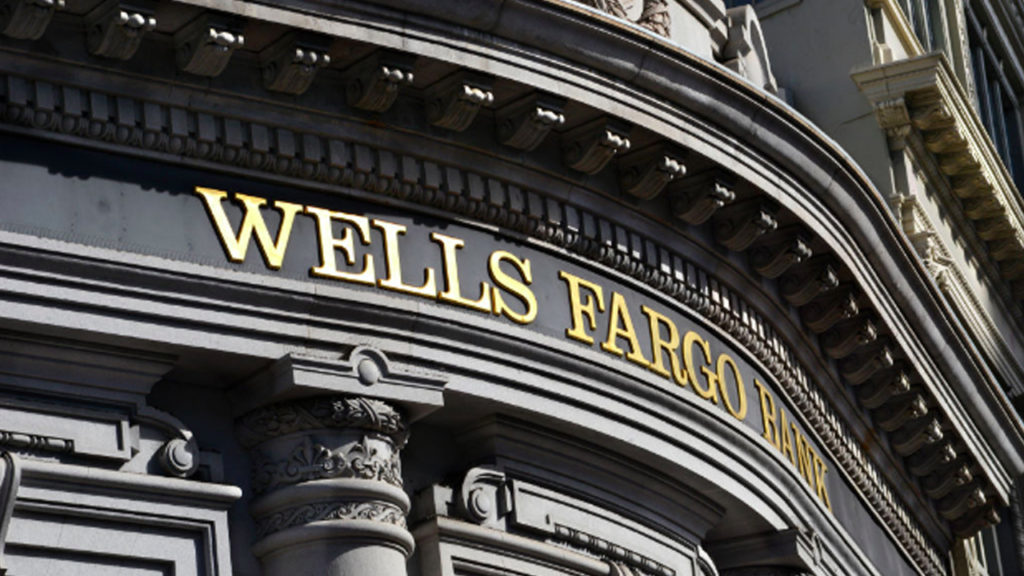 The website Politico recently revealed that the Trump administration concealed a report about how the bank Wells Fargo is fleecing college students with debit and credit card fees. According to the report, Wells Fargo charges students as much as three times what other banks charge students. The report had been prepared by the Consumer Financial Protection Bureau, and was submitted only to the U.S. Department of Education last February. However, neither institution made it public. Politico obtained via a Freedom of Information Act request Wells Fargo provides financial services to about one quarter of the 500 U.S. colleges that this report surveyed.

Joining me now to discuss the CFPB report on banking at U.S. colleges is Bill Black. Bill is a white-collar criminologist, former financial regulator, and associate professor of economics and law at the University of Missouri Kansas City. He’s also the author of the book The Best Way to Rob a Bank Is to Own One. Thanks for joining us again, Bill.

GREG WILPERT: So before we get into the issue of how it can be that the CFPB would conceal a major report like this, let’s first take a look at Wells Fargo. Wells Fargo already has a long list of fraudulent financial practices, which we’ve covered here at The Real News quite extensively, often with your help. It seems that whenever there’s a major banking scandal, chances are that Wells Fargo is involved. Explain to us what the issues this time around, and how it fits in the context of Wells Fargo’s practices as a bank?

BILL BLACK: Sure. I’ll reverse that. The thing that’s distinct about Wells Fargo is that cross-selling is everything. It is their signature aspect of their business plan, and they cross-sell more than twice as much as their nearest competitor. And most competitors they just simply blow up pieces in this regard. So Wells Fargo is all about get you to buy any product, and then try to get you to buy six or seven additional products that you don’t need, and indeed, net harm you. So that’s their business plan. And that’s also their culture, is built entirely around this. As we speak, Wells Fargo, suffering in terms of all of these bad publicity for these recurrent scandals, is running ads about how Wells Fargo, back in the San Francisco earthquake, there were no records available but they loaned to people just out of trust to help them to recover from the earthquake.

WELLS FARGO AD: After the 1996 earthquake, people needed access to their money. So even though bank records were buried, Wells Fargo let customers withdraw based on their word. We had you back then, and we’ve got your back today.

GREG WILPERT: Except that Wells Fargo is not actually Wells Fargo, at least that Wells Fargo. Wells Fargo is actually Norwest. In other words, Minnesota, where I’m speaking from. And people familiar with Minnesota know about our joke about Minnesota nice, which is we pretend to be really nice, but not always so much in reality. So these Norwest types, these salt of the earth Minnesotans, actually run Wells Fargo and completely changed its culture away from any entity that would trust and help small consumers to one that is absolutely rapacious against consumers.

This latest one is actually absolutely core to that cross-selling, because that’s what they do. So anybody that’s been involved in a campus in the last 40 years know you go to freshman orientation, and there are these desks everywhere, and it’s credit card companies trying to sign you up. And then they give you a free bottle of water, type thing. What they want is to get you young and dumb, and to sell you not just their basic service of, you know, a savings and a checking account, but also six, seven additional accounts. And that’s why Wells Fargo fees are so much higher than its competitors, and that’s why it has the highest fees of any bank. And, as you mentioned in the introduction, they’re one of the largest banks in providing these things that they call services that are actually ways of fleecing you. Right? So this is actually a predatory scam going on. And Wells Fargo is better at it than almost anybody in the world.

GREG WILPERT: Bill, just before we get into that question, I just want to get your response to one of their arguments. I mean, in the report Politico asked them about their fees. And they claim that the reason they charge more–that is, Wells Fargo charges more than other banks–is that they probably provide better or different services than other banks, suggesting that they provide services to students that are by their nature more expensive, such as international wire transfers. What’s your reaction to this argument?

BILL BLACK: Again, that is cross-selling. So they sell you not just a service, but six or seven services. And so indeed, before we go on, here’s a little consumer education. Whatever your credit card company is, your bank is, look at what you signed up for. Because the art of all of this is to get you to sign up for services that don’t make sense for you. And you can get rid of those, but you’ll have to act. And of course, that’s what they’re banking on. Most people won’t do this review. And even if they do it, they won’t actually take the trouble to cancel the service. And so when they get you young and dumb as a college freshman, they keep you literally till death.

GREG WILPERT: Now, turning to the Consumer Financial Protection Bureau, how can it be that they would conceal such a report for such a long time? Actually, well, they didn’t even release it until they were required to abide by the Freedom of Information Act request. Are they trying to protect Wells Fargo? And if so, why? What’s going on?

BILL BLACK: Yes. And indeed, obviously the Consumer Financial Protection Bureau was set up, Elizabeth Warren was the person, the mom of it. And remember, she is an expert in credit. She spent most of her life studying it, and the abuses of it. So she very carefully crafted the CFPB to be a protector. And they have one mission, and that is to protect financial consumers. And there’s nobody else that does that as a routine job in the federal government. So it’s an absolutely critical thing that someone was finally tasked with this is your job, go do it. Naturally, of course, the Trump administration came along, and they hate that idea. So one of their highest priorities was taking over the CFPB. They put Mick Mulvaney in. He’s the horiffic budget guy that they’re also trying to convince to be chief of staff of Trump, along with half the world, of course.

And Mick Mulvaney on a part-time basis for months has been destroying the effectiveness of the CFPB. But they decided they needed a full-time person to do this. Naturally, they didn’t want to get anyone that had any background in ever working to protect consumers, because they might identify with consumers, right. If you’re in this kind of business, you get such terrible complaints that whether you start out conservative or progressive, you tend to get very pro-consumer. So they had an answer to that. Get somebody who has never cared about consumers, has never spent a minute of her life protecting consumers. And that’s exactly what they did.

GREG WILPERT: That was going to be my next question, actually, to you about Kathy Kraninger. I mean, she was actually just appointed last week. That is, the Senate finally approved her nomination last week, and she’s taking over from Mick Mulvaney, who–I should perhaps mention that Mick Mulvaney took over from Richard Cordray before that, who was an Obama appointee, but then resigned in order to run for governor of Ohio, with a race that he lost last month.

Anyway, back to Kathy Kraninger. I mean, she seems to have zero experience. So what does that mean? What do you think is going to happen in terms of her tenure there?

BILL BLACK: Oh, she is ticked. Because, again, she has no experience, and therefore no sympathies for consumers, and is an ideological extremist who believes that the victims are the companies, not the consumers. So they will do everything possible to undercut the CFPB. They will drive out the effective staff. They will fill it with drones and sycophants who are ideologues. And they’ve already said that their key thing that they’re going to stress is reducing burden on the finance industry instead of protecting consumers.

GREG WILPERT: Well, that’s not a very promising prospect to look forward to. We’re going to leave it there for now, though. I was speaking to Bill Black, associate professor of economics and law at the University of Missouri Kansas City. Thanks again, Bill, for having joined us today.

GREG WILPERT: If you like Real News Network stories such as this one, please keep in mind that we have started our winter fundraiser and need your help to reach our goal of raising $400,000. Every dollar that you donate will be matched. And unlike practically all other news outlets, we do not accept support from governments or corporations, so we depend on our viewers. Please do what you can today.