What is the truth behind the 2008 Financial Collapse, why was no one prosecuted and how did Obama’s not prosecuting the “banksters” and strengthening Glass Steagal lead to Trump in the White House? Economist Bill Black joins us bring clarity to this mystery

What is the truth behind the 2008 Financial Collapse, why was no one prosecuted and how did Obama’s not prosecuting the “banksters” and strengthening Glass Steagal lead to Trump in the White House? Economist Bill Black joins us bring clarity to this mystery 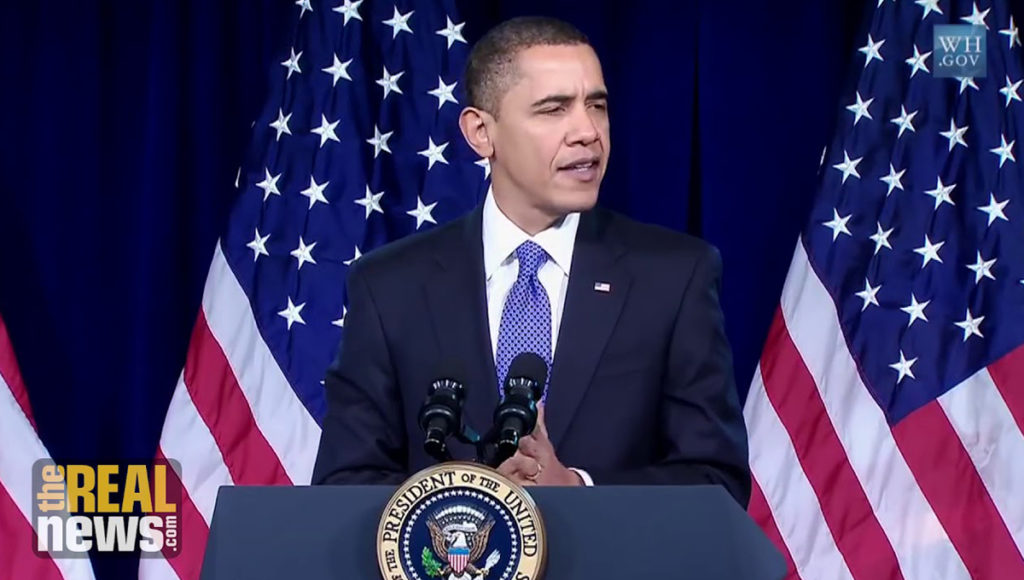 MARC STEINER: I’m Marc Steiner here with The Real News and we’re about to continue our conversation with Bill Black where we left off, talking about 2018. Bill, I’m glad you could stay with us for a few more minutes. I want to bring this forward to 2018. And when we look at what happened in 2008 and the debacle that took place both politically and financially for this country, what does it say about where we are in 2018 and how to create what we’re facing now and what do you see unfolding?

BILL BLACK: Because of the failure to prosecute, the failure to perceive the elite bankers as the problem, not the solution, they became extraordinarily influential in the Obama administration on financial advice. Timothy Geithner, Ben Bernanke, two of the worst regulators in financial history- of course, Geithner gets promoted to Treasury Secretary, president reappoints Bernanke, even though he’s quite a partisan Republican, to head the Federal Reserve. Jacob Lew and Bill Daley- this is all Robert Rubin protegees running.

They quickly closed down the vital fiscal stimulus. This makes the economic recovery weaker and take much longer to work and allows all these Trumpian claims that he inherited a terrible economy when he did no such thing. But he could have inherited an economy every bit as robust as today if the key financial folks had been discredited. This is the old struggle between the so-called New Democrats who are the Wall Street wing of the Democratic Party and the progressive wing of the Democrats. And Obama, of course, famously went in front of the caucus of the Democrats and said, “I am a New Democrat,” and such.

So, the new Democrats won that war. And part of that was this absolutely economically illiterate phobia about deficits. So, everybody knew the Republicans, it was always you know complete farce that they supposedly hated deficits, except of course whenever they were in power. But for some reason, the Democrats pretended to virtue when they did stupid things like austerity. They call it “tightening our belt” in response to a recession, which is the worst possible thing that you can do. So, even now, this is the struggle coming in to the midterms in this election with substantial parts of the New Democrats again saying, “Well, what we should be doing is bashing Trump because he’s running deficits,” regardless of whether those deficits are actually terribly harmful.

And even though this would provide the logic for why the Democrats can indeed have very large social program expansion. Instead, they want to cut back on precisely what the Democrats are strong on, the vital social programs that are so popular with the public and would make America and other countries a much greater place. And instead, that we should be guided by these failures. The whole Rubin Wall Street wing of the Democratic Party that have brought us the success of financial crises and these electoral disasters. So, that’s what’s present in 2018, this siren song that Democrats should be in hysteria about budget deficits and that their brilliant political move should be, “Hey, elect us, we’ll raise your taxes.”.

MARC STEINER: Bill Black, it’s always a pleasure for us at Real News to have your wisdom on the air with us. And I look forward to expanding this conversation about deficits in the coming weeks from you. And thank you so much for joining us, it’s always great to have you.

We were talking with Bill Black. I’m Marc Steiner for The Real News Network, see you soon.

September 5, 2019
Sign Up for Our Newsletter
Help Us Make Real News!