Successful voter registration drives among Blacks have motivated Tennessee lawmaker to pass bill with onerous fines for simple registration mistakes, which will cause voters to think twice about registering. We speak to Ezra Rosenberg of the Voting Rights Project at the Lawyers’ Committee for Civil Rights Under Law

Successful voter registration drives among Blacks have motivated Tennessee lawmaker to pass bill with onerous fines for simple registration mistakes, which will cause voters to think twice about registering. We speak to Ezra Rosenberg of the Voting Rights Project at the Lawyers’ Committee for Civil Rights Under Law 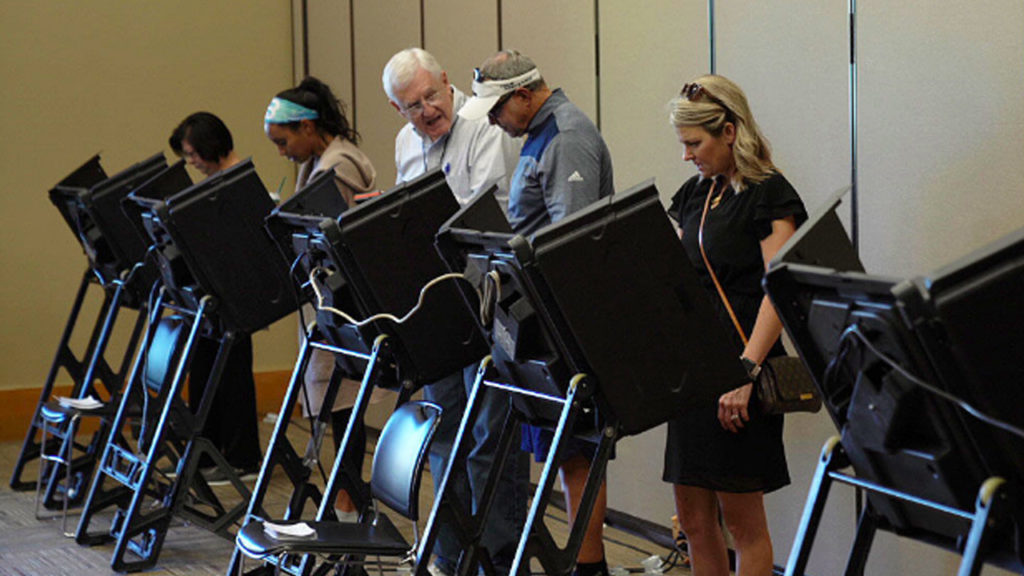 MARC STEINER: Welcome to The Real News Network. I’m Marc Steiner. It’s great to have you all with us.

As we’ve covered before, voting in America is under attack, especially in the South and in states where Republicans hold control of the governor’s house and/or the state legislatures. Tennessee, in a study, was shown to be the third worst state in limiting people’s right to vote. It has come to a confrontational boil in that state. Organizations like the Equity Alliance and Tennessee Black Voter Project registered tens of thousands of voters, only to have most of them nullified for what some would argue are specious reasons. Tennessee passed a law to levy heavy fines on those who register others to vote, and now a lawsuit is being fought to restore those rights. This is a Tennessee story. It’s also a national story, a national struggle to fight for the right of black and brown people in this country to vote.

We are joined by Ezra Rosenberg, who is co-director of the Voting Rights Project. He joins us from Washington, DC. And Ezra, welcome. Good to have you with us.

MARC STEINER: I said to you before we jumped on the air here that we’re going to talk about Tennessee in just a minute. But this is a nationwide battle going on right now. Voting rights were fought for in the 1960s. People died for it in the South, especially. People fought over a hundred years after the Civil War to ensure voting rights, and they really are under serious attack. Give us a sense–the broader sense as we get ready to talk about Tennessee–of what’s happening here in America right now.

EZRA ROSENBERG: Well, you’re right, Marc. And it’s been a situation that has worsened over the last few years with the Supreme Court’s decision in this Shelby case, which took away the protections of Section 5 of the Voting Rights Act, which had required any jurisdiction that changed voting requirements to get permission from the federal government before they were instituted. And the jurisdictions were those jurisdictions that had discriminated in the past. So that’s a problem. You also have a Department of Justice that has not been enforcing the civil rights laws. They have not filed a suit under Section 2 of the Voting Rights Act I think in the 24 months that this administration has been in place. So it’s a perfect storm, and it has allowed jurisdictions to take certain actions. You’ve seen situations in North Carolina, in Georgia, and now we have a situation in Tennessee.

MARC STEINER: So let’s take a look at what’s exactly happening in Tennessee, where you have The Equity Alliance and the Tennessee Black Voter Project literally registering tens of thousands of black voters in Tennessee in large amounts where people gather. And so, many when they were put in, they were kind of thrown out, but most of them were thrown out for–what I understand from the people from The Equity Alliance–for kind of very minor discrepancies in a voter’s application. So talk to us about what really happened here, and what is the sense of that struggle going on in Tennessee right now?

EZRA ROSENBERG: Sure. In 2018, there were tens of thousands of new people registered to vote, and a good number of them were African Americans and other People of Color. They were registered to vote by organizations that go out to shopping center and other places, churches, and try to do the very basic thing of helping people to vote. And apparently, that was too many people being registered for the legislature in Tennessee, because they passed a law that imposes very severe penalties on what could be really minor problems.

So the first thing that they do is that they require–and this applies only to organizations that use paid people who pay their people to register to vote, which really doesn’t make any sense–and they require those people to have registered and be trained before they can go out and register people to vote, which creates some real problems, and there’s lots of vagueness in the statute. And you’re subject to criminal penalties if you don’t comply with that. They also impose severe civil penalties for submission of a hundred or more what they call “incomplete applications,” without defining what incomplete applications really mean. And they also require certain statements to be made whenever anyone discusses publicly voter registration status, and subjects people to criminal penalties for not making those disclosures. Taken as a whole, this bill–which is now a law–imposes unconstitutional burdens in violation of the 1st Amendment and the 14th amendment on this simple act of helping people register to vote.

MARC STEINER: So I mean, they’re saying things–if rolls are deficient or there are some minor problems, they haven’t defined what these words are they’re using like “deficient” and “incorrect” when they’re talking about on the applications themselves when people sign up for voting. So these things are undefined, they’re talking about fines of up to five and ten thousand dollars depending on the numbers of voters we’re talking about. And it was also interesting that much this is taking place in Shelby County, Tennessee, which is where many of the black voters live.

EZRA ROSENBERG: Sure. And you know, Marc, earlier you talked about the fact that people had fought and died for the right to register to vote. And we are representing a number of clients in this suit that we have filed, and we filed it within a half hour of when the governor signed this bill into law. And they include not only The Equity Alliance, whom you mentioned, Tennessee NAACP, Democracy in Nashville, but also an organization called the Andrew Goodman Foundation, which concentrates on registering students to vote. And Andrew Goodman, after whom this organization was named, was one of the three young men who traveled down from the North along with Mr. Chaney and Mr. Schwerner to Mississippi in 1964 to help people register to vote. And those three men were killed. So this brings really to the present day the struggle that has been lasting for decades.

MARC STEINER: You mentioned Schwerner, Goodman, and Chaney. And I personally will never forget that night when that happened, when they went missing. So talk a bit about politically and legally what’s going on here, what their struggle. I mean, the Supreme Court destroying the Voting Rights Act, just making it impossible to kind of implement its most important parts. And what is this battle going on? How do you see this battle politically and legally going on in America? How would you define it? How would you describe it?

EZRA ROSENBERG: I would describe it as a battle really for the heart of America. It is trying to simply allow people to exercise the single most important right they have as Americans, which is the right to vote, the right to pick and choose those people who are going to represent them, and to do so with every person having an equal opportunity to do so. And that is what the civil rights laws have been meant to protect. They’re meant to ensure that minority communities, communities of color, and in particular African American communities, have an equal opportunity to participate in the political process. That’s all we’re talking about, is an equal opportunity to participate in the political process.

MARC STEINER: So given the decisions by the Supreme Court in the Voting Rights Act, throwing it back to the states. If they were to either not take the case and not hear it–because this is probably going to end up going to the Supreme Court–if they rule with Tennessee, then what would that mean? I mean, if they allow the law to stand, how would that change the nature of voting in Tennessee? What would happen?

EZRA ROSENBERG: Well, it would make it much more difficult to register people to vote because organizations are going to be fearful to participate in what they’ve been doing for years, which is helping people to vote because of fear of criminal penalties or civil penalties, with a statute that does not define key elements of the statute the way they should be defined and which itself imposes unconstitutional and unnecessary burdens on the right to register people to vote. So it’s going to have a detrimental effect on particularly communities of color, because it’s shown that communities of color are more apt to use these organizations to help register to vote than are white voters.

MARC STEINER: And you’ve been involved in this for a long time. I mean, I’m curious where you think this struggle is going to go. Some people can look at this and become really depressed, and say, “We’re going to lose the battle because they control the state legislatures and they’re denying people the right to vote in many states in this country and making it more difficult for people to vote.” How do you see this struggle playing out, both in terms of your work and in the larger struggle that people like The Equity Alliance, the Tennessee Black Voters Project, and the other projects in Tennessee are fighting for?

EZRA ROSENBERG: I am an inveterate optimist, Marc.

EZRA ROSENBERG: And whenever that question is asked, I just think back to what Dr. King said about the arc of the moral universe being long but ultimately pointing to justice.

EZRA ROSENBERG: Well, thank you very much, Marc, and thanks for inviting us to chat.

MARC STEINER: Good to be talking with you. And hopefully we will be talking soon with some of the people on the ground in Tennessee, bringing you further reports about the struggle for voting rights in Tennessee. We just talked to Ezra Rosenberg, who’s co-director of the Voting Rights Project. And I’m Marc Steiner here for The Real News Network. Thank you all so much for joining us. Take care.