The video, along with a independent analysis of the autopsy report by an outside forensic pathologist, reveal a different depiction of events that lead to the death of 19-year-old Anton Black in police custody

The video, along with a independent analysis of the autopsy report by an outside forensic pathologist, reveal a different depiction of events that lead to the death of 19-year-old Anton Black in police custody 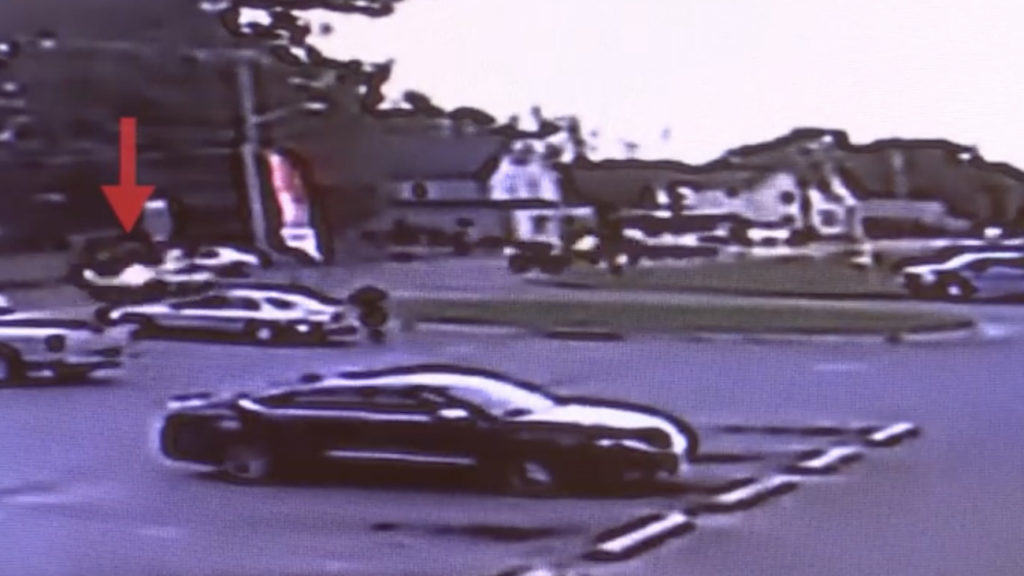 ANTON BLACK SR.: I said three or four times they’re lynching him. Except they don’t use a rope now, they use their arm.

TAYA GRAHAM: These are the final moments of Anton Black’s life, the young man who died on the steps of his mother’s home in Greensboro, Maryland during an arrest in September. As the body camera shows, Black was set upon by several police officers and a civilian after they chased him when a white woman called 911, claiming he was dragging a young boy. The alleged kidnapping victim turned out to be a relative and the father of the boy says the allegations were false.

So when you heard that someone called the police on Anton and your son, saying that them walking down the street–they construed it as being an abduction or some kind of kidnapping. Does that seem right to you from what you know of your son and what you know of Anton?

KEVIN BORDLEY: No I don’t.

TAYA GRAHAM: May I ask how your son is dealing with the loss of his friend Anton?

TAYA GRAHAM: But despite that, and calls from Anton’s family for justice, the police department said the officer’s actions were justified.

SPEAKER: What do you think, how does that use of force stack up? I mean, was it too much? What were those guys dealing with?

BILL GLEASON: Just based on the video, my opinion right now, just based the information that I’ve seen, that it was an appropriate level of force. And the legal standard is reasonable, was the force reasonable? You can see there was a taser deployment, the taser did not take effect. There was one deployment, and in order for the taser be effective, both prongs need to make contact with the body. And you will see a change in behavior, you will see the body–the person–tense up, and you can see Mr. Black did not do that. So it’s my opinion that the taser deployment was not effective, and it was just one deployment and he kept going. At that point, he was still what I call an active aggressor. He wasn’t just physically resisting, he was actively assaulting the officers, the chief from Ridgely, by pushing him back.

TAYA GRAHAM: And Caroline County State’s Attorney’s office declined to charge them. But for his family and friends, it was an inexplicable decision that only made the pain of losing Anton worse.

MONIQUE SORRELL: They made me feel like my brother’s life was not important, like they did not care about Anton’s life. We sit here, we’re hurting, they’re home. Like my sister said, they’re home with their family.

TAYA GRAHAM: The report that prompted prosecutors not to charge came in the form of this autopsy from the Maryland state Medical Examiner’s Office. Despite listing over 44 injuries all over his body, they ruled that Anton’s death was an accident due to a congenital heart condition. But a well-known forensic pathologist says that that decision is not just wrong, but irresponsible.

CYRIL WECHT: I have reviewed the autopsy report from the Baltimore Medical Examiner’s Office regarding the death of Anton Black. I strongly disagree with the final diagnosis that the cause of death was a coronary artery anatomical aberration.

TAYA GRAHAM: Cyril Wecht was the former president of the American Academy of Forensic Science and a noted medical pathologist. And he says the cause of Anton’s death was due to this: when the officers put their full weight on Anton.

CYRIL WECHT: That defect had been present in Mr. Black’s life his entire life and had not produced any problems to my knowledge from reading the reports. How convenient that he should have died from that defect at the time that he is being restrained in a position has been barred, banned, and prohibited from various national police agencies throughout the country and elsewhere in the world. This is a classical case of positional asphyxiation, in which somebody is placed face-down and then someone leans on his back, presses down on his back, he’s tasered after several minutes, and then he goes limp. That’s a classical case of positional asphyxiation.

STEPHEN JANIS: So you would have ruled this a homicide by asphyxiation, or how would you have ruled it?

TAYA GRAHAM: We asked the Maryland state Medical Examiner’s Office to comment on Wecht’s analysis, but they declined. But that’s not where the questions about the case end, because The Real News obtained this exclusive surveillance video that has not yet been made public, and it shows something curious.

The video captures the moments just before Anton and his twelve-year-old cousin-in-law encounter Officer Tom Webster. Webster was the officer who responded to the call of the kidnapping, but the video shows Anton and his alleged kidnapping victim walking side by side. And when the police car approaches, they both walk around the car and talk to the officer. And then later, two men both pursue Anton and they leave the young boy in the hands of a civilian, a fact his family says raises questions not only about the justification for the stop in the first place, but the motives of the people who chased him.

STEPHEN JANIS: And what did you see on that footage?

RICHARD POTTER: I saw two individuals walking up the road, the main road of Greensboro, and then all of a sudden you saw this police car come up. And then there was another individual who ran from out of the store over there and there was–it looks like maybe an exchange or something happened, and then you see Anton run. And then the police went and got in their vehicles and then started going after him.

STEPHEN JANIS: What would be the plausible explanation for approaching him in the first place?

RICHARD POTTER: You know, that’s a really good question. And that’s what we’re trying to find out, is what was your reason for approaching him when you got the call of an alleged kidnapping, but there stands the child?

TAYA GRAHAM: We asked Caroline County prosecutors to comment on why officers stopped Anton, but they did not respond. But unanswered questions and the doubts about the evidence only heighten the pain for the people Anton left behind.

ANTON BLACK SR.: They broke in my car and tased him. For what, what is all that for? Did anybody see him beat somebody down? Did the cop see him with a chain on somebody? You see him walking up the street, cop called him, he goes over to him like I would. Next thing you know, all these white guys are running after him. He’s standing there looking at them, they’re running towards him. So he jukes one and gets bombed and runs.

TAYA GRAHAM: Last week they gathered in a church to recall the boy he was and the man he might have become.

AMIA MCGOWAN: We don’t want his character being demonized. We don’t want you all to believe the lies that people are saying in the community and the world. Anton was not that person they’re trying to infer him to be. He was not abducting anyone.

TAYA GRAHAM: Amid the morning, a question loomed, why? Why did they chase a young man who had done nothing wrong, and what had he done that was so threatening he had to be chased and shackled? Questions his family said must be answered to ensure that another innocent unarmed Black man does not perish in vain.

ANTON BLACK SR.: You don’t want it to happen to your child. Terrible thing. He did nothing. If you knew him, you would have loved him too.