Executives of Sears stand to gain up to $1 million in bonuses, should Sears be liquidated, and $500,000 if it’s restructured. Meanwhile, ordinary workers at Sears are being laid off without severance payments. Bill Black talks about how US bankruptcy law is rigged to favor executives

Executives of Sears stand to gain up to $1 million in bonuses, should Sears be liquidated, and $500,000 if it’s restructured. Meanwhile, ordinary workers at Sears are being laid off without severance payments. Bill Black talks about how US bankruptcy law is rigged to favor executives 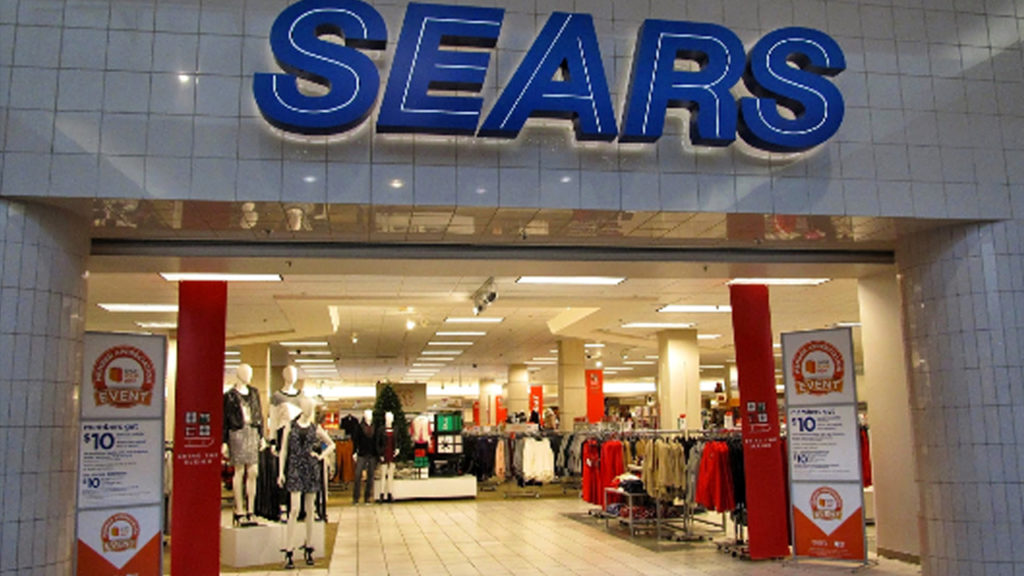 The department store, Sears, is in the process of seeking approval for bankruptcy restructuring that would allow it to pay its top three executives one million dollars in bonuses each if the company goes out of business. Also, the agreement would give other executives as much as 25 million dollars in bonuses. Meanwhile, Sears is closing hundreds of stores and laying off tens of thousands of employees who are receiving no severance pay.

Joining me now to discuss the Sears bankruptcy process is Bill Black. Bill is a white collar criminologist, former financial regulator and Associate Professor of Economics and Law at the University of Missouri – Kansas City. He’s also the author of the book, The Best Way to Rob a Bank Is to Own One. Thanks for joining us again, Bill.

GREG WILPERT: So according to the bankruptcy court filing, apparently top Sears executives would receive only 50,000 dollars if Sears remains in business, but if it goes out of business, they would receive one million dollars each. Doesn’t this amount to a reward for going out of business? What is the logic behind such compensation decisions, and why would a bankruptcy court even approve of such a thing?

BILL BLACK: So this is called a strategic bankruptcy. And an Ayn Rand devotee, Edward Lampert, through a hedge fund, bought Sears over a decade ago and has absolutely destroyed its value in pursuit of short run gains for himself. And this is, one hopes, the final stage of the looting, but God only knows, it may only be the penultimate stage of it. The whole idea of this kind of strategic bankruptcy is to avoid your debts to workers in particular. You want to reduce your pension fund and, as you say, get out of contracts that would normally require you to pay severance and such. But you have to keep the senior executives loyal to you, in particular, because Lampert was forced out as CEO. So he now is dependent on his former lieutenants to keep him in the game. And it’s a complicated thing that I won’t describe, but Lampert’s entities are involved in this supposed bankruptcy reorganization as what’s called a stalking horse. So he’s playing yet another role and the creditors believe he’s probably trying to loot the place one more time.

Now, Congress, in 2005, changed the bankruptcy laws to try to reduce these abuses. So these are the end stage looting where the senior managers yank a big chunk of the remaining cash out, and as you say, they are taking it straight out of the mouths of the workers’ kids. And Congress said you can’t pay people just for staying with a company in circumstances where there is a bankruptcy filing, you have to pay them for extraordinary performance that is way off the charts difficult to do. Except that this bonus pool that you talked about, the first tranche, the first group of this, pays off basically in two months. So there’s no conceivable way that these executives are doing anything extraordinary, and if they did, that would probably be worse news because what they would be doing is another short-term scam. Because these are the same managers that have been absolutely destroying Sears for a decade.

GREG WILPERT: Now, presumably, bankrupt companies are not required to pay severance, but clearly the executives are receiving a form of severance pay in the form of bonuses that they’re about to receive. So what does this say about the labor and bankruptcy laws of the United States? I mean, how does this even make any sense?

BILL BLACK: Well, it’s been a rigged system for decades. And Congress keeps coming back and making it more rigged. So anyone’s who’s got a college degree and has had these terrible debts pile up knows that they pretty much can’t discharge in bankruptcy anymore any of their student loans, and the only exception was Obama was finally forced into dealing with some of these fraudulent colleges, these for-profit colleges, and Betsy DeVos has gutted that as well. So it’s rigged against students, it’s rigged against workers and it’s rigged in favor of the executives. As I said, in fairness, Congress tried in 2005 to restrict this ability to pay something, as you say, akin to severance to the top executives. So they shouldn’t, in fact, be eligible at Sears. Indeed, all of them should have been fired and a trustee in bankruptcy should have been appointed.

Now, a trustee in bankruptcy can be appointed by the bankruptcy court where they don’t trust the management. This was done, for example, at Enron. And then you can have real investigations, as they did at Enron, that discovered and documented all the massive frauds, including the frauds by the top executives and the bankers. The unwillingness to do that, even in a place like Sears that has a terrible track record for over a decade by this management team of destroying value, shows you the complete outrage, that they’re willing to leave in control precisely the people who have looted and destroyed what once was one America’s great corporations, and even though they have a track record, as I say, of over a decade of just absolute dissolution, destruction of value.

GREG WILPERT: Now, why is a trusteeship in bankruptcy not being considered in this case? I mean, what is going on with it in terms of the bankruptcy courts?

BILL BLACK: So the strong presumption is against the appointment of the trustees. In bankruptcy jargon, the typical thing in a corporation when it’s called a reorganization, that’s Chapter 11 as opposed to Chapter 7, which is liquidation under the Bankruptcy Code, the strong presumption is that the debtor in possession, the DIP, as they’re appropriately called – in other words, the CEO ran the place into the ground gets to continue running it under the theory that they know the place best. In a place that’s simply mildly incompetent and had tough economic times, you can see the logic. But in a situation where much of this time has been in the strongest economic expansion, the Obama-Trump expansion is one of the largest and longest in U.S. history, and Sears has completely collapsed in it, the presumption should be the opposite in that kind of institution, especially when there are many serious allegations of insider abuse, as they’re most assuredly are at Sears, the strong presumption should be, A, that we appoint a trustee, and B, that that trustee investigates prior senior management.

GREG WILPERT: So now, the labor campaign group, Rise Up Retail, has pointed out that this is actually something also that happened with Toys R Us when they went out of business, that the top executive received millions and millions of dollars on this pay-in, the workers, the employees, didn’t even get severance. How common is this practice of providing these kinds of severance bonuses while paying not severance to laid off workers?

BILL BLACK: Oh, this is absolutely the norm. And again, strategic bankruptcies where you don’t necessarily have to go into bankruptcy, but you do so to screw the workers and benefit the executives, are extremely common among the wealthy. And that’s being done in this case, and Toys R Us is a good example. What kind of bonuses – remember, in 2005, Congress changes the law to say you’re only supposed to be able to get a bonus for really extraordinary efforts. Well, Toys R Us just died. It wasn’t brought back to life as some wonderful, efficient entity through brilliance of the management team under bankruptcy. So under the very logic of the 2005 Reform Act, they should have gotten zero in the way of bonuses. So you can see that’s yet another area where, in practice, the bankruptcy judges tend to be extremely generous to the senior management that have looted and destroyed the place, and extremely hostile to the workers. It’s an outrageous, utterly stacked system, and it’s getting worse, and it should be a major area where the House of Representatives, under the new majority, should be acting to reform the law.

GREG WILPERT: Okay. Well we’re going to have to leave it there for now. I was speaking to Bill Black, Associate Professor of Economics and Law at the University of Missouri, Kansas City. Thanks again, Bill, for having joined us today.

GREG WILPERT: So if you like Real News Network stories like this one, please keep in mind that we have started our winter fundraiser and need your help to reach our goal of raising 400,000 dollars. Every dollar that you donate will be matched. And unlike practically all other news outlets, we do not accept support from governments or corporations. Please do what you can today.