Chris Ervin knows firsthand the challenges of reforming the prison system. He spent time in prison and now has his own re-entry program where he trains former prisoners in the trucking industry and getting their commercial driver’s licenses. He faces unique challenges in his run for city council in unifying diverse neighborhoods such as Roland Park and Park Heights around issues affecting District 5

Thanks for joining me. Tell me, what are some of the main issues affecting your district, and how do you envision people resolving some of them?

CHRISTOPHER ERVIN: Well, thank you for having me. The issues in the district are varied depending on where you are in the district. But some of the main issues that stand out right now are related to economic development and economics in general, people’s income, disparity in employment, and economic potential. So that’s why we do the training that we do up here, training people who have experienced incarceration to get their commercial driver’s license.

CHRISTOPHER ERVIN: I am. Because as different, as you stated, people are, as many things as we can find different between each other, we all have things in common. We’re so used to dealing with each other based on our differences, it’s rare, and it seems almost in these times, with this president and everything else, people focus on the differences and they want to distance themselves from each other, when we actually have more in common than we do different.

CHRISTOPHER ERVIN: So right now in Baltimore City, there’s a lot of questions and a lot of concerns around the educational state of the city. Regardless of what your religious background is, everyone cares about their children. Regardless of what your economic background is, everyone cares about their children. Everyone wants to feel safe in their home, and they want to feel safe when their children play in front of their homes.

And so, when we focus on the care and needs of our children, the concerns for our children, not only the safety of children and turning it into a completely conservative question of who’s safe in their home, but also the ability of children to just play in their communities. They have recreational needs that actually lead to some of the stability of mental health. It helps shape children’s minds to have those recreational outlets. We don’t discuss that enough, that these are the things that people are concerned about, regardless of the differences.

EDDIE CONWAY: What are you bringing to the table that a thousand other people haven’t brought? What’s different here?

CHRISTOPHER ERVIN: The same lived experience of the people who are right now most affected in the city. If every day the people, the elected leadership of this city can talk about crime, every day that is their number one conversation, about crime, and yet none of them have come to visit this program. Not a single one of them. If every day across this city, people can be so worried about crime but not understand everything that I just laid out to you.

People, whether they did commit a crime, whether they were engaged in an environment where there were crooked police so they were accused of crimes, if they don’t understand what it’s like to live like that, then they won’t understand the drivers that have people in those positions. They don’t understand what it is to owe more money than you can make, simply because you just came home from prison. And if you just came home from prison, you most likely were in close contact with people who taught you how to do what you may been accused of, whether you did it or not, they told you how to do it better. So you do come out with a set of skills. The question is, do we want them to apply those skills to move it forward, or do we want to give them a new set of skills?

So with the economic development, there’s a lot of focus on Park Heights. And Park Heights, while a lot of people think of lower Park Heights, there’s Park Heights from Northern Parkway below, as well, and then there’s moving east and west from Roland Park over to Howard Park. Until we can remove some of the divide from the district, divided by community, divided by religion, divided by all methods of division–mind you, it won’t be easy. Baltimore City has been the Baltimore City that we know for a long time. But I think a lot of times we do what we’ve been doing because that’s what we’re comfortable with and it’s a little difficult to think outside of the box. But we’re going to have to if we want to develop all of Park Heights, as the master plan discusses, if we want to bring communities together from one side of Northern Parkway or the other, if we want to close the gap economically, which the fifteen dollar an hour minimum wage will do.

We have to not only be in the community talking about these local issues, we also have to be in Annapolis discussing the statewide issues, or at least be aware of them. Even as a City Councilperson in areas that are not necessarily under your specific purview, you have a bully pulpit. Our City Councilpeople–some do, but not enough do–spend time with the Baltimore Delegation, taking the issues that they should know firsthand, because they’re in these kinds of spaces in close proximity to people, taking these issues to the Baltimore Delegation partners and saying these are some of the issues that we need to look at, if not focus on, when we shake legislation in the upcoming session. I don’t believe that they should be totally separate entities, they should be working hand in hand, City Council and Baltimore Delegation.

CHRISTOPHER ERVIN: So I don’t think any City Councilperson can just generate money, I think that they have to be able to have vision. So perfect instance, I live in Howard Park. The Ambassador Theatre sits in disrepair and has been for years. That’s an engine that in a lot of other neighbors–you go in different parts of the city where they did The Parkway, The Senator, The Charles Theater, and look at the environment around those various theaters. And when you don’t just focus on that single entity, and instead look at the corridor, take Eastern Avenue, and you develop a corridor, then you bring money into the community.

Now, how you do that, even as the local representative? You need to develop relationships with developers who will see an empty theater, who will see a theater that has a history going back beyond 1940, and remember how Main Streets were developed in communities. Because that’s where you develop social space, bowling alleys, diners, theaters, they served a purpose of providing that type of social space for the community, so then the community developed groupthink. Groupthink is not always a bad term. And so, you have to develop the relationships with people who can manifest your vision when you’re able to get them to buy into it. So that’s a way of bringing in money, by showing the areas of a district like this that need the development.

EDDIE CONWAY: The point you made about Roland Park having a tax base and this community not having a tax base is an important part in terms of a main street corridor or anything else. You’ve got to have employment, you’ve got to have money. How do you propose–I mean, I hear the fifteen dollar minimum wage thing and this ideal, but how do you propose to bring jobs to your district?

CHRISTOPHER ERVIN: I will be very clear, open, and up front. I’m not bringing jobs to the district, I’m training people to go get the jobs where they are. The trucking industry in particular is one of the most in need of workers industry out there, period. I think nationwide, it’s somewhere around–it starts with a five and ends with a zero, so it could be fifty or five hundred thousand, and five hundred sounds like a lot, but we’re talking about nationwide. So at any rate, this industry, trucking transportation, is the most in need of workers industry. This is why we recently had announced a partnership with Baltimore City Community College, and we are actually running the entire transportation program for them, which is going to include some more things to come. Keeping that under wraps right now.

EDDIE CONWAY: Thanks for joining me for this episode of Rattling the Bars. 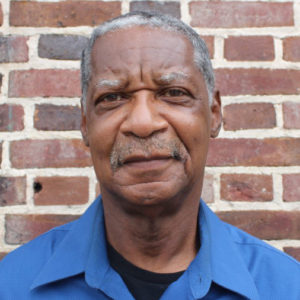