Academy Award-winning filmmaker Oliver Stone speaks about the life and legacy of dissident journalist and historian William Blum, who documented US war crimes and CIA interventions across the planet

Academy Award-winning filmmaker Oliver Stone speaks about the life and legacy of dissident journalist and historian William Blum, who documented US war crimes and CIA interventions across the planet 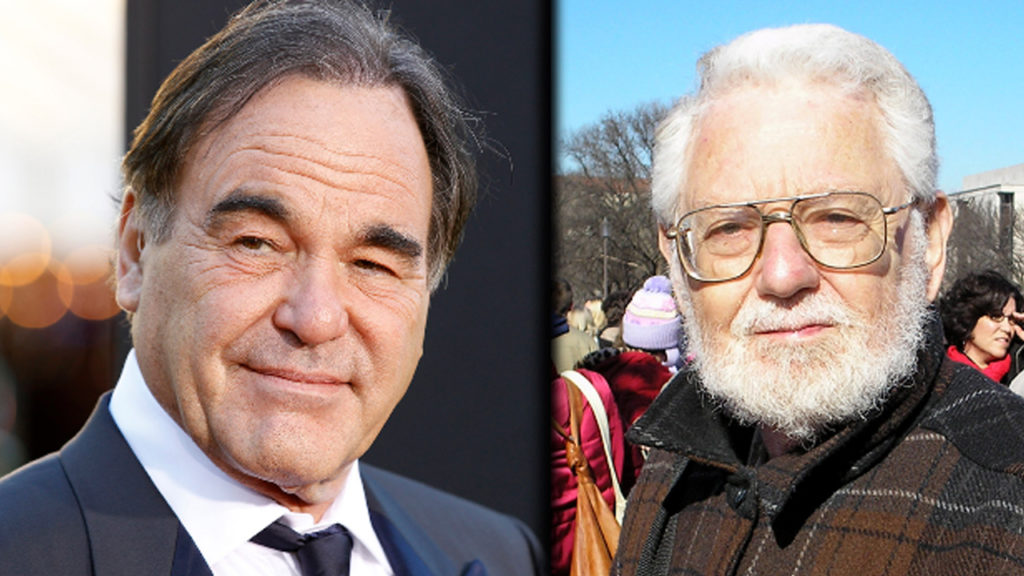 The world has lost an antiwar legend. The renowned historian and journalist William Blum died on December 9 at the age of 85. He was a lifelong anti-imperialist committed to exposing U.S. war crimes and CIA covert activities across the globe. Blum was the author of several influential books, including Rogue State: A Guide to the World’s Only Superpower, and Killing Hope: U.S. Military and CIA Interventions Since World War II. And to discuss Blum’s legacy we have the privilege of being joined by Academy Award-winning filmmaker Oliver Stone, who was a friend and supporter of Blum. Thanks for joining us, Oliver.

BEN NORTON: So you personally knew Mr. Blum, and you were a supporter of his work. Can you tell us about his life and legacy?

OLIVER STONE: I wasn’t that close to Bill, but I met him a couple of times. And I met him again most recently at Bob Parry’s house, when Bob gave a dinner–lunch, really–and it was … Let me put it this way. Bill was also at the JFK seminars in Washington, D.C. He followed these things. But I would say that most importantly, he wrote amazing, two amazing books that I know of. Rogue Nation, which was 2000, I believe, came out. A listing of all crimes of the CIA. Amazing story, amazing amount of detail and research. Very specific. He followed that up with Killing Hope, where he repeated many of these themes, and he added information from that period; it came out in 2003.

Both books really belong in universities, to be studied by major universities. Everybody across the board, even high schools. This is important stuff, and it’s been ignored. This is, I would call it, a dissident historian, if you’d like. In the old Soviet Union they’d call him that. He was a true dissident, because he called things as it was. He grew up influenced by his East Coast background, Jewish parents. He called it as it is. He was like one of those people that you meet in life, I’ve known quite a few of them, and they’re older now, unfortunately. And I wish that their influence could be felt in our younger generations. Very important that we continue this sort of I.F. Stone tradition, this George Seldes tradition in journalism of telling the truth.

BEN NORTON: Yeah, the muckrakers who unfortunately largely have disappeared in the 21st century. And speaking of that, I wanted to ask about some of the mainstream media smears of Mr. Blum. In fact, most outrageously, The New York Times published an obituary with the title William Blum: U.S. Policy Critic Cited By Bin Laden Dies at 85.

So we have the U.S. newspaper of record reducing the entire decades-long career of this renowned historian who reported on U.S. war crimes, reducing him simply to someone who was once cited by Osama bin Laden, as if that summarizes his whole legacy. How do you think that the corporate media works to assassinate the character of dissidents like him and other truth tellers?

OLIVER STONE: Having seen so many crimes done by the media, by the state, I don’t consider that a major infraction at all. I kind of laugh at it. Because, you know, Bill would have been happy to see that headline, probably. He always considered himself a pest, a gadfly. And Socrates was, too. I imagine if you look at Socrates’ obituary; you know, enemy of the state cited by rebels, this, that. They would have said horrible things about Socrates, too.

I actually read the obituary. It’s not bad. And I was surprised, because it’s written by a neoconservative character from the New York Times, Sam Roberts, who’s been around for many years, and has done quite a hit job on a lot of stuff. But actually, I thought the review was fair. I mean the review of his life was fair. It wasn’t very long. But he’s an important figure. He really was a man of tremendous integrity. He stayed like a priest. He was–I don’t think he made much money at all. I think he had to struggle all his life. You know, we supported him where we could, we sent money when we could. He ran something called the Anti-Empire Report, which is an excellent blog for several years. I mean, maybe 12, 15 years, I’m not sure. Anti-Empire Report. And it’s worth looking at as a history of this period.

He was highly opinionated. Yes. But always an interesting writer. Different. And he always kept track–you see, that’s what we’re losing. We forget the crimes of the CIA and the State Department and the government. We forget. We go onto the next thing. And as Bill said once, you know, thinking that the United States has good intentions, we allow for all these horror shows to happen. Bill was a record-keeper. We need that.

Oliver Stone is a three-time Academy Award-winning director and screenwriter. A Vietnam War veteran, he has made around two dozen acclaimed films, including Platoon, Wall Street, Born on the Fourth of July, JFK, Nixon, W., and Wall Street 2: Money Never Sleeps. Now Oliver Stone and historian Peter Kuznick from American University have teamed up…