The Trump administration is evaluating oil sanctions on Venezuela now. The sanctions that are already in place lead to many deaths and make an economic recovery practically impossible, says CEPR's Mark Weisbrot

The Trump administration is evaluating oil sanctions on Venezuela now. The sanctions that are already in place lead to many deaths and make an economic recovery practically impossible, says CEPR's Mark Weisbrot 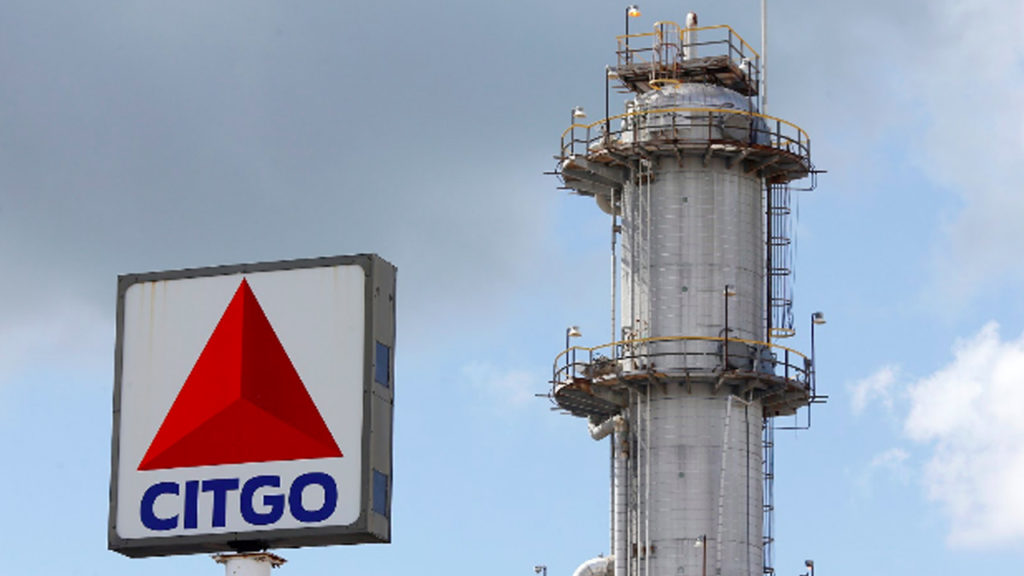 Is the U.S. government getting ready to impose further and harsher sanctions on Venezuela? Reuters reported on Thursday that the Trump administration recently met with oil company executives to explore the possibility of imposing oil sanctions on Venezuela. Approximately half of Venezuela’s oil exports continue to go to the United States. This is despite various financial sanctions that the U.S. already has in place against Venezuela, and against the Venezuelan government officials. Oil sanctions have often been considered against Venezuela, but so far haven’t happened, presumably because of the effect it would have on the U.S. oil market and on U.S. refiners. Reuters quotes one executive as saying that “the new oil sanctions are more serious than I’ve heard before.” Related to the possibility of new sanctions on Venezuela is that President Nicolas Maduro was inaugurated for a second presidential term last week, and the U.S. and many other countries refused to recognize him as the legitimately elected president.

Joining me now to discuss the economic impact of sanctions on Venezuela is Mark Weisbrot. Mark is the codirector of the Center for Economic and Policy Research, and he is also a longtime observer of Venezuela’s economy. Thanks for joining us today, Mark.

MARK WEISBROT: Thanks, Gregory. Good To be with you.

GREG WILPERT: So, a year and a half ago President Trump significantly intensified the sanctions that President Obama had already placed against Venezuela. That is, he prohibited all U.S. citizens or institutions from trading in Venezuelan debt. This had various ripple effects which made it very difficult for Venezuela to engage in international financial transactions in general. Tell us about the broader consequences these financial sanctions of the Trump administration have so far had on the Venezuelan economy.

MARK WEISBROT: Yes. Well, most of the impact hasn’t really been reported here, because I think the basic theme in the media is that everything that’s gone wrong in Venezuela is a fault of the government. Of course, the government says there’s an economic war, and they don’t want to acknowledge that. So you don’t even see reporting.

So for example, you had a collapse of oil production following the sanctions of August 2017. And you can see this on the graph. This graph is from Francisco Rodrigues of Torino Capital. And he published this, he actually published it with the Washington Office on Latin America. And Torino Capital–Francisco himself is probably the leading expert and authority on the Venezuelan economy anywhere. And so–and there’s no debate about the data. And you can see what happens, both–this is a graph of oil production in Venezuela from 2013-2018. And for a while, of course, both graphs are flat. The orange one is Colombia. And the blue one is Venezuela.

And so you can compare the two, and you can see they both decline at the same time and in roughly the same rate in response to the drop in oil prices. And then the Colombian oil production levels out, whereas after August 2017, Venezuela’s production just falls through the floor. And that’s a result of the sanctions.

And the interesting thing is that even though this was published, and it’s readily available, and there’s absolutely no one who challenges it, none of the media, as far as I can tell, even reported this impact of the sanctions that have devastated Venezuela’s oil production. And it’s kind of strange, because you know, most of these reporters and editors are in favor of the sanctions. And you would think they would at least want to report what the sanctions did. But they don’t. And there’s an almost military discipline about it that nobody will talk about it.

And of course they don’t talk about the other impacts of the sanctions have. This impact, but also the other impacts of the sanctions, do actually kill people by depriving them of access to medicines. That is, the loss of oil production means less dollars for the country and for the government, which means less medicines, lifesaving medicines available. And then of course, as it destroys the economy, and also because there are many other impacts, as well, that lead to loss of life.

So for example, even though the sanctions don’t say that financial institutions can’t give credit for medicines or food, that ends up being the case. They end up not giving this credit because they’re being conservative. They don’t want to run into a legal problem with the U.S. government or get fined, you know, hundreds of millions of dollars as other governments have been for violating various sanctions that the United States has put on countries like Cuba, or Iran, or North Korea.

So this is really the impact. The sanctions have an enormous impact on the economy. And the other impact that they have, of course, is they make it nearly impossible for–and maybe even impossible–for the economy to recover from the devastating hyperinflation and depression that they have now.

GREG WILPERT: As I mentioned in the introduction, the Trump administration is once again actively considering oil sanctions against Venezuela. If that were to happen it would reduce Venezuela’s export income by approximately 50 percent. What effect would that have on the country if it were to happen?

Yeah, that would, that would be, make everything much worse. I mean, it’s already quite bad. They’re in a serious depression. And they have extreme hyperinflation, probably over a million percent by now. And it’s continuing.

So for example, you can see in Argentina how much trouble they are getting just trying to bring down inflation from 46 percent. But when it gets to the range that it’s in hyperinflation, and in the range that’s in in Venezuela, there are ways to get rid of it rather quickly. So for example, in Bolivia in 1985 they had hyperinflation that was comparable to this, and they got rid of it in 10 days. And so the way in which they get rid of it is, in most cases, is called exchange rate-based stabilization, where you create a–you basically have to create a new currency system. And so you peg your, fix your currency to the dollar at a rate that is reasonable. That is, that reflects current economic reality. And then you have to take a series of measures to restore confidence that the government isn’t going to keep printing money, isn’t going to keep running deficits and printing money to pay for that, and isn’t going to solve the money supply to grow at a rate that will give you hyperinflation or contribute to inflation. And then there are other steps they have to take afterwards.

But in the cases of exchange rate-based stabilization, the economy grows. It actually grows as you get rid of the hyperinflation. That is, they don’t have to go through any kind of austerity to get rid of this kind of inflation. I mean, they’ve already done that adjustment. The imports of Venezuela have shrunk by more than 80 percent in the last six years. And you know, make a comparison in Greece. Six years of depression, they reduced imports by 36 percent. So they’ve adjusted, they’ve done all the hard parts in terms of the real economy. And they would actually recover. I think that is the other thing that nobody reports, but any economist could tell you about this situation. The sanctions make it pretty much impossible for the government to implement that. Probably the easiest way out of the economic crisis.

GREG WILPERT: Yeah, I think that’s a very important point. And of course, imposing oil sanctions will only make the situation even worse, and make it impossible to apply those measures that you’re talking about. But why do you think the Trump Administration, specifically Vice President Mike Pence, who’s taking the point role on this, why is the Trump administration considering making this move now to impose further sanctions? And who do you think would benefit? I mean, what’s behind this?

MARK WEISBROT: Well, it’s a coordinated effort. They have these right-wing governments in Argentina and Brazil, and other countries. And so they all obviously made a decision, together with part of the opposition in Venezuela that’s also trying to overthrow the government, and that’s what all this is. I mean, it’s not, you know, something that’s to pressure the government to do something. There’s nothing the government could do except collapse or resign to get rid of these sanctions. And it’s not even clear they’d get rid of it, you know, if Maduro resigned, for example. I mean, the U.S. wants its people in power. They’re not really interested in elections, or any kind of peaceful or negotiated transition. They just want to get their people in there. And I think they probably picked this time because January 10 was the inauguration of Maduro. And so this was a date that they could use for their media campaign.

GREG WILPERT: OK. Well, we’re going to leave it there for now. I’m speaking to Mark Weisbrot, The co-director of the Center for Economic and Policy Research. Thanks again, Mark, for having joined us today.