Michael Ratner makes the case for how Israel, since 1947, engaged in international crimes, including incremental genocide, crimes against humanity, and apartheid

Michael Ratner makes the case for how Israel, since 1947, engaged in international crimes, including incremental genocide, crimes against humanity, and apartheid 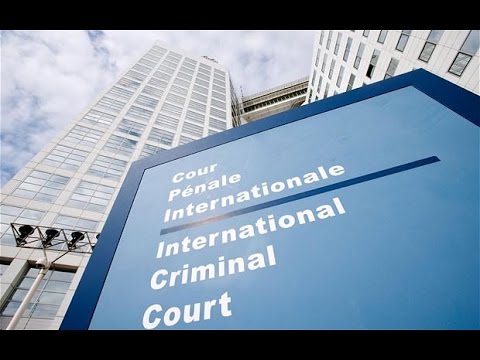 JESSICA DESVARIEUX, TRNN PRODUCER: Welcome to The Real News Network. I’m Jessica Desvarieux in Baltimore. And welcome to this edition of The Ratner Report.

Now joining us is Michael Ratner. He is the president emeritus for the Center for Constitutional Rights.

Thank you for joining us, Michael.

MICHAEL RATNER, PRESIDENT EMERITUS, CCR: It’s always good to be with you, Jessica, and The Real News.

DESVARIEUX: So, Michael, what are you working on this week?

RATNER: The news is really, for me, particularly heartbreaking. It’s about Gaza, Israel’s assault on Gaza. And today I want to talk about Israel, but particularly its criminality–its war crimes, genocide, crimes against humanity, and apartheid. Of course, it’s a criminality that could not be carried out by Israel without the weapons and support of the United States. As I said, we’re living through what I consider to be a heartbreaking and criminal Israeli assault on Gaza. There’s 1.8 million people locked in an outdoor prison, deprived for years of the necessities of life, and now murdered and maimed by bombs and a military assault from Israel.

Gaza’s not giving up in the face of the assault, despite the incredible damage. And now they’re being joined by Palestinians in the occupied territories of the West Bank. In addition, there are masses of people throughout the world engaging in militant protests. And we’re seeing a change, but, of course, at a very high cost to the Palestinians.

The numbers killed are remarkable and numbing, and who they are that are being killed. The Palestinian Centre for Human Rights, which the Center for Constitutional Rights works closely with, it’s headed by a man, Palestinian, named Raji Sourani. They put out daily reports. As we speak today, on 26 July, there’s been 808 people killed in Gaza. Astonishing: 666 of those are civilians, 81.5 percent; 194 our children, 24 percent; over 4,000 wounded, mostly civilians. What we’re seeing by Israel is the targeting of houses, schools, hospitals, and even a UN shelter housing refugees.

The war crimes are open and notorious. They’re violations of the Geneva conventions, and many, including Raji Sourani, are giving incredible testimony about these violations of the Geneva Conventions. Roger calls it what it is: collective punishment meant to spread terror in Gaza. That is why Navi Pillay, UN high commissioner for human rights, says that there is a strong possibility that Israel has committed war crimes. And she referred the matter to the Human Rights Council. These are all crimes of the current Israeli onslaught.

But what I want to emphasize today is these killings are part of a broader set of inhuman acts by Israel constituting international crimes, carried out by Israel over many years, going back to at least 1947 and 1948. They include crimes that aren’t talked about that much in the media or the press, the crimes of genocide, crimes against humanity, and apartheid. These crimes can be prosecuted in the International Criminal Court and are defined there. They include what the well-known Israeli writer Ilan Pappé called incremental genocide. Pappé says he wants to place the barbarity of what Israel is doing in its proper context.

I’m a lawyer. I’ve looked at genocide. Genocide has two elements. One element is the mental element, the intent to destroy the whole or in part a national or ethnical or racial or religious group. Palestinians are clearly a national and ethnic group. And you don’t need to kill them all. You just need to have the mental intent to kill part of them. For example, it would be enough to have the mental intent to kill the leadership of the Palestinians or to kill people in one region. No doubt about that.

Genocide also requires that there be acts of genocide–killing members of the group, causing serious bodily or mental harm, or inflicting conditions of life calculated to bring about the physical destruction, in whole or part, of the people you’re trying to destroy. There’s no doubt again here this is “incremental genocide”, as Ilan Pappé says. iIt’s been going on for a long time, the killings, the incredibly awful conditions of life, the expulsions that have gone on for from Lydda in 1947 and ’48, when 700 or more villages in Palestine were destroyed, and in the expulsions that continued from that time until today. It’s correct and important to label it for what it is.

part of a widespread or systematic attack directed against any civilian population”. It’s carried out by means of murder, forcible transfers, torture, rape, and the crime of apartheid.

Again, the evidence here, from 1947 on, in what is now Israel, the occupied territories, the West Bank, today Gaza, is clear that crimes against humanity have been and are currently being committed by Israel.

Which brings me to the third international crime, the crime of apartheid. No doubt about apartheid. It’s defined as “inhumane acts” committed to maintain” the domination by one racial group over any other”. The inhuman acts include murder, bodily injury, mental injury, infringement of freedom or dignity–and this, importantly: measures preventing participation in the political or social or economic life of the country. Again, for any of us who know even the rudiments of the history of the Israeli oppression of the Palestinians, they are, have been, and are currently committing the crime of apartheid.

I stress these international crimes because it is important to put what Israel does with the support of the U.S. in its proper context. It’s not just about this current assault on Gaza, but an assault that has continued for almost 70 years. Yes, we must stop this assault, but it will not be sufficient. Yes, we must hold Israel and its leaders accountable and courts throughout this world. But that will still not be sufficient. The end, we must end the occupation and Palestine must be free.

DESVARIEUX: Alright. Michael Ratner, thank you so much for that report.

RATNER: And thanking you again for having me on The Real News.