As Mexicans get ready to vote for a new president on Sunday, they will probably punish the political class that led the country into a 30-year economic slump. CEPR's Mark Weisbrot analyzes Mexico's economic performance and the prospects for its economic future after the election

As Mexicans get ready to vote for a new president on Sunday, they will probably punish the political class that led the country into a 30-year economic slump. CEPR's Mark Weisbrot analyzes Mexico's economic performance and the prospects for its economic future after the election 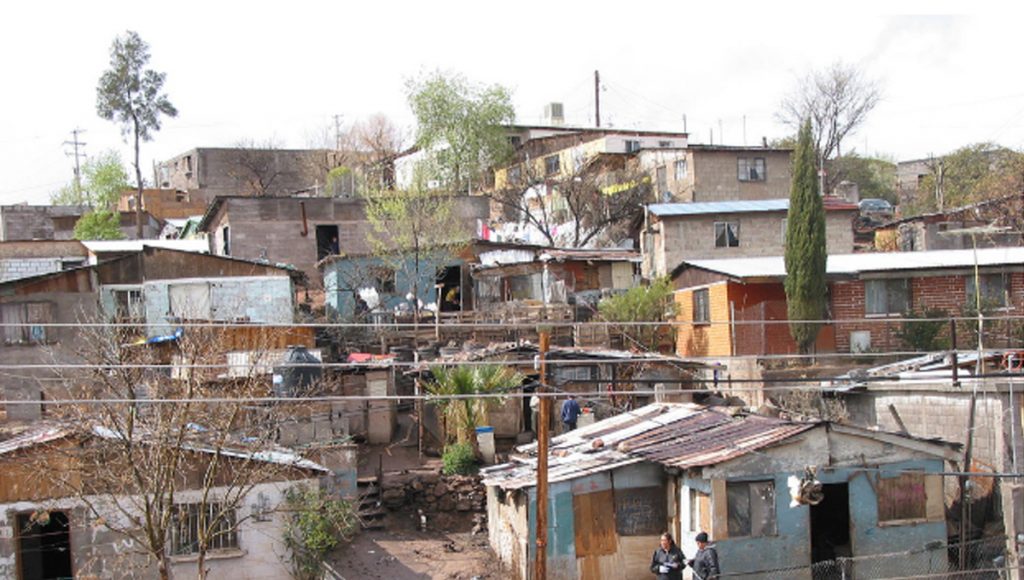 GREG WILPERT: Lopez Obrador also points out repeatedly in his campaign that in order to address the Mexico-U.S. immigration issue, Mexico needs to improve its economic performance. Certainly the other two establishment candidates, Ricardo Anaya of the conservative National Action Party and Jose Antonio Meade of the incumbent Institutional Revolutionary Party have also focused on the economy, but present very different proposals from those of Lopez Obrador.

Joining me to analyze Mexico’s economy in the run up to the presidential election is Mark Weisbrot. Mark is the codirector of the Center for Economic and Policy Research, and is the author of the book “Failed: What the Experts Got Wrong About the Global Economy.” Thanks for joining us again, Mark.

GREG WILPERT: So back in 2012, the leaders of all of the major political parties at the time signed the so-called Pact for Mexico. That pact included a general economic program that was supposed to bring Mexico out of its long-lasting economic slump. What happened, and what kind of economic policies resulted from this pact?

MARK WEISBROT: Yes. Well, the pact didn’t deliver on its promises, clearly. For example, they promised that growth would get go to at least 5 percent annual real growth, and it’s not quite half that. They promised to reduce inequality, and yet the income share of the top 10 percent, which was already very high. They had 35 percent of the income went to the top 10 percent. That went up to 36. And the bottom 10 percent stayed at about 1.8 percent, which is pretty small for 10 percent of the population. And so that didn’t happen. They were going to reduce poverty, and that didn’t happen, either. And you know, the percentage was reduced a little bit. But the number of people in poverty actually increased slightly.

I think what AMLO said was most important. Because most people don’t know this, either in the United States and probably Mexico, too, how long this failure, this economic growth failure, really has been. It’s almost 40 years now. You know, Mexico was once a fast-growing developing country from 1960 to 1980. The income per person, real income, practically doubled. And then it slowed down to about 9 percent for 20 years from ’80 to 2000. And here in the 21st century, Mexico ranks 18th out of 20 Latin American countries in terms of the growth of income per person. So he’s right about that. And I think that’s one of the reasons you have so many other social problems that you have there, including all the homicides and other pathologies of the drug war, and everything else.

GREG WILPERT: So what do you attribute this poor economic performance to? I mean, it’s lasted so long, you must have had plenty of time to figure out what is it that is, what kind of policy decisions, basically, lie behind it.

MARK WEISBROT: Well, there’s a whole combination of policy. I mean, part of it is NAFTA itself, right. There, you know, five million farmers were displaced from, you know, U.S. exports of subsidized corn and other agricultural goods. I think that was part of the story. I think the inappropriate fiscal and monetary policies, which are continuing, if you look even at the last five years, for example, you had these big, this big increase in interest rates. It started in December of 2015, where interest rates went from 3 to 7.5 percent, in, you know, which is where they are now. I think that was overkill in the economy.

And then you have this commitment to what the IMF and the government call fiscal consolidation. So when the economy begins to grow, even pick up a little bit, the first thing they want to do is pay down the public debt, which isn’t really that large. They don’t have a huge debt burden. They’re only paying about 2.9 percent annually of GDP and interest, which is not huge. And they don’t have a big foreign debt at all, and that’s the most dangerous part of the debt for a developing country, because that can cause balance of payments problems.

So I think you have a lot of inappropriate macroeconomic policy. You have very low public investment, which you need, you know, in education, infrastructure. And that has all fallen under the this pact in the last, since 2012, as well. So they really are continuing this model that really has failed for for almost four decades.

GREG WILPERT: Now, the two main establishment candidates, that is, Ricardo Anaya of the PAN, and Jose Antonio Meade of the PRI, or PRI, they are basically, their parties are signatories of the pact with Mexico. So we could, perhaps, it might be safe to assume that if they were to become, one of them were to become president, they would want to continue the policies of the current president of Enrique Pena Nieto. If that were the case, what would you predict for the Mexican economy? And you know, take into account, also, what external factors there are, that is, with regard to the to the U.S., what its economic effect on Mexico as well.

MARK WEISBROT: Yes. Well, you know, I don’t expect any changes from the status quo candidates if they were to win, because they signed onto the pact. And you know you also have this paper, which we used in our own paper on Mexico which is coming out tomorrow on the Mexican economy, which is this agreement with the IMF. It’s called an article for consultation. It’s not a loan agreement, but it’s an agreement on the basic principles of the economy and what their policy is. And you can see all these policies in there.

And the worst part is that, so you have these, you know, big downside risks right now. Because the Fed is committed, the Federal Reserve in the U.S. is committed to raising interest rates four times this year. You’re going to get capital flows from that that will go towards the U.S. for the higher interest rates from Mexico. You had that in 1994 when the Fed began a tightening cycle, raising interest rates in 1994. And you had the peso crisis, and they lost nine and a half percent of their economy in that crisis. And then of course, you know, Mexico is very tied to the United States, and is also especially vulnerable to the global financial turbulence that will, is quite likely, as the Fed continues to raise interest rates, we’ve already seen some of it in places like Argentina and Turkey. And this hits Mexico especially hard because they’ve liberalized their foreign exchange there, and their financial markets, like almost nobody else in terms of how free it is from any kinds of capital controls.

And so that’s often the place where investors go when things start to go bad in so-called emerging market economies. They sell off Mexican assets and stocks and bonds. And so that’s, that’s a big risk they have going forward. And you don’t know what the United States is going to do, also, in response to AMLO’s election. I think at first it will be OK, but they have leverage that they can use, as well.

GREG WILPERT: Well, speaking of which, what exactly would be that kind of leverage? I mean, AMLO currently is, that is Andres Manuel Lopez Obrador, as he’s known, by his initials. It’s expected that he’s going to win for sure, practically. I mean, he’s 25 points ahead, with something like 50 percent of the vote in most opinion polls. So assuming that AMLO does win and the election is more or less clean, what kind of leverage might the United States use against him?

MARK WEISBROT: Well, one thing that most people don’t know about is something called the Flexible Credit Line, which is a pre-approved line of credit from the IMF. This is something actually, it was a positive thing that the IMF created in the wake of the world recession. But for some reason, which you can guess, possibly, only three countries in the world are eligible, have been eligible for it. And they all happen to be right-wing allies of the United States. And that’s Poland, Colombia, and Mexico.

And that’s a big chunk of Mexico’s reserves. And so they could, the IMF, which for this hemisphere at least is controlled by the U.S. Treasury Department, could cut that. They could cut it back, or they could cut it off entirely. And I think that’s one thing that they will have to threaten the new government with. But I don’t think they’re going to be able to get away with that much, because I think, you know, if AMLO wins, he’ll have strong support. And he’ll be able to mobilize that. And I don’t think those kind of threats will necessarily do it.

GREG WILPERT: OK. Well, we’ll certainly be following this very closely. The election’s taking place this coming Sunday, July 1st. I was speaking to Mark Weisbrot, codirector of the Center for Economic and Policy Research. Thanks again, Mark, for having joined us today.

GREG WILPERT: And thank you for joining The Real News Network. Also, if you like stories such as this one, I want to remind you that we recently started our summer fundraiser and need your help to reach our goal of raising $200000. Every dollar that you donate will be matched. And unlike all other news outlets, we do not accept support from governments or corporations. Please do what you can today.