The trustees of the Medicare and Social Security trust funds released their annual report and the news was not good because shortfalls will come in eight years. However, it can be fixed because the main problem is uncontrolled healthcare cost increases, says CEPR's Dean Baker

The trustees of the Medicare and Social Security trust funds released their annual report and the news was not good because shortfalls will come in eight years. However, it can be fixed because the main problem is uncontrolled healthcare cost increases, says CEPR's Dean Baker 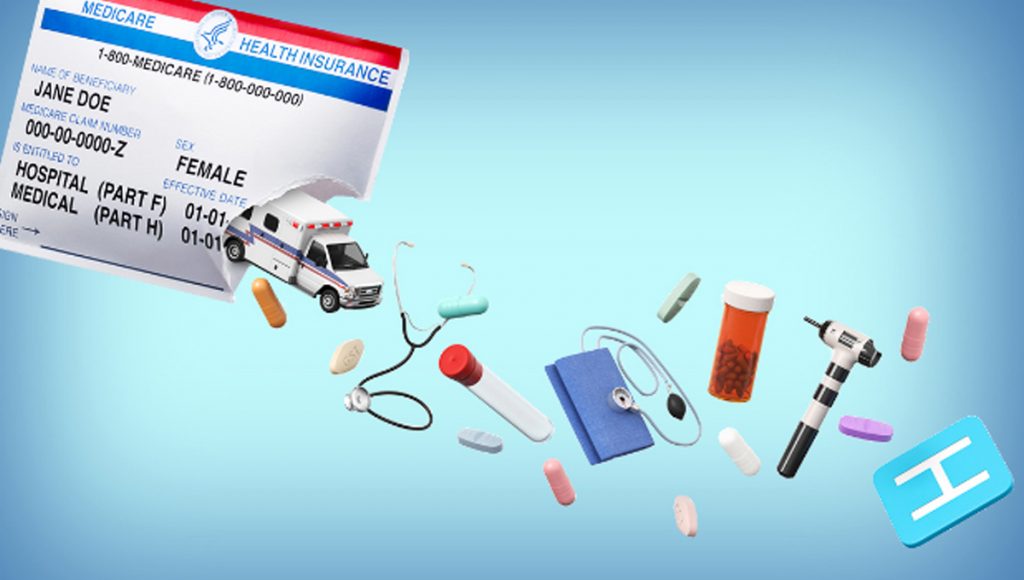 Medicare will become insolvent in 2026. That’s the headline that the Associated Press used for its story on the Social Security and Medicare trustees annual report that was released on Tuesday. But will it be insolvent? And how serious is the situation with Social Security? Will it fail, too? Joining me to discuss this issue is a longtime observer of the Medicare and Social Security trust fund, Dean Baker. Dean is a senior economist at the Center for Economic and Policy Research in Washington, D.C., which he cofounded. He’s also the author of the book “Rigged: How Globalization and the Rules of the Modern Economy Were Structured to Make the Rich Richer.” Welcome back, Dean.

DEAN BAKER: Thanks for having me on, Greg.

GREG WILPERT: The AP headline that Medicare will be insolvent by 2026 certainly sounds alarming. That’s just eight years from now. First of all, is it true? And second, if not, what does the annual trustee report say that’s different from last year’s report.

DEAN BAKER: Well, it’s not true in its essence. I mean, one can get into this question of semantics, how does one in five define insolvent? But I think most people hearing that would think that it’s not paying any benefits. And what the report, in fact, projects is that there’ll be a shortfall. It would still be able to pay well over 90 percent of scheduled benefits if there are no changes whatsoever and the projections prove to be exactly right, which, safe bet they won’t be. But let’s assume they’re exactly right.

So that’s, that’s a story that you’re facing somewhat of a shortfall. Now that’s more, it’s a worse story than what we had last year. I believe it was first projected to face a shortfall, I won’t swear by this, but I think it was 2029. So we moved it up three years. And the main reason for that is they’re projecting more rapid growth in health care costs. That actually is a big deal, because we are looking at a situation where, again, their projections are that healthcare costs will rise more rapidly. That’s true for Medicare. But that’s true for the health care system more generally, and that’s more money out of our pockets. And that’s really the bigger story.

So that’s what should have been the headline. And stepping back a second, one of the things that just amazes me got almost no attention. The health care costs story actually did improve enormously under the Obama years. One could argue how much credit the Obama administration deserves for that. But I remember back in 2009, just as he took office, they projected a shortfall in Medicare equal to almost 4 percent of the taxable payroll. That fell to about half a percent of taxable payroll. Again, one could argue how much of that was due to Obama, how much of that was due to other factors, whatever it might be. There was enormous slowdown and cost growth during the Obama years. And what they’re indicating today is that there’s somewhat of a speed up, is that due to the Trump administration and their failure to deal with health care, arguable point, but the point is things seemed to be going in the wrong direction now after they’d gone in the right direction under President Obama.

GREG WILPERT: So are there any indications as to what exactly is causing the speed up in the prices, in the costs for Medicare? I mean, does perhaps the, the changes in Obamacare have anything to do with this?

DEAN BAKER: Well, one of the things-. I mean, the Trump administration has done their best to try to unravel Obamacare as much as possible. One of the things that was put in place under President Obama was the Independent Payment Advisory Board, that actually would have the ability to limit the growth in Medicare costs if they were too rapid. That was sort of ill defined as to how that would actually work, and I don’t know if anyone was fully confident that had it been left in place that it would work. But they got rid of that. The Trump administration, with Congress, got rid of that in legislation they passed last year.

So that could be a factor. But basically everything that the Obama administration did to try to restrain costs, they’re trying to go the other way. Because basically, the way I think about is cost for you and I are profits for the health care industry. And when it comes to whether, you know, we should pay more money for health care, or whether the drug companies, the medical supply companies, the doctors, whether they have higher profits, clearly the Trump administration’s siding with the industry.

GREG WILPERT: What about the individual mandate? I mean, they got rid of that, as well, which required people to have health insurance. And wouldn’t that, in theory, also drive up costs in the sense that now more people are being treated who, who don’t have insurance, or not as many people are covered, and therefore that goes into the general expenses for everyone else.

DEAN BAKER: Yeah, no, it definitely raises the cost of insurance. So what we’re seeing, insurance costs have been rising very rapidly. More rapidly. I mean, there were a lot of complaints in the Obama years, justifiably, about rapid increases, and they’re now projected to rise even more rapidly. The basic story is that you lose the healthier segment of the pool, so that the people that you are insuring have more health issues and therefore higher costs, and that’s passed on in higher premiums.

I’m not sure how big an issue that is with Medicare, because keep in mind, that was mostly talking about the under-65 population. Medicare does, of course, provide health care for people with disability, as well. So it would be somewhat of a factor there. But at least less of an issue.

GREG WILPERT: But what can or needs to be done to make sure that Medicare, and I guess you could add Social Security, will be solvent for the foreseeable future?

DEAN BAKER: Well, there’s a couple of points. I mean, first off, the shortfalls we’re looking at are not huge. I mean, Social Security has a much bigger projected shortfall than Medicare. But I’d like to point out to people we’ve been here before. 1981-82, the program was literally out of money. No one missed a check, because it’s a hugely important program. It’ll be a much more important program in 2034 when it’s again projected to face a shortfall. More important because we’ll have more seniors, a lot more, a lot, much larger share of the population will be getting it.

It’s really almost inconceivable that Congress won’t take steps to ensure that people get their benefits. So it will require more money. I don’t think there’s any two ways about that. But we’re not talking about impossible sums. And again, going back to the 1980s, we’re talking about money that’s comparable to what we’ve got for the program in the 1980s. So when Congress takes action, how they do it, I think that’s very, very much up in the air.

GREG WILPERT: So now, finally, the Associated Press with its alarmist headline ought to know better. However, for decades now, practically, the Republicans have been consistently trying to warn us about the Medicare and Social Security running out of money. What are they hoping to achieve with these kinds of warnings?

DEAN BAKER: Well, that’s right. Republicans are, unfortunately, many Democrats have joined that, as well. Certainly if you look to the Peterson Foundation, they had many Democrats who also joined in with the Medicare crisis story, and Social Security crisis. The point is that these are enormously popular programs, and if you want to privatize them, if you, which many do, and cut them back, you have to convince people there’s a crisis. Because these are programs that enjoy widespread support across the political spectrum. Self-identified conservatives, Republicans, they all overwhelmingly support Social Security and Medicare.

And that’s because they do what they’re supposed to do. They ensure a decent standard of living for seniors. In the case of Social Security, the income it provides. In the case of Medicare, provides health care. And both could be improved. Particularly, Medicare has covered a smaller and smaller share of seniors’ health care expenses as time’s gone on. So both can be improved. But they are enormously important programs, and for that reason enormously popular. And the only way you’ll ever get major changes in them is if you could convince people that they are about to collapse. And that means the scare tactics.

GREG WILPERT: OK. Well, we’ll leave it there for now. I’m sure we’ll come back again. I was speaking to Dean Baker, senior economist at the Center for Economic and Policy Research. Thanks for having joined us again today, Dean.