Many Russians Think Climate Change is Propaganda to Weaken Their Economy – RAI with A. Buzgalin (11/12)

On Reality Asserts Itself, Prof. Alexandr Buzgalin says Russian oligarchs find an oil based economy too profitable to consider transitioning away from  it - with host Paul Jay

On Reality Asserts Itself, Prof. Alexandr Buzgalin says Russian oligarchs find an oil based economy too profitable to consider transitioning away from  it - with host Paul Jay 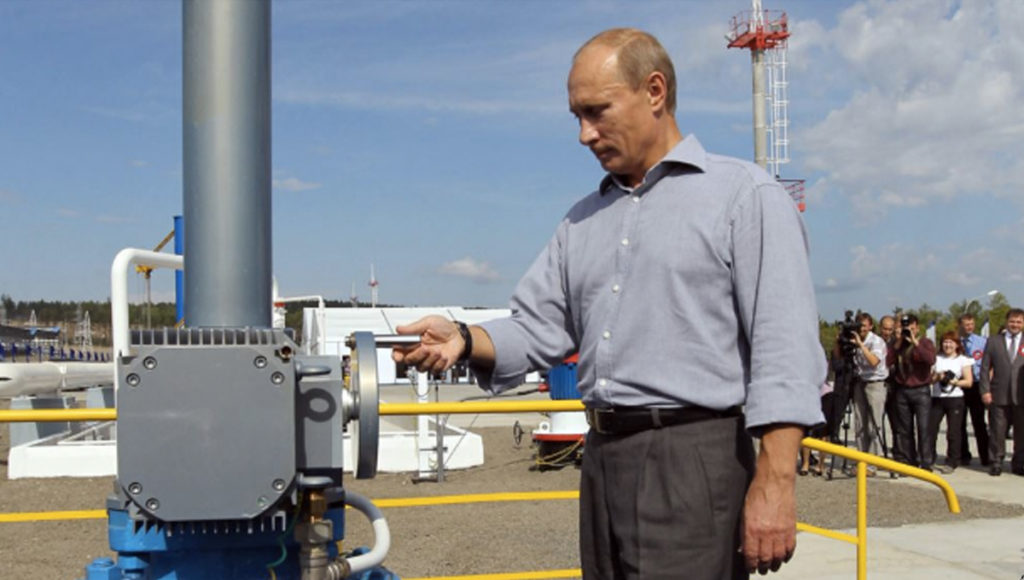 PAUL JAY: Welcome back to Reality Asserts Itself on The Real News Network. I’m Paul Jay, and we’re continuing our discussion with Alexander Buzgalin. Thanks for joining us again. And one more time, Professor Buzgalin is the director of the Center for Modern Marxist studies at Moscow State University. In the United States, Canada, most of the West and much of the South, meaning Latin America, Africa and many places in Asia, people recognize the critical necessity of facing the challenge of the climate crisis. The science is clear, we’re facing an existential threat. And in the wisdom of the American political system, a climate denier gets elected in a moment where it couldn’t be more critical to actually have policies that address the question. But in Russia, you more or less have a climate denier who supported Trump. And clearly, the importance of fossil fuel to the Russian economy. One understands his position, but still, this is an existential threat. How much is this discussion and debate going on in Russia?

PAUL JAY: This is seen like a Westernized argument, climate change.

ALEXANDER BUZGALIN: Yeah. Of course, it’s not an idea, this might be a propagandistic slogan or something like that, that all these climate questions are inspired by the West, and this is part of the blah, blah, blah, and real problems are very far from this, and so on and so forth. It’s games of the rich countries. They didn’t understand that, I don’t know, what will be with climate, but today we are poor, we will build strong industries, they don’t want us to have strong industry, that’s why they created all this climate agenda. This is one approach. Of course, this is not true, but it’s more or less popular.

ALEXANDER BUZGALIN: Yeah. Second variant, we have our problems, let’s forget about all these Western talks. Russia is strong enough, we have enough nature and everything, so we much protect our nature. And this is maybe important, but the most important problem is to build our industry. So, two variants of the same game, which is not good game at all, but this is more or less a reality. More or less because we have, of course, a green movement, we have opposition, we have people who are talking about this seriously. That we must have another social organization in order to overcome global problems, and global warming is one of these problems. It is normal for left intellectuals, and not only intellectuals, in Russia.

PAUL JAY: Because if it’s as I think it is, that scientists in Russia have more voice and are more respected than here? At least that was certainly the tradition. I know when I was in Eastern Europe, back during the Soviet days, scientists were rock stars. If they were prominent, they’d be on T.V. all the time. Is it still anything like that? Are the scientists raising their voices?

ALEXANDER BUZGALIN: Unfortunately, it’s not the case now. We had terrible decline of the popularity of science, education, in mass consciousness, partly because of the primitive capitalization, this primitive accumulation of capital led to the destruction of fundamental science in many ways.

ALEXANDER BUZGALIN: Yeah. Plus, social status of scientists now in Russia is very low. Of course, money is not main illustration, but just to give you example, full professor in Moscow State University, best university, the best, the highest status, the wage is the same as for the driver of the subway train. And if you have PhD and start your career, you will have to two hundred dollars per month in Moscow, where prices are more or less like in New York. And this is a reflection of the social atmosphere. We still have some interesting cultural traditions, respect to science, but it’s more tradition than reality. More memories than modern situation.

PAUL JAY: If the West and the South gets really serious about policy to deal with climate change, it’s going to tremendously affect the Russian economy. I mean, if the world starts really getting off fossil fuel, getting off oil, the Russian economy is going to be hollowed, to say the least, which one, gives one a reason to understand why Putin would want a climate denier to become president of the United States, and maybe appreciate climate deniers having strength in Europe as well. On the other hand, you’d think there’d have to be a serious conversation about the future of the Russian economy. They’re having it even in places like Saudi Arabia, where they’re talking openly about having to plan for getting off an oil-based economy, they seem to be doing it. Qatar seems to be investing a lot of oil money now to develop what they’re calling this “knowledge-based economy.” I’m not saying they’re all for this, but at least there’s a conversation at high levels going on. If they’re not thinking and planning about this in Russia, it’s a problem.

ALEXANDER BUZGALIN: In Russia we have very big debates about oil dependence and this is a real problem for Russia. And we must overcome this dependence. And we must build another economy. And we have internal struggle, and one of the main ideas of opposition is to decrease the role of oil and gas export and the extraction of oil and gas, and to move towards the high-tech industry, education, science, medicine, and so on, as key branches of economy. And it’s possible. We have very good intellectual potential, potential in the sphere of creativity. And so, that’s why for Russia, the climate problem is not a threat to be killed. I mean, it’s not a threat for the economy. It’s a threat for this type of economy which is very profitable for oligarchs and which is very inefficient for Russian population and for the development of the country. Plus, oil can be used not only for fuel, not only to make energy. Oil can be used for production of different chemical things, and it can be very useful. And it’s necessary to have in other technologies.

And finally, it will be not one day no oil at all. It will be twenty, thirty years transitional period. And this is a good idea to change the economic situation. But here, we must have strong industrial policy. We must have plans, I’m not afraid of this word. We must have structural changes in the economy. And for that, we must realize, introduce a new economic model, and at least have very deep reforms of capitalist system, as minimum, very deep reforms of capitalist system. With modern system of capitalism in Russia, we will not move in this direction. That’s why we have, together, problems of political opposition, social opposition, a necessity to develop our life and necessity to solve ecological problems. It’s in one basket, in one sphere, in one political problem.

PAUL JAY: Okay, in the next segment we’ll talk about what the possibilities are for this next step, which I know you think is a socialism and a step towards communism, and whether there are actually conditions for this.

PAUL JAY: So, please join us for the next and last segment of our interview, at least last for now, on Reality Asserts Itself on The Real News Network.