Margaret Kimberly of Black Agenda Report says Justin Trudeau’s blackface scandal is far from the worst of his offenses.

Margaret Kimberly of Black Agenda Report says Justin Trudeau’s blackface scandal is far from the worst of his offenses. 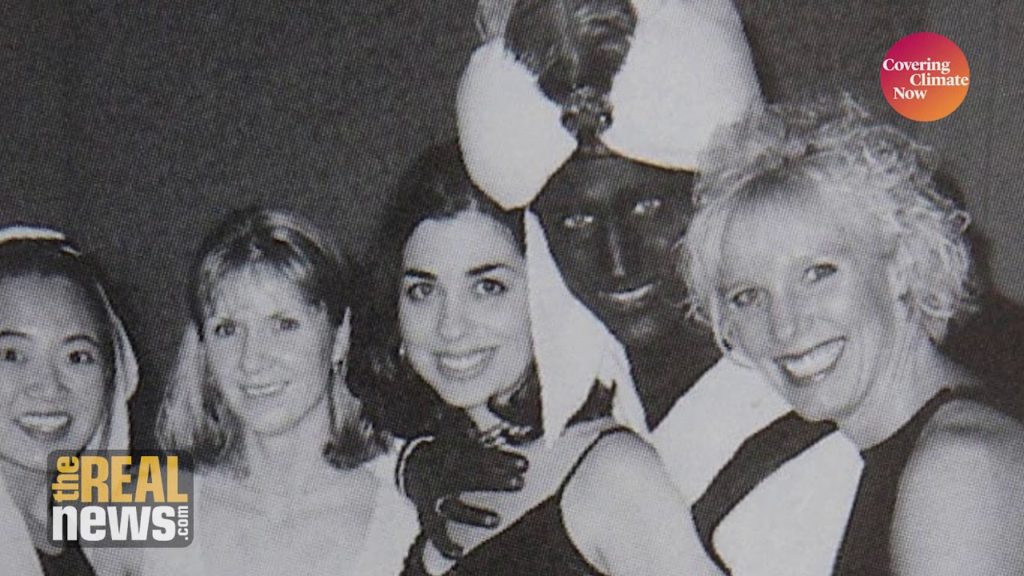 DIMITRI LASCARIS: This is Dimitri Lascaris reporting from Herald Square in New York City at the People’s Mobilization Against the U.S. War Machine and To Save The Planet.

And I’m here today with Margaret Kimberley of Black Agenda Report, who just spoke on stage and addressed the crowd here today. Thank you very much for joining, Margaret.

MARGARET KIMBERLY: Thank you. Thank you for having me, Dimitri.

DIMITRI LASCARIS: My pleasure. So, as you and I were discussing just a moment ago, you were making some interesting comments about Canada’s role in the whole project of U.S. imperialism, which I found quite interesting–not just because I’m Canadian, but also because as a Canadian I’m constantly being told about how we are different from the United States and we have this wonderful political capital on the world stage, and we can be such an effective mediator and peacemaker. What do you make of that narrative? Do you think there’s legitimacy to it? And if not, why not?

MARGARET KIMBERLY: Well, the problem is that Canada is the U.S.’s partner. Canada is a member of NATO, Canada’s part of the G-7, so Canada is a partner in crime to the United States. Canada makes common cause with Ukraine, where they’ve put neo-Nazis–maybe they’re not neo, maybe we shouldn’t use that–people who are openly fascist in Ukraine’s government. Canada has helped the U.S. in its attack on Venezuela, upheld the sanctions against Venezuela. Canada’s mining interests have a role in Haiti; Canada’s helped occupy Haiti. Canada is pro-Zionist and anti-Palestinian.

So this image of Canada as being somehow better than the U.S., which is damning with faint praise… It’s not hard to be better than the U.S., I guess, in its domestic policies, but Canada has committed all the crimes that the U.S. does around the world. And I spoke about that because Prime Minister Trudeau has been in the news because of the scandal about his appearing in blackface–which is not something that should be overlooked, he should be condemned for that–but that is not the worst thing he’s done and people should have been onto him earlier.

He’s supposed to be an environmentalist, but he’s building pipelines. He’s supposed to be this champion of a multicultural Canada, but he hasn’t done anything for the indigenous population. It’s a lot of talk, a lot of lip service. So I think it’s very important for us to point out the truth and not to be confused by propaganda; not to be confused by our own wishful thinking and hope that there’s some other country that’s capitalist and democratic and that’s “nicer” than ours, when that’s just not the case.

DIMITRI LASCARIS: But I want to go back to the blackface issue, because a lot of people in Canada, I think, are not necessarily grasping how offensive this is to members of the African American community, the African Canadian community. Why is that something that we should be concerned about?

MARGARET KIMBERLY: Blackface has traditionally been used as a way to degrade, to diminish, to make fun of, to otherize, to dehumanize people of color. Especially here in the United States, it has a very long history. The first talking motion picture, The Jazz Singer, was about Al Jolson in blackface. It’s something that has been accepted for many decades, but it’s something here that creeps out occasionally. There was a politician in Virginia, the governor of Virginia, it was revealed, same thing. There were photos of him in blackface as young man. But it’s something that is not acceptable ever. It isn’t funny, it is obviously racist, and is a way to make black people and brown people less human and less deserving of their human rights.

DIMITRI LASCARIS: And so, Trudeau has talked about the fact that this happened back around 2001–and I believe he was in his late twenties at the time, he was a teacher–suggesting that in that day and age, which was 18 years ago, he can be forgiven. Even though it was certainly the wrong thing to do–and he’s admitted that–he can be forgiven for having done it. What do you make of that? Do you think that that was something that, given the time and place in which he was in, is excusable? Or do you think he should have understood even in that time and place?

MARGARET KIMBERLY: He should have understood at that time. He’s not a stupid… I hope he’s not a stupid person. It was recent enough, and he was an adult and he was old enough to know better. But I think it’s interesting that he thought it was funny at the time, obviously. He wouldn’t have done it if he didn’t think it was something that he could excuse, and I think it’s rather telling about him as a person. It doesn’t tell us anything good or positive about him that he was this feckless entitled guy and a frat boy, and that that was who he was. And maybe that’s who he still is, even though now he’s a leader of Canada.

DIMITRI LASCARIS: Well, we’ve been speaking to Margaret Kimberly of the Black Agenda Report here in Herald Square in New York City. Thank you very much for joining us today.