In Baltimore hundreds rallied against threatened immigration raids by the Trump administration, and called on Democratic candidates to take a humane approach to the immigrants fleeing violence and instability in their home countries

In Baltimore hundreds rallied against threatened immigration raids by the Trump administration, and called on Democratic candidates to take a humane approach to the immigrants fleeing violence and instability in their home countries 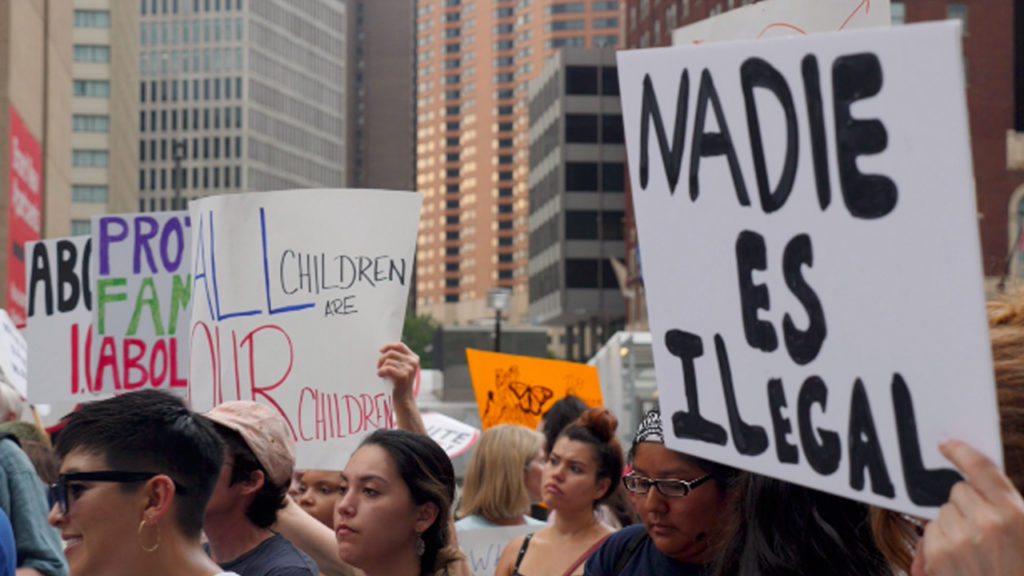 JAISAL NOOR: Hundreds protested Trump’s threatened immigration raids in front of Baltimore’s federal courthouse on June 27 ahead of the second Democratic presidential debate, and urged Democratic candidates to take a strong, nuanced, and humanitarian approach to immigrants fleeing violence and instability in their home countries.

Racial policy has sort of taken front stage during the Democratic primary. We saw in the first debate. Second debate’s tonight. It will definitely come up. The candidates have visited the detention center a few miles from where the first debate is happening. And it became a topic in the debate with candidate Julian Castro saying that we need to change the law so crossing the border is no longer a crime.

JULIAN CASTRO: Separating these little children from their families is that they’re using Section 1325 of that act, which criminalizes coming across the border, to incarcerate the parents and then separate them. Some of us on this stage have called to end that section, to terminate it. Some, like Congressman O’Rourke, have not.

SERGIO ESPANA: Until 2005 this was a misdemeanor, crossing the border. And then they started to find these laws that would find loopholes for them to treat this as a much more serious offense. Over the last year we’ve seen that escalate to where more than half of federal level criminal offenses are for crossing the border. So it’s very clear that they’re just completely exploiting that loophole.

In terms of the Democrats’ role, I think what’s what’s important to stress as we’re going through this primary process is that at a minimum every presidential candidate needs to stand for a platform of reducing detention by at least 75 percent. The overwhelming majority of people that are being detained have no criminal records, have no violent tendencies. Thousands of them are children. Thousands of them are single parents. Overwhelming majority of them are people that are–that understand that this is a country is supposed to be the beacon of light, and are following through on whatever opportunities they can to improve outcomes for their families after leaving countries that are part of the Northern Triangle, in Guatemala, Honduras, and El Salvador, that have been directly impacted by decades of U.S. interference from both administrations, from both political parties.