How is Russia Being Used to Undermine the Left? Q&A (Pt 6/6)

Part 6 of Paul Jay and Aaron Mate’s interactive discussion with viewers addresses the ways in which Russia's alleged intervention in US politics is increasingly being used to undermine progressive organizing and advocacy – From a live recording on August 2nd, 2018

Part 6 of Paul Jay and Aaron Mate’s interactive discussion with viewers addresses the ways in which Russia's alleged intervention in US politics is increasingly being used to undermine progressive organizing and advocacy – From a live recording on August 2nd, 2018 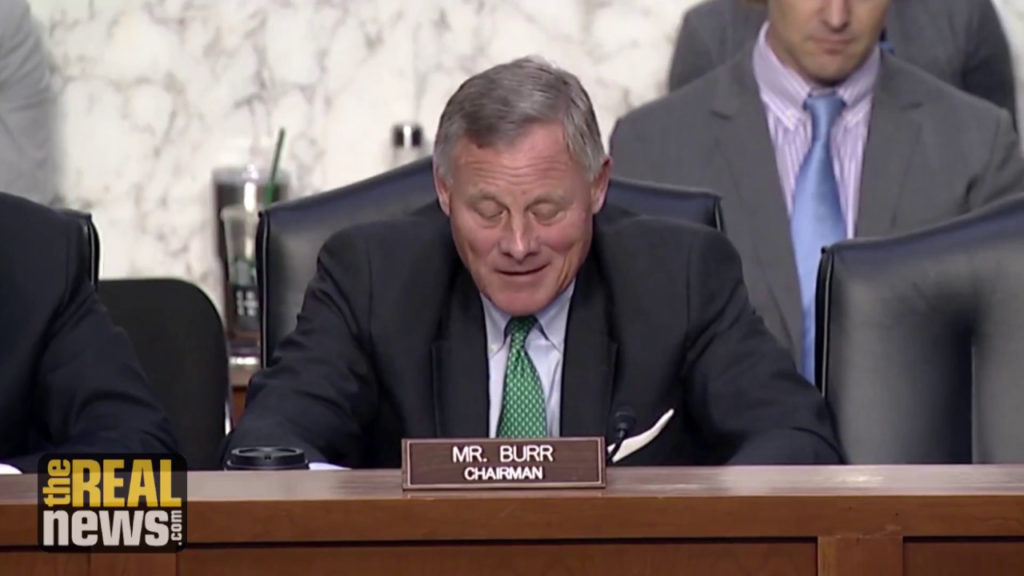 AARON MATE: The way I see it, Russia gateright now is being used in many ways to undermine the left. And to illustrate, I want to play a couple of clips. First, yesterday there was a hearing in the Senate on social media manipulation. And Republican Senator Richard Burr said that Russian influence efforts are ongoing, and a grave threat.

RICHARD BURR: The Russians conducted a structured influence campaign using U.S.-based social media platforms, and others, to target the American people using divisive issues such as race, immigration, and sexual orientation. That campaign is still active today. They didn’t do it because they have political leanings to the right or to the left, but because they- or because they care about our elections. But rather because a weak America is good for Russia. Some feel that we as a society are sitting in a burning room, calmly drinking a cup of coffee, telling ourselves this is fine. That’s not fine, and that’s not the case.

AARON MATE: So we had Senator Burr talking about how Russia is exploiting, quote unquote, divisive issues like racism and sexism, as if Russia is, you know, alleged, real or imagined Russian intervention could have any impact on the very real issues of racism and sexism here in the U.S. And now the fact that you have Facebook deleting the Facebook pages of groups, where real groups who are organizing against, for example, this Unite the Right rally that’s coming up, on the grounds that Facebook accuses them of being a fake group, similar to the ones that they’ve alleged are tied to Russia. Just how this, like, this stink of Russia can be used to undermine real progressive groups who are fighting the issues that senators like Richard Burr are saying that Russia is exploiting to divide the country.

PAUL JAY: Well, I mean, I guess it’s- a little bit goes back to the discussion of what Bernie Sanders was saying, and some of the others. If you try to focus on the real issues of race- which I, let me say about Sanders, he does focus on real issues. Which is why it’s disappointing that he jumped on this thing. Because he’s actually one of the few politicians and has a mainstream stage who does focus on a lot of the issues of substance of the Trump administration, and does focus on the real issues of the electoral system. You know, gerrymandering and Citizens United, and the unlimited corporate and billionaire money involved in the political system. I mean, Sanders speaks way- much more about that than he does about the Russia stuff.

But there’s a mood, and to some extent, I don’t know, it’s affected Sanders and others. It’s a McCarthyite mood that if you don’t get in on this, denouncing the Russians’ interference here, you’re disloyal. You know, back to this betrayal conversation. This is, this is now if you don’t- you know, how many liberals had to come out and denounce the Communist Party of the United States and name names? You know, people that were progressive in many ways. But they had so much- I’m talking during McCarthyism in the House Un-American Activities Committee.

You know, people had a fairly progressive views, but the pressure was just so enormous that you didn’t come out against the communist conspiracy, you know, you were, you were a traitor. And there’s that same kind of pressure coming on. And yeah, I guess it can come to people that are, you know, denouncing racism and such. Someone from the right wing- certainly that won’t come from the left, or Sanders. But from the right might be saying, oh, when you start denouncing racism in the United States, you’re playing into the hands of the Russians that want to show divisions in the United States. Yeah, there could be some of that.

But the bottom line here is we need to tell the whole truth. And the whole truth does not prettify the Russian state. And it certainly doesn’t prettify the American state. But we don’t succumb to this feeling that Americans are all in the same boat. Like, Obama used to have this line, you know, no red states, no blue states, just the United States.

That’s a crock. This society has got very, very serious class divisions. Again to his merit, Bernie Sanders often talks about the American oligarchy. And he talks about the, the, what is it, five individual men have more wealth than 50 percent of the American population. Something like that. These are the real serious divisions within the country. And just like McCarthyism, this current Russiagate mania is a complete distraction from the very serious, critical problems. A crisis, existential, even, starting with climate change. The renewal of this kind of geopolitical rivalry that we saw lead to two world wars in the 20th century. The expansion of America’s nuclear arsenal. And underlying all this a completely parasitical and enormously powerful finance sector which is just sucking the wealth out of the whole global economy, gambling in a crazy casino against multimillionaires and billionaires betting against each other, sucking wealth that should be put into more productive uses so the economies grow in a real way.

And I’ve, I’ve mentioned before and I’ll never stop saying the plan for the future, which is- of the elites. Which is an existential threat of climate change, and the rich essentially heading for the hills. They got their escape routes ready, and they imagine a world where artificial intelligence does most of what working people do. And these people protect themselves from the climate crisis. And even if you don’t buy into that, which to me is- seems to me it’s only common sense, and there’s plenty of evidence that’s happening. But there’s no question that one of the great threats that are coming in the next 10-15 years, it’s already starting, is massive unemployment as robots, artificial intelligence, start driving trucks and driving taxis and delivery cars and flying airplanes. They’re even talking about AI being able to do most of what doctors do. There’s barely a profession that AI isn’t going to wind up taking over in the next 10-20 years.

So massive unemployment coming, which is barely being talked about in all this, you know, craziness about the Russiagate stuff, where it’s such a- we’re at a turning point, or should I say a crossroads, for the whole of humanity. And you know, we’re talking about some troll farms.

AARON MATE: I want to ask you one question, Paul, from a viewer, which I think speaks to what you’re talking about. Marco writes, “What do you think of the aphorism ‘U.S. corporate media is the Berlin Wall of our time’?”

PAUL JAY: Not sure I quite get the analogy.

AARON MATE: I think he’s asking is, you know, insofar as the Berlin wall, you know, cut off Germany from being united and kept two, two narratives apart. It’s sort of the obstacle to peace and reconciliation.

PAUL JAY: Well it’s certainly the obstacle to having any kind of realistic view of the world. And you know, we’ve said lots of times on The Real News how corporate media almost completely ignores the climate science and the climate crisis.

Most of the corporate media is either cashing in on this Russiagate stuff because it’s driving ratings- and there’s no serious conversation about anything. It is the most cynical, nihilistic, and destructive fervor on the CNNs and MSNBCs, and from the other side from Fox. There is simply no care of what’s happening to the future of our societies, to the future of our people. You can barely hear a serious reasoned voice on television anymore. Barely, barely a one. I mean, it’s why we’re doing The Real News. But we’re so small compared to that.

Anyway, it’s- the thing about the Berlin Wall, it just took some hammers to knock it down eventually. The Russian economy imploded. Eastern Europe fell apart. And the Berlin Wall comes down. The problem with the corporate media in the United States is that it’s an, it’s a real extension of the American state. That’s the critical part. You know, the merging of the corporate and state interests Mussolini-style- which is what’s happening in the United States. It’s not new, but it’s speeding up. It applies very much to corporate media. The corporate media, you know, they can they can attack this individual, Trump. But the loyalty to the American state and the American system is deep and profound. And yeah, we got to break down that wall.