Economics Prof. Lawrence King discusses the new PERI report on loan conditionalities that the IMF imposes when it provides loans and that interfere with food production and encroach on the sovereignty of states battling poverty

Economics Prof. Lawrence King discusses the new PERI report on loan conditionalities that the IMF imposes when it provides loans and that interfere with food production and encroach on the sovereignty of states battling poverty

Working Paper: Spreading the Washington Consensus into Food and Agriculture Sectors: The Case of the International Monetary Fund 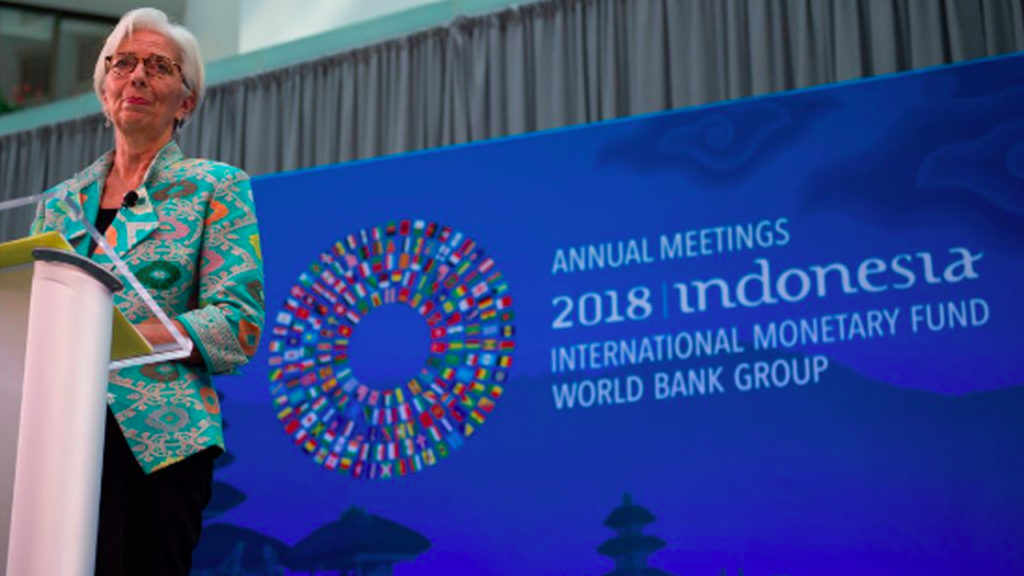 The International Monetary Fund, the IMF, has a mandate that prohibits it from intervening in the agricultural policies of sovereign countries. However, the IMF imposes conditions on loans that it provides to struggling countries, and those conditions often include demands that the countries change their economic policies in ways that affect food production and agriculture. A new report by the Political Economy Research Institute, PERI, at the University of Massachusetts Amherst found that the IMF has directly and indirectly intervened in the agricultural policies of over 100 countries in the world. The report is titled Spreading the Washington Consensus Into Food and Agriculture Sectors: The Case of the International Monetary Fund.

Here to join us to discuss the report is one of the authors, Professor Lawrence King. He teaches economics at the University of Massachusetts Amherst. Thanks for joining us today, Larry.

LAWRENCE KING: Thanks for having me.

GREG WILPERT: So the study mentions various ways the IMF intervened in agricultural policies, such as demanding that governments cut subsidies to farmers or to consumers, the dismantling of agriculture boards, and the liquidization or privatization of state-owned food production companies. What is the logic behind these demands, and how do such conditionalities affect poverty and food security?

LAWRENCE KING: Well, the logic behind these demands is to promote free market policies. The IMF for most of its history has operated under the assumption that state activity is bad for the economy, that it will lead to corruption and rent seeking, so therefore the best thing generally that governments do is to stay out of the way of private actors operating on private markets. So that’s the logic. These things affect food security, often quite directly, because there were many instances in which the IMF demanded as a condition the elimination of things like subsidies for basic foods, often to let the market set the price of, for example, bread. In one case in Egypt they demanded that the governments reduce the size of the loaf of bread rather than raise the price. They demanded that governments raise the price people pay for water. All sorts of things can directly affect the living conditions of people.

GREG WILPERT: So what kind of accountability exists in the IMF when there is a hike in food prices, for example, as a result of the policies that they impose? Can countries then sue the IMF and say that intervention in agriculture is not part of the IMF mandate?

LAWRENCE KING: It’s very hard for countries to fight back against the IMF because they only go to the IMF in the first place because they are experiencing a financial crisis. So they need the IMF resources, they need the loans. So they’re in a very disadvantageous position. So it’s very rare for them to effectively strike back against the IMF. They need another source of finance. And if they have that source of finance, they typically will not want to go to the IMF in the first place. The IMF is controlled by the donor countries, the rich countries, not by the poor countries. It’s not a democracy, in that sense.

GREG WILPERT: So your study mentions the so-called Washington Consensus in its title, which is the consensus between, agreement between the IMF and the World Bank to impose what is generally known as structural adjustment programs, or SAPs, in order to force countries to adopt free market policies to cut welfare and to privatize government property. You found that in your study when it comes to agriculture the IMF has pushed the Washington Consensus very strongly in the 1980s, but did so less and less, and less really in the more recent years. Now, you even quote Christine Lagarde, the current head of the IMF, who said about structural adjustment programs, quote: We don’t do that anymore. Has the IMF changed its ways? And If so, why?

LAWRENCE KING: The IMF, we found in our research, hasn’t really changed its ways. They certainly do still issue conditionality on loans, and we saw this after the financial crisis. They had many conditions on loans that they made after the global financial crisis. So that was really disingenuous by the director of the IMF now, whether the amount of so-called Washington Consensus policies have decreased in conditions. They have. But I think this is mostly because- not exclusively, but mostly- because, you know, they’ve already reformed these economies. Once everything is privatized and liberalized you don’t have to keep issuing the same directives over and over again. They’ve already accomplished this neoliberal project, largely.

GREG WILPERT: I guess that’s something that Christine Lagarde would have added when she said we don’t do that anymore, because we’ve already achieved what we wanted to achieve.

LAWRENCE KING: Plus they definitely still do it.

GREG WILPERT: So one of the fascinating things of the study is also how in recent years they are not only reducing, perhaps, the conditionalities, but are increasing other agriculture-related conditionalities, which your study classifies as neutral to the question of free market economics. Can you give us some examples of neutral policies, and why does the IMF push those policies? And how would you characterize this new approach that is coming to the fore in the IMF to replace neoliberalism?

LAWRENCE KING: This is not an entirely new approach. And I wouldn’t say it’s replacing neoliberalism. The IMF has always been concerned with primarily having countries pay back their foreign loans and raising foreign currency. And so some of the reforms that the IMF pushes are technocratic reforms that make it more possible for countries to pay back their loans, and to purchase, solve their balance of payment crises. So some of these loans actually build state capacity, are things like increasing taxation, occasionally. Very rarely where there’s a real crisis they’ll allow for the temporary increase of tariffs. But mostly, these things are- sometimes they’ll do things like studying a sector. Sometimes they’ll do things to try to protect an emerging sector that they feel could raise substantial foreign revenues. So they might they might ban destructive policies that will overexploit a resource if they feel that that resource can generate hard currency that those countries can use to pay back loans.

So they’ve always done this, and as the proportion of the so-called neutral policies have increased, that’s primarily because there has been so much substantial liberalization and privatization previously.

GREG WILPERT: OK. Well, we’re going to leave it there. I was speaking to Professor Larry King, professor of economics at the University of Massachusetts Amherst. Thanks again, Larry, for having joined us today.

Lawrence King is a Professor of Economics at the Political Economy Research Institute (PERI) at UMass Amhest as of September 1, 2017. For the past 11 years he has been Professor of Political Economy at the University of Cambridge, England, where he has published widely on drug development, pricing and reimbursement as well as other…