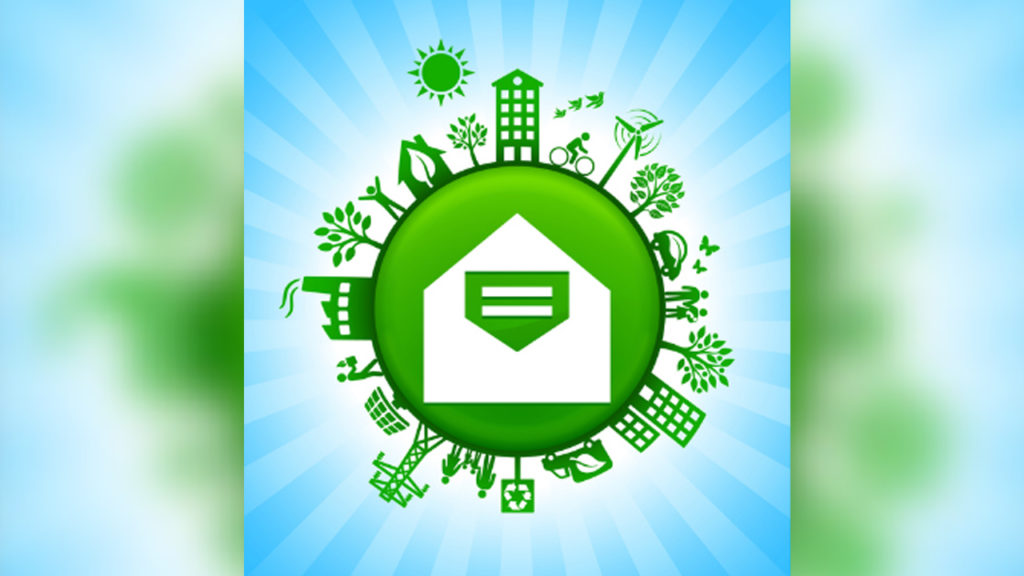 “Failing to agree on climate action would not only be immoral, but suicidal.” These are the words of United Nations Secretary General Antonio Gutteres, speaking to representatives of governments from across the world who have convened in Katowice, Poland, for the 24th United Nations Conference of the Parties, or COP 24. As in prior years, however, it remains a vast difference between the rhetoric of world leaders and the reality on the ground. Reports have emerged, as in prior years, that the governments of major oil producing states, including the United States, Russia, and Saudi Arabia, are not only failing to take adequate action, but are actively obstructing the measures that are necessary to avert a climate catastrophe.

Now here to discuss COP24 with us is Dave Bleakney. Dave is the second national vice president of the Canadian Union of Postal Workers. He’s a veteran of the annual U.N. Conferences of the Parties, and he joins us today from Katowice, Poland. David, thanks for coming back on The Real News.

DAVE BLEAKNEY: It’s my pleasure. Thanks.

DIMITRI LASCARIS: Dave, I want to focus in our discussion on the Canadian delegation’s approach to COP24, because I know that you have been paying close attention to the Trudeau government’s purported efforts to address the climate crisis. What have you seen and heard at COP24 from the Canadian Environment Minister Catherine McKenna and her entourage?

DAVE BLEAKNEY: Well, you know, speaking as a postal worker, what we see is that the rhetoric used in here in Poland is isn’t applied on the ground at home. I mean, we can give examples of this. She speaks of workers’ rights, working with different constituencies–which I might add is a different tone than a few years ago when she spoke about growing business and working with stakeholders. She actually specifically talks about Indigenous, and labor, and we want to work with everyone so that we can tackle climate change. And here’s where we have the problem, is that we we have a climate plan called Delivering Community Power that we developed three years ago, when she invited the Canadian participants in Paris to address climate change and come up with ways to do that in her own constituencies.

Well, we did that. We developed a really positive climate plan. It’s achievable. It’s a wonderful vision. And we proceeded to lobby for it for the past three years without so much as a response from our government. So we’re left to wonder, if the target is to reduce CO2, and workers have a plan to do that and are directing their employers to do that, that that might be something to latch on to. So we feel that, I mean, from where we sit, that application isn’t happening.

Now, at the same time, she has been a proponent–the Canadian Minister for Climate Change has been a proponent for just transition. But we still really don’t know what that fully means. I mean, I know for workers it means no one gets left behind, and we recognise also the incredible opportunity to retrofit our societies, to adjust the way that we produce energy. That can no doubt generate an enormous amount of jobs. So I’m not sure that words have actually translated into reality yet in terms of the Canadian context.

And I would just add, too, though, this is of serious importance to Canadians. I think Canada hits above its weight here in terms of the participation of the delegation. I mean, we have climate justice groups, and you know, and trade unions, and so on. I believe we have the largest, or one of the largest, trade union contingents here, and certainly the Canadian delegation is quite active. But as I said, we don’t see this reality translating back at home. We see efforts around the pipelines, and continue to use an archaic system to fuel our society and our lives.

DIMITRI LASCARIS: You talked about your union’s green transition plan. Can you tell us a bit about the particulars? What are the details of that plan, major ones?

DAVE BLEAKNEY: Yeah. Well, you know, I mean, Canada Post has the largest vehicle fleet in Canada, and we have thousands of post offices. We’re certainly not the greatest polluter, but with those number of vehicles on the street daily, we contribute to a big problem. And certainly retrofitting and transfering to an electric fleet in Canada Post can only be good for the country and good for everyone, good for jobs. We have other planks in the program, too, about services that we can provide that are holistic; you know, to check ins on seniors, and so on.

But when it comes to climate–you know, our workers, for example in BC this past summer, probably should have been wearing masks. In fact, I know that in some parts of the province it was recommended that people wear masks. And so one can imagine, like, a time where workers have to wear masks to work outside because of the air quality brought by droughts and massive forest fires. So this is our future. We need to address it. And every one of us needs to address it. And we came up with a decent plan that has resonated with a lot of Canadians from all sectors of society. But unfortunately it doesn’t resonate with our government. And you know, we’re talking, like, solar panels, retrofits of buildings, LED lighting. These sorts of things can transform the Post Office. And really, I mean, if you think about it, these are long-term savings as well. So the message that somehow effects in a derogatory way business, I would say maybe for a few it does. But I think overall it’s quite a wonderful way to go. For example, you know, cutting costs, cutting electrical costs in the long term is actually a cost reduction in terms of of electricity.

So we’re at a loss, really, understanding why the government won’t talk to us. And I might add, Dimitri, that postal workers felt strongly about this enough to put it as a bargaining demand in a recent collective bargaining. This demand came from the workers. It was one of our big demands. There is a list of them. But we can’t really decouple it from other things that are going on in the Post Office, of a massive injury rate that’s catastrophic; I think five times the federal public sector. In fact, we expect to have another 300 injuries before Christmas. So this is unsustainable. So coupled with this, we went into negotiations and had an employer who refused to negotiate, and a government that indicated that they would use back to work legislation, thus ensuring that the employer wouldn’t negotiate. Workers were sent back to work after a series of rotating strikes across the country. And unfortunately, this still isn’t resolved. Workers remain experiencing a catastrophic injury rate, and with no movement on the greening of the postal service.

And given the recent reports from scientists and a series of reports, and they’re well known, that we don’t have time to mess around with this, it’s not just about the Post Office. We all need to pick up the slack on this, and we’re trying. We’re trying to do our part. And we’re just gobsmacked that this initiative isn’t being embraced in this time, especially when we’re in a countdown to possible, you know, passing a tipping point by 2030, or around that period. It’s time to act, and postal workers tried, and we’re still trying. We haven’t given up. And you can’t legislate our silence, but it’s certainly been made more difficult.

DIMITRI LASCARIS: And finally, Dave, you know, in past COPs there’s been a lot of controversy about the role that the fossil fuels industry has played in influencing the discussion in a negative way, particularly the coal industry. What can you tell us about what’s happening at COP24 in regard to a transition away from the burning of coal to generate energy for our global economy?

DAVE BLEAKNEY: I think most interesting was the U.S. delegation that I heard here. Representatives from the U.S. who seemed almost quite angry in their insistence that no one would tell the U.S. what to do, that this is a national security matter, and they will continue to produce and burn coal. In fact, they saw this as the key to assisting developing nations to grow in prosperity, which is just absurd. And they insisted, believe it or not, that coal is clean, and they have the technology to ensure that the emissions won’t be an issue.

And it’s unbelievable at this time we’re still talking about pumping this stuff out of the ground, and I can’t see how–and they’re not alone. Many countries–for example, the Polish Environment Minister spoke about how Poland needed to do this because, you know, as a smaller economy they can’t afford not to. And this is an issue for the big and the rich countries, which is bizarre since both Morocco and Ethiopia, African countries, are actually doing a great deal in terms of meeting and exceeding targets. So it’s not true that you need to be a big economy to address this. But with the encouragement of the United States, and of course the Saudis to pump for oil, doesn’t make it any easier to protect future generations, that’s for sure.

DIMITRI LASCARIS: We’ve been speaking to Dave Bleakney, second national vice president of the Canadian Union of Postal Workers, about the Conference of the Parties climate conference in Katowice, Poland. Thank you very much for joining us today, Dave.

DAVE BLEAKNEY: Much appreciated, Dimitri. Thanks.