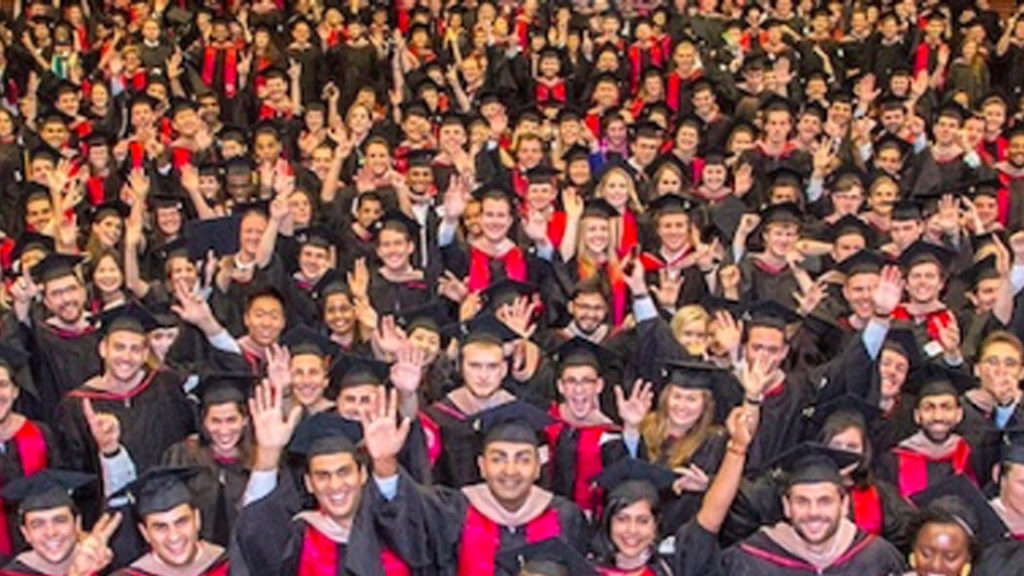 Federal prosecutors charged 50 people last week in a scheme to buy admission spots at Yale, Stanford, and other major universities. Those being charged belong to the country’s elite, including prominent business leaders and Hollywood stars.

Joining me now to discuss the implications of the scandal is Professor Gerald Horne, who teaches History at the University of Houston. He’s the author of many books, most recently Storming the Heavens and The Apocalypse of Settler Colonialism. Thanks for joining us again, Gerald.

PAUL JAY: So I don’t see why this is a scandal. It seems to me that to bribe your way into Yale and Stanford–and these institutions are meant to train people to be leaders of the elite, leaders of the ruling class. And it seems to me, education born in this kind of corruption is good training for the way this ruling class works. So what are they all so upset about?

GERALD HORNE: Well, I think that what happened is the alleged, purported scandal about college admissions was Affirmative Action for black and brown students. That is what even liberals have been carping about and complaining about. But what’s happened with this particular scandal is that the rock has been lifted up, and scurrying around or a lot of vermin. What’s interesting as well is that as Peter Thiel, the billionaire Silicon Valley investor and supporter of Donald Trump, put it with a sniff, we’re talking about not the 1 percent but the 3 percent or the 4 percent, that is to say, single and double digit millionaires trying to climb the greasy pole of status and success.

PAUL JAY: Yeah, exactly. I was about to say, this is a “poor man’s scandal,” because they can’t afford to build a whole wing of the university, which has been going on for decades as a way to get their kids into school. So this is for the minor elites to get in.

GERALD HORNE: Well, correct. Recall that Charles Kushner, the father of Trump in-law, Jared Kushner, supposedly gave Harvard 2.5 million dollars a few decades ago and that got Mr. Kushner into Harvard. Apparently, the price today, with the inflation factor, is about 10 million dollars to get a conversation about getting your kid into an Ivy League school. But there’s another aspect to the scandal as well, which has to do with college sports and college athletics. Recall that those trying to get into the University of Southern California in particular were faked and put forward as athletes for water polo, or the sailing team at Stanford, for example.

PAUL JAY: Didn’t one of them have a photograph where they photoshopped the kid’s head onto someone else’s body?

GERALD HORNE: Correct. But see, the problem there is that if you look at college athletics, there are so-called revenue generating sports like football at the University of Maryland at College Park, or basketball or Georgetown. Those sports are heavily dependent on black athletes, black male athletes in particular. And what happens is that those revenue generating sports are then used to subsidize the sports that don’t generate profit, such as sailing and water polo, for example. And then, on top of it all, when these black male athletes are found wandering around campus, they’re oftentimes harassed by the college police or they’re harassed by fellow students who say that they don’t belong there. And so, that magnifies and compounds the nature of the wrong.

PAUL JAY: The fact that Trump apparently, according to Michael Cohen’s testimony and it’s been verified now by some journalists, that he didn’t want his actual marks to be released publicly. One wonders how he got into business school. So this is pervasive throughout the elites, buying their kids’ way into these upper echelon schools, which kind of blows up this whole idea of meritocracy and the B.S. that somehow Affirmative Action for students of color was taking spaces away from people who merited it, when in fact, it’s much more an issue that they’re buying places for students who don’t merit it and taking up spaces.

GERALD HORNE: Well, precisely the point. And recall that Mr. Trump himself had begun as a student at Fordham University in the Bronx, in New York, and then somehow got admitted to the Wharton School at the University of Pennsylvania.

PAUL JAY: Which is not so easy to get into, one would think. It’s one of the higher end business schools.

GERALD HORNE: Precisely. Which is why I imagine he asked Michael Cohen, his fixer and attorney, to put pressure on Penn to not release his college records, which might reveal that his father made a hefty donation to the Wharton School in order to get Mr. Trump admitted. And subsequently, Mr. Trump has given, as the record shows, to Penn, which has allowed his children to then be admitted to Penn. And that’s the other part of the scandal, the so-called legacy program. That is to say, if your father went to Harvard, you get points in terms of yourself getting into Harvard. And since black people in general were barred from Harvard some decades ago, this locks in a kind of white supremacy and a kind of white privilege. And that, too, is part of the scandal that’s ongoing.

PAUL JAY: I think most ordinary people don’t get the role these institutions play, especially Harvard, Yale, Stanford. There’s a book that came out a few years ago called Harvard Rules, and it was all about the role of Harvard in training people to rule and deeply inculcating the view of the world of an elite that deserves to rule.

But of course, this starts now, like especially if you’re coming from cities like New York, and perhaps LA and San Francisco, but New York I think is the heart of it, where kids are going to private school that costs tens of thousands of dollars at kindergarten. And you hear stories of bribery and pressure and the same kind of donations to get their kids into primary school, these private primary schools. And in fact, the education is actually pretty good in those schools. I know some kids that have gone there. And when they’re graduating from high school, they’re blowing away most university students going to ordinary universities. But it’s all about training people to maintain the power of these elites. And so, I guess that’s why these people are willing to spend so much money to get their kids into the schools.

GERALD HORNE: Well, there’s another part of the scandal as well, which is how does an incompetent, unqualified elite perpetuate itself? One of the methods in which they do so is by making sure that they’re incompetent, unqualified offspring are admitted into Ivy League schools, or schools that are one notch below the Ivy League, so that they can get credentials which then qualifies them for the ruling elite, which then in turn leads to the kinds of debacles and fiascoes that the U.S. ruling elite is so notorious for, not least the Wall Street meltdown of 2007, 2008, not least these unwinnable, genocidal wars that seems to be the specialty of the U.S. ruling elite.

PAUL JAY: And when they do let people of color into Harvard, and it’s because they do merit it, you have to have extremely good marks to get into schools like Harvard and Yale. And if you’re a person of color and you don’t have multimillionaire parents to buy the way in, then you do merit it, you don’t get in there just because you’re a person of color, you get in there because you have merit and high marks and smarts and skill. But then they train you too, meaning you like Barack Obama, to be someone with the view of joining the ruling class. And you come out of that school not, obviously, someone who is going to fight for justice for the people from whence you came. Obama even uses that word, the meritocracy, as a positive. And this meritocracy does a bidding, is the manager of this whole system for the billionaires.

GERALD HORNE: Well, the concept of meritocracy is obviously fraudulent. And speaking of fraudulent, I think we would be remiss if we failed to note the rather despicable role of the Educational Testing Service which helps to generate the so-called SAT, formally called the scholastic aptitude test before they had to admit that they did not know how to measure aptitude. This is the test that supposedly helps to guarantee those in the working class and the middle class who do not have parents who can make 2 million dollar donations to the Ivy League to get admitted.

The problem with these tests, number one, is that they don’t necessarily measure what they purport to measure, that is to say intelligence. And number two, this is not accidental. Because if you dig into the history, you’ll find that these tests arose during the time of eugenics. That is the now discredited so-called science that purported to say that there were those who were superior to others based upon racial grounds. Not least, this is the odious history that helps to shape the now scandalous college admissions scam.

PAUL JAY: All right. Thanks very much for joining us, Gerald.

PAUL JAY: Thank you for joining us on the Real News Network.