Medicare for All 64-Year-Olds 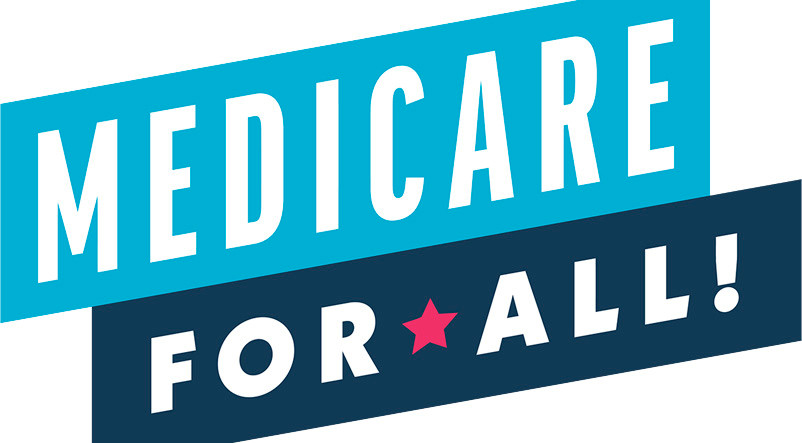 The push for universal Medicare was given new momentum by Bernie Sanders campaign for the 2016 Democratic nomination. While it is still quite far from becoming law in even an optimistic scenario, it is certainly now treated as a serious political position. This is probably best demonstrated by the fact that the Medicare for All (M4A) bill put forward by Washington representative Pramila Jayapal has 107 co-sponsors, nearly half of the Democratic caucus in the House.

As much progress as M4A has made, it will still be a huge lift to get it implemented. A universal Medicare system would mean shifting somewhere around 8 percent of GDP ($1.6 trillion at 2019 levels) from the private system to a government-managed system. It would also mean reorganizing the Medicaid program and other government-run health care programs, as well as the Medicare program itself. The current system has large co-pays and many gaps in coverage, such as dental care, that most proponents of M4A would like to fill. It also has a large role for private insurers in the Medicare Advantage program, as well as the Part D prescription drug benefit.

The difficulty of a transition is demonstrated by the fact that there is no agreed-upon mechanism for paying for this expansion of Medicare. Instead of a specific financing mechanism, the Jayapal bill features a menu of options. Actual legislation, of course, requires specific revenue sources, not a menu. The fact, that even the most progressive members of the House could not agree on a financing proposal that they could put their names to, shows the difficulty of the transition.

If it is not likely that we will get to M4A in a single step, then it makes sense to find ways to get there piecemeal. There have been a variety of proposals that go in this direction. Many have proposed lowering the age of Medicare eligibility from the current 65 to age 50 or 60. The idea is that we would bring in a large proportion of the pre-Medicare age population, and then gradually go further down the age ladder. (We can also start at the bottom and move up.)

This sort of age reduction approach is a reasonable incremental path, but going to age 50 or even age 60 would still be a considerable expense. There are over 60 million people in the age cohorts from 50 to 64. Including these people in Medicare at a single point would be a very serious lift. Even the more narrow group from age 60 to 64 still has almost 20 million people. That would a substantial expense.

But we can make the first step even more gradual. We can just add people when they turn age 64 instead of the current 65. At first glance, this would be a bit less than 4 million people. Medicare’s payments per enrollee (net of premiums) are roughly $11,500. That would translate into $46 billion annually, roughly 1.0 percent of the total budget.

But this is likely to hugely overstate the actual cost for two reasons. First, many 64-year olds will already have their insurance covered by the government. Roughly 20 percent of this age group is on Medicare as a result of being on Social Security disability. At least 10 percent more is covered by Medicaid. If we add people who are getting insurance as current or former government employees, we would almost certainly get over 40 percent already being insured through some government program, and possibly as high as 50 percent.

In addition, the Medicare costs for the new group of 64-year-olds are likely to be far less than the overall average. On average, people in this age group would have health care costs of around 70 percent of the over 65 population as a whole. But the least healthy portion of the 64-year-old population is likely already covered by either Medicare, as a result of disability, or Medicaid.

If we assume that the average costs for the people we are adding to the government’s tab are half of the overall average for Medicare, this gets us $5,750 per person. If we assume that we are adding 60 percent of this age group, that comes to 2.4 million people. That gives us a total tab of $13.8 billion, less than 0.3 percent of total spending, or roughly the amount the Pentagon spends in a week. It would be pretty hard to argue that this is not an affordable tab.

If even that expense proves too much for the deficit hawks to handle, then maybe we can move up the age of eligibility by one month or one week. At that point, we’re talking about the cost of a few weekends for Donald Trump at Mar-a-Lago.

Doing this one-year reduction in the Medicare age would be a test of how easily a reduction in the age of eligibility can be done. It should open the door to further reductions in future years. It is also likely to be popular politically. People in their late 50s and early 60s will surely appreciate the fact that they are one year closer to qualifying for Medicare. That is especially likely to the case with people who do not have good insurance through their employer and/or have serious health conditions.

The proposal for a one-year reduction in the age of eligibility should also help to clarify where things stand within the Democratic caucus. Many members have argued against having the party endorse M4A.

Some of this opposition undoubtedly reflects realistic political concerns that a quick switchover from the current system to M4A will not be popular in many districts. Many people are satisfied with the insurance they have now and will be reluctant to support what they will view as a big leap into the unknown. Perhaps these people can be convinced over time that a universal Medicare-type system will be at least as good for them, but they are not there now.

However, some of the pushback stems from the fact that many Democrats have long depended on campaign contributions from the health care industry. While the party has not gotten as much money as the Republicans, many members do get substantial contributions, which they are not prepared to abandon.

Medicare for All 64-Year-Olds should be a great way to clearly identify these people. They can’t have a principled objection to moving up the age of Medicare eligibility by one year. Nor can they plausibly claim that this is some budget-busting proposal. Congress routinely approves spending increases of this size for the military without batting an eye.

Of course, lowering the age of Medicare eligibility is not the only thing that we should be doing as part of near-term health care reform. We should look to open Medicare to the population as a whole on a voluntary basis. We should also look to make the subsidies under the Affordable Care Act more generous. And, we should be looking to bring our payments for prescription drugs, medical equipment, and doctors more in line with payments in other wealthy countries.

We pay twice as much in all three areas as other wealthy countries. There is no justification for such massive overpayments in the United States. In the case of prescription drugs and medical equipment, in the short term, we should adopt the same sort of price controls as are used in other countries. In the longer term, we should be moving away from patent monopoly financing for the development of these items. We should instead do direct upfront public funding, with the idea that these products will in the future be sold as generics at free market prices (see Rigged, chapter 5 [it’s free]).

But lowering the Medicare age to 64 is a really big first step. It is also a great way of clarifying the debate by letting us know which Democrats work for the health care industry.