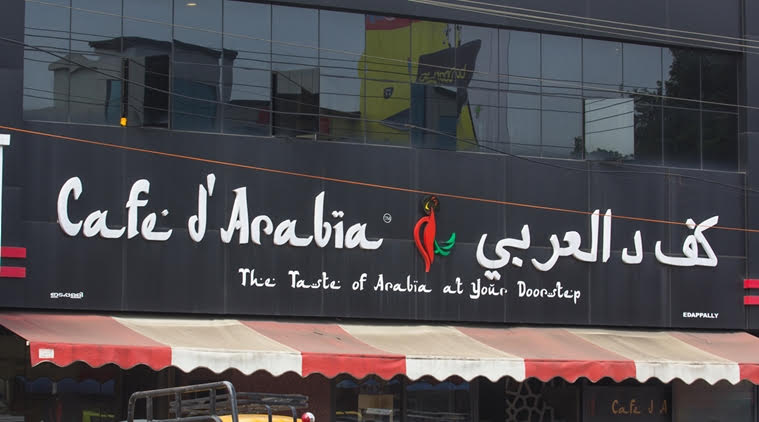 A podcast version of this story is available on Soundcloud, Itunes, Stitcher, TuneIn and Tumblr.

When President Recep Tayyip Erdogan recently declared that Turkey was “the only country that can lead the Muslim world,” he probably wasn’t only thinking of Middle Eastern and other Islamic states such as Pakistan and Bangladesh.

Increasingly, there is evidence that Indian Muslims, the Islamic world’s fourth largest community after Indonesia and the South Asian states, is on Mr. Erdogan’s radar.

Mr. Erdogan’s interest in Indian Muslims highlights the flip side of a shared Turkish and Indian experience: the rise of religious parties and leaders with a tendency towards authoritarianism in non-Western democracies that, according to Turkey and India scholar Sumantra Bose, calls into question their commitment to secularism.

Accusing Mr. Gulen of responsibility for a failed 2015 military coup, Mr. Erdogan’s government is seeking the preacher’s extradition to Turkey from his refuge in the mountains of Pennsylvania.

While Mr. Gulen is an obsession to Mr. Erdogan, the president’s interest in Indian Muslims is part of bigger fish he has to fry.

Indian Muslims are too big a community to ignore in Mr. Erdogan’s rivalry with Saudi Arabia for leadership in the Muslim world, particularly in the wake of the October 2 killing of journalist Jamal Khashoggi in the Saudi consulate in Istanbul that has catapulted the rivalry to centre stage.

Mr. Erdogan’s efforts to create inroads into the Indian Muslim community is facilitated by the Hindu nationalism of the country’s prime minister, Narendra Modi, that prompted The Washington Post to headline a recent article by Indian journalist Rana Ayyub describing mounting anti-Muslim sentiment and Islamophobia, “Modi’s India is a living nightmare for Muslims.”

Mr. Erdogan is competing for Indian Muslim hearts and minds with a continued flow of Saudi funds to multiple Salafi organizations, including charities, educational institutions and political organizations, and reporting by Turkish journalists associated with the Gulen movement, who point to Turkish links with militant clerics.

They include controversial televangelist Zakir Naik, whose Peace TV reaches 200 million viewers despite being banned in India.

Problematically, some of Mr. Erdogan’s interlocutors, including Mr. Naik, seemingly prefer to straddle the fence between Turkey and Saudi Arabia and play both sides against the middle.

‘One among the few Muslim leaders who appreciate, have the guts to support Islam openly, is the president of this country, that is President Erdogan…. You are lucky to have a president like president Erdogan,” Mr. Naik told a crowd in Istanbul shortly before Turkey declared its support for Qatar at the outset of the 18-month old Saudi-United Arab Emirates-led economic and diplomatic boycott of the Gulf state.

Mr. Naik’s remarks are unlikely to have sat well with Saudi Arabia whose King Salman had two years earlier awarded the preacher the King Faisal International Prize for his “service to Islam.”

The award includes US$2 million in prize money. Unconfirmed press reports say Mr. Naik has been traveling on a Saudi passport since his Indian document was revoked in 2017.

If the geopolitical stakes for Mr. Erdogan are primarily his leadership ambitions, for Saudi Arabia it’s not just about being top dog. Influence among Indian Muslims creates one more pressure point for the kingdom in its opposition to Indian funding of Iran’s Arabian Sea port of Chabahar.

The kingdom is further concerned that the port will enable Iran to gain greater market share in India for its oil exports at the expense of Saudi Arabia, raise foreign investment in the Islamic republic, increase its government revenues, and allow Iran to project power in the Gulf and the Indian Ocean.

Finally, Saudi Arabia sees Indian Shiites, who are believed to account for anywhere between 10 and 30 percent of the country’s 180 million Muslims, as an Iranian fifth wheel.

Indian media quoted a report by India’s Intelligence Bureau as saying that ultra-conservative Saudi Islamic scholars were frequently visiting Indian Sunni Muslim communities. The Bureau reportedly put the number of visitors in the years between 2011 and 2013 at 25,000. It said they had distributed tens of millions of dollars – a scale unmatched by Turkish funding.

The Saudi effort is furthered by the fact that some three million Indians work in the kingdom, many of them from Kerala in southwestern India.

“The Muslim community in Kerala is undergoing the process of Arabification… It is happening like the westernisation. Those Indians who had lived in England once used to emulate the English way of life back home. Similarly, Muslims in Kerala are trying to bring home the Arabian culture and way of life,” said scholar Hameed Chendamangalloor.

South Asia scholar Christophe Jaffrelot noted that Muslim institutions in Kerala, including the Islamic Mission Trust of Malappuram, the Islamic Welfare Trust and the Mujahideen Arabic College had received “millions of (Saudi) riyals.”

Like in the case of Mr. Naik, Turkey has reportedly sought to also forge ties to Maulana Syed Salman Al-Husaini Al-Nadwi, a prominent Indian Muslim scholar who is a professor at one of the country’s foremost madrassas or religious seminaries, Darul-uloom Nadwatul Ulama in Lucknow.

Mr. Al-Nadwi tweeted his support for Mr. Erdogan in advance of last June’s election. “We represent the Muslim peoples and 300 million Muslim Indians. We want the Turkish people to take place next to Recep Tayyip Erdogan and his party,” Mr. Al-Nadwi said.

Mr. Al-Nadwi’s son Yusuf was a speaker at a conference in Istanbul in 2016 on the history of the caliphate movement in Turkey and South Asia organized by the South Asian Center for Strategic Studies (GASAM) founded by Ali Sahin, a former deputy minister for European affairs and member of Mr. Erdogan’s Justice and Development Party (AKP).

Mr. Al-Nadwi sparked controversy in 2014 by offering Saudi Arabia to raise a 500,000 strong militia of Sunni Muslim Indian youth that would contribute to a global Islamic army to “help Muslims in need,” fight Iraqi Shiites and become part of a Caliphate.

At about the same time, Mr. Al-Nadwi also raised eyebrows by praising the Islamic State’s success in Iraq in a letter to Abu Bakr al-Baghdadi.

The Turkish-Saudi competition for Indian Muslim hearts and minds is grit on the mill of Hindu nationalists even if Turkish moves have attracted less attention than those of their Saudi rivals.

The India Foundation, with its close ties to Mr. Modi’s Bharatiya Janata Party (BJP), warned last year in an analysis of the significance of two Saudi-funded universities’ adoption of a palm tree in their logos that the kingdom’s proselytization “laid the ideological foundation for Arabisation of Muslims in India. Over time, this has dealt a suicidal blow to the local character of Islam in the Indian subcontinent.”

Remembering Kevin Zeese: A fighter for peace and justice