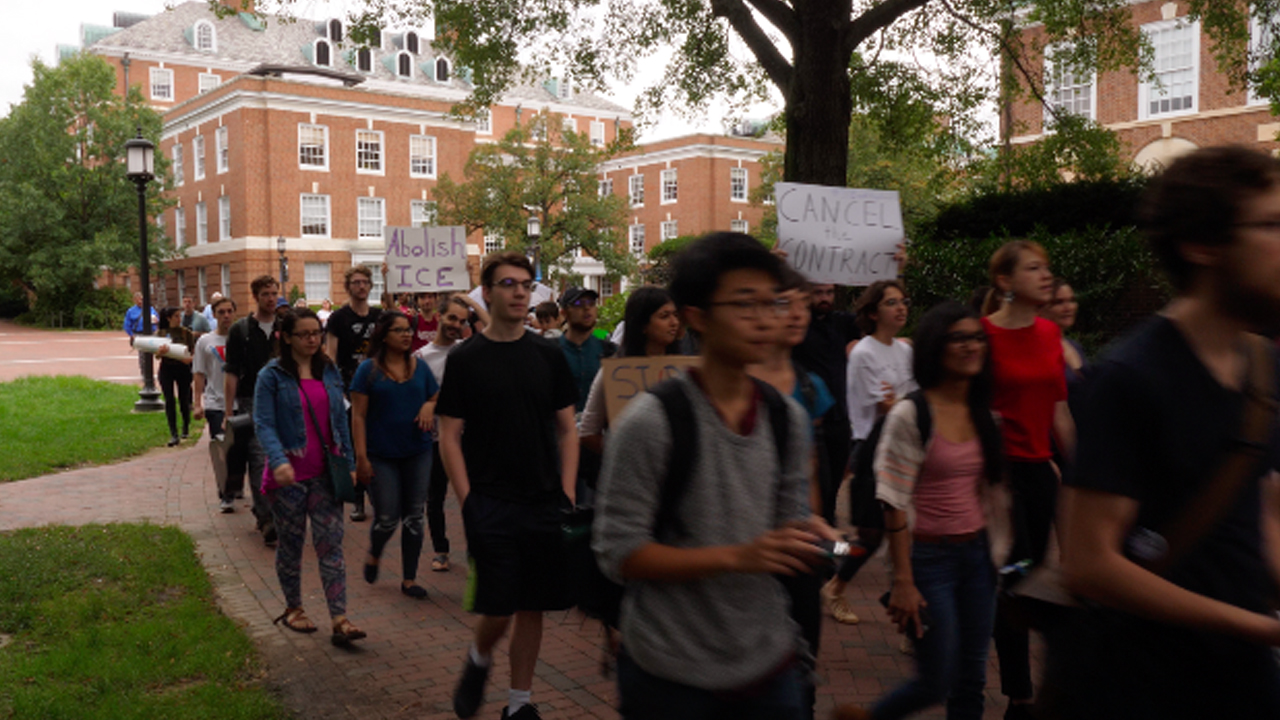 On Wednesday, students, faculty, and community members are planning to protest Johns Hopkins University’s multi-million dollar contract with Customs and Immigration Enforcement. A growing movement has pushed universities and other institutions to cut ties with ICE.

The Real News will be covering developments live on Twitter.

The Trump administration recently admitted it does not know how many families were separated at the border, and a government report concluded thousands of more children could have been separated from their parents than previously acknowledged.

“ICE is a racist institution that terrorizes black and brown communities and violates the human rights of the families it separates, and the individuals it detains and deports,” said Drew Daniel, a Hopkins English professor, in a press release. Last year Daniel authored a petition demanding Hopkins end its contract with ICE. He says he’s taking part in the walkout because “We regard contracts with ICE as deeply inconsistent with the mission of JHU, and we will not look the other way.”

On September 22, 2018, The Real News reported on the first student and faculty walkout against the ICE contracts.

In October, Hopkins President Ronald J. Daniels and Provost Sunil Kumar rejected the demand. They said they were deferring to “faculty decisions made in relation to their research, teaching, and clinical work…This stance is an aspect of our more generalized commitment to the principle of academic freedom. … We believe that it would be antithetical to the mission of the university if we were to insist that faculty members withhold instruction or medical care in order to have the university express its disapproval with certain aspects of current federal policy.”