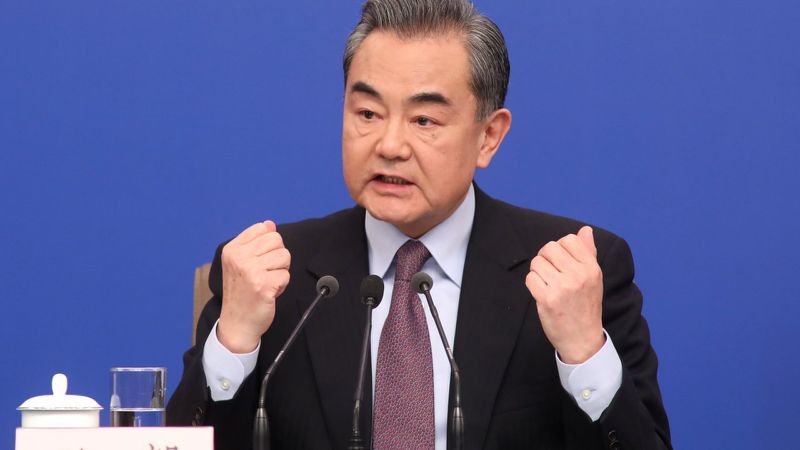 By James M. Dorsey
A podcast version of this story is available on Soundcloud, Itunes, Spotify, Stitcher, TuneIn and Tumblr
Recent Chinese pressure on Myanmar to approve a controversial dam project and the arrest in recent days in Kazakhstan of a human rights activist suggest that China in a seemingly tone-deaf pursuit of its interests is forcing governments to choose between heeding increasingly anti-Chinese public sentiment and pleasing Beijing to ensure continued political and economic support.
Apparent Chinese disregard of public opinion, whether as a matter of policy or because of haphazard insensitivity, is compounded by the powering of anti-Chinese sentiment in several countries as a result of commercial terms of China-funded Belt and Road projects that favour the use of Chinese rather than local labour and materials.
The Chinese approach risks anti-Chinese sentiment meshed with social and economic discontent exploding into popular protests that could prove destabilizing. It potentially could complicate Chinese efforts to ensure that the Muslim world continues to refrain from criticizing China’s crackdown on Turkic Muslims in the strategic but troubled north-western province of Xinjiang.
Chinese pressure on various countries aimed at imposing its will strokes with China’s adoption of a more aggressive diplomatic posture that has seen its diplomats employ blunt, undiplomatic language and repeatedly break with diplomatic protocol.
As a result, increasing Chinese pressure on Myanmar to revive the suspended Myitsone dam project in ethnic Kachin state is putting the government between a rock and a hard place.
The government is being forced to choose between ignoring popular concerns that the dam would disrupt the traditional economy of the Kachin in a region wracked by ethnic insurgency and cost Myanmar control of the Irrawaddy River, its most important waterway, or risk the ire of China on which it depends politically and economically.
China has reportedly offered in return for the dam to support Myanmar that has been condemned by the United Nations, Western countries and some Muslim nations for its repressive campaign against the Rohingya, some 700,000 of which fled to Bangladesh in 2017.
China has invested some US$15 billion in scores of projects in Myanmar
China’s state-controlled Global Times newspaper recently quoted Xiamen University Myanmar expert Fan Hongwei as saying that “the abrupt suspension of such a significant project has blurred political trust between China and Myanmar.”
Former Myanmar President Thein Sein in 2011 suspended the US$3.6 billion dam project in response to a campaign that brought together conservationists, scholars, and political activists including Nobel Prize laureate Aung San Suu Kyi.
Activists assert the dam, if built as previously designed, would flood 600 square kilometres of forestland in northern Kachin state and export 90 % of the power produced to China.
Myanmar is not the only country that has recently experienced Chinese attempts to force it to act in ways that could have unintended consequences.
Kazakh police, despite widespread public criticism of the crackdown in Xinjiang, last weekend raided the office of Atajurt Eriktileri, a group that has reportedly documented more than 10,000 cases of ethnic Kazakhs interned in China and arrested activist Serikzhan Bilash.
Activists suspect that the raid was the result of Chinese pressure aimed at squashing criticism of the crackdown in Xinjiang.
Similarly, Russian leaders are facing mounting public anger in the Lake Baikal region and the country’s Far East at their alleged connivance in perceived Chinese encroachment on the region’s natural resources including water.
A petition by prominent Russian show business personalities opposing Chinese plans to build a water bottling plant on the shores of Lake Baikal attracted more than 800,000 signatures, signalling the depth of popular resentment and pitfalls of the Russian alliance with China.
Pakistani Foreign Minister Shah Mehmood Qureshi sought to put a good face on differences with China over his country’s demand that the focus of the China Pakistan Economic Project (CPEC), a US$45 billion plus crown jewel of the Belt and Road, be shifted from infrastructure and energy, to poverty alleviation, job creation and agriculture.
China has acknowledged Pakistan’s demand but suggested that the refocussing would happen in good time.
Mr. Qureishi asserted this week had CPEC had entered its second phase but provided few details. The minister said agreements on the second phase that would involve the creation of four economic zones would be concluded at some unspecified date in the future.
China notably refrained in recent months from contributing to a financial bailout of Pakistan that was achieved instead with the help of Saudi Arabia and the United Arab Emirates who have committed some US$30 billion in funding and investments.
Pakistani and Chinese officials have gone out of their way in recent months to deny any dent in what they have described as an all-weather friendship.
“There is no threat to CPEC. Our government considers it a game changer,” M. Qureishi insisted this week.
China’s deputy chief of mission in Islamabad, Lijian Zhao, insisted in an interview last year and in a series of tweets that China “always supported & stood behind @Pakistan, helping #develop it’s #infrastructure & raise #living standards while creating #job.”
Ultimately, the proof will be in the pudding. Indications so far are that China is digging in its heels on the assumption that its political and economic clout will allow it to get its way. Its an approach that ignores potential black swans and does little to garner soft power.

Dr. James M. Dorsey is a senior fellow at the S. Rajaratnam School of International Studies, co-director of the University of Würzburg’s Institute for Fan Culture, and co-host of the New Books in Middle Eastern Studies podcast. James is the author of The Turbulent World of Middle East Soccer blog, a book with the same title and a co-authored volume, Comparative Political Transitions between Southeast Asia and the Middle East and North Africa as well as Shifting Sands, Essays on Sports and Politics in the Middle East and North Africa and recently published China and the Middle East: Venturing into the Maelstrom