The US Federal Reserve Is In Uncharted Territory Says Yilmaz Akyuz 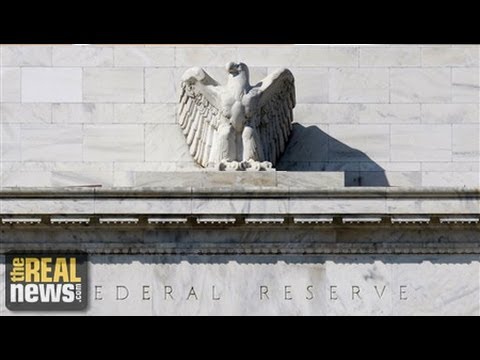 Here to talk to us about the global economy and crisis management in the United States and implications for the United States and the rest of the world, including the developing countries, is Dr. Yilmaz Akyüz. Dr. Akyüz is chief economist at the South Centre and former director and chief economist at UNCTAD in Geneva. We caught up with our guest at the United Nations after he presented at a workshop bringing together policymakers, negotiators, and experts on the issue of cross-border finance. Our conversation begins with a look at the global economy, specifically the subprime boom/bust and the management of this crisis by U.S. policymakers.

DR. YILMAZ AKYÜZ, CHIEF ECONOMIST, SOUTH CENTRE: We have had about almost ten years of honeymooning in the developing world. Subprime boom helped them a lot. And then when the crisis came, U.S. monetary policy, zero interest rates, quantitative easing, helped developing countries a lot, particularly those in deficit. On the other hand, a lot of countries like Brazil, South Africa depend on commodities were helped by China.

Now this is over, because the policies that the U.S. has been following since the beginning of the crisis in 2008 and the policy that China has been following are not sustainable. U.S. will exit from the ultra easy monetary policy it has followed in the last five years, and this exit will be problematic both for the U.S. and for developing countries. China will also exit from the investment-led growth. They cannot keep on investing 50 percent of GDP. And when China exits investment-led growth, its demand for commodities is going to slow down, and that will be bad for developing countries. So in a way we have problems at the end of the crisis which are as big as the ones during the crisis, and these problems are largely due to mismanagement of the crisis, particularly in the U.S. and Europe.

There is underconsumption in the world economy in the way that the share of wages are declining, and therefore the purchasing power of working classes over the goods and services they produce are declining. So, so far we avoided the downturn until 2008, thanks to debt-driven spending booms in the United States and Europe. Now we come to the end of it, and now we cannot actually go back to debt-driven booms. And income distribution has gotten much worse during the crisis, particularly in the United States, as well as in many other countries, and therefore we have a consumption gap even bigger.

So how are we going to grow? Not everyone can rely on exports. And if U.S. goes back to business as usual and everyone else is exporting to the U.S., that will be the end of the international monetary system.

FRIES: Commenting on the situation of developing countries in all this, our guest highlights the differences between the developing economies of China and Asia and those of Latin America and Africa.

AKYÜZ: I think during this big expansion the developing countries enjoyed, until at least end of 2012, if you look at savings investment performance, particularly in Latin America, there isn’t much improvement. Today, current account deficits in Brazil, India, Turkey, South Africa are growing and the growth of the economy is slowing. In other words, despite the fact that growth is slower, we are more dependent on external financing. So we’re moving in the wrong direction.

I think there are two sets of developing countries. China and Asians are dependent on foreign markets; Latin America and Africa dependent on foreign capital, and Turkey too. So Latin American and African countries, particularly Latin American emerging economies, are largely driven by domestic demand. Their exports are not a very dynamic part of the aggregate demand and growth story. But they’re heavily dependent on two things, which are both beyond their control: one, commodity prices; two, capital flows. And in both respects, the prospects are quite bleak.

China is the only developing country capable of moving ahead at some lower rate, not as much as double digit rates that they enjoyed up until the crisis, but 6, 7 percent without actually relying so much on external market, provided that it raises wages, it raises household income. Household income in China is less than 40 percent of GDP. This is ridiculous. Private consumption is around 35-38 percent of GDP, the things that you find at war times. And therefore China can do it, and they have the means to do it, but it’s a complex political problem because it involves redistribution from corporate sector, public sector towards households.

FRIES: Our guest takes up the question of what are the prospects for the global economy as the U.S. seeks an exit from five years of ultra easy monetary policy.

And now we come to this position now: they’ll have to exit. And this exit will be very difficult for the United States. This is uncharted water. We haven’t seen this kind of policy before. So we don’t know how to exit in an orderly way without compromising growth, without compromising financial stability. If U.S. doesn’t exit quickly in an orderly way, they will create another boom-bust cycle. Just as the policy response to the dot-com bust created the subprime crisis and subprime bubble and crisis, the policy response to the subprime bubble has created another bubble. So if it doesn’t exit, then we’ll have another boom/bust. Already there is a lot of leverage and speculation. If it exists, then it will give a shock to bond markets, it will give a shock to financial markets, and it will give a shock to developing countries.

I see no Goldilocks scenario of the Fed to exit from this unusual ultra easy monetary policy it has been pursuing in the past five years without much effect on growth and unemployment. And this is why the recovery is taking too slow, because monetary policy is not very effective under these conditions. But exit from that will give U.S. and developing countries major problems.

As I said before to your network, they could have just printed money to monetize public debt and deficit and would have got out of the crisis by now without creating as much financial fragility as they have. I think a deficit financing, to so-called helicopter money, would have caused less fragility than this whole story of zero interest rates and quantitative easing.

FRIES: Yilmaz Akyüz, thank you for joining us.