Would Austerity-Stricken Puerto Rico be Better off as an Independent State? 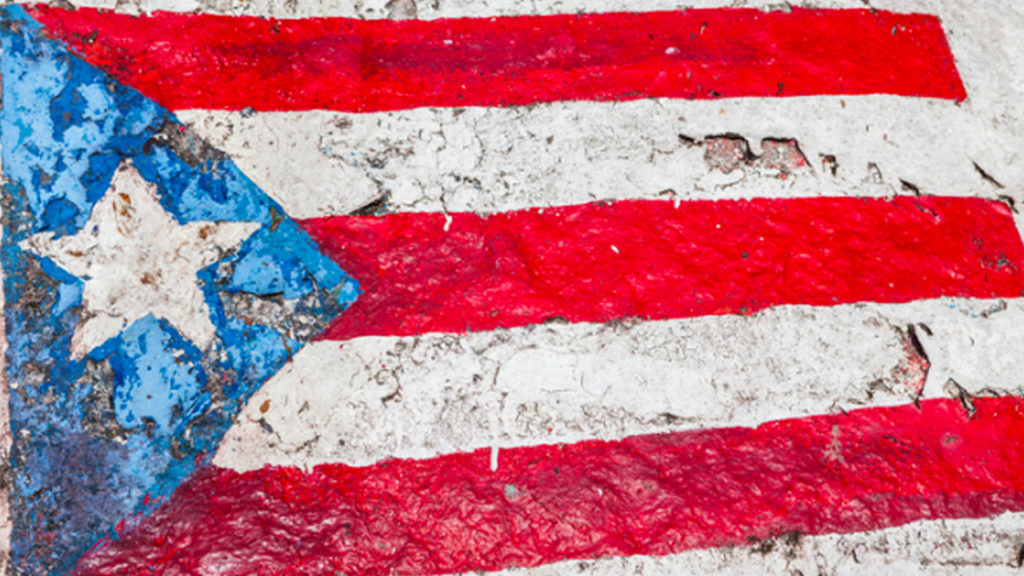 On this current excursion through Puerto Rico we’re exploring the effects of austerity on Puerto Rico, and also the aftermath of Hurricane Maria. Today I am joined by Jose Caraballo, an associate professor at the University of Puerto Rico, who has a Ph.D. in economics. He’s previously been on The Real News, and thank you for joining us again, Jose.

JOSE CARABALLO: Thank you for inviting me.

DIMITRI LASCARIS: So, Jose, I know in my prior experiences as a correspondent for The Real News I’ve covered quite extensively the austerity crisis in Greece. And you know, one of the interesting aspects of what happened in 2015 when the Greek people were confronted by a referendum about austerity, even though they ultimately voted quite strongly to reject an austerity package being imposed upon them by the European Union at the time, there was a lot of fear about leaving the eurozone. And today when I was at the Puerto Rican Grid Conference here in San Juan, I had a conversation with a gentleman who used to sit on the board of the utility, PREPA. And he told me that although he personally felt that there were excellent prospects for Puerto Rico as an independent state, that there was also here a lot of fear about a divorce between Puerto Rico and the United States. Can you comment on that not just in terms of the sentiment of the population, but also in terms of what you feel, as an economist, the economic prospects would be for Puerto Rico as an independent country?

JOSE CARABALLO: Well, first of all, I think there are many similarities with what you say about Greece and Puerto Rico. In the case of Greece, the Greeks suffered the imposition of this troika from the European Union that was imposing a huge austerity program, and Puerto Rico is facing something very similar to the troika, what we call the fiscal control board that was imposed by Congress. And so far, after two years of [resisting], we have observed from these board is huge austerity, especially for pensions for retirees. In the case of the University of Puerto Rico, they cut by half the subsidies provided by the central government. And also costs to education, and also to the health plan for the vulnerable population.

So what we have observed is that the problems are very similar. And I don’t know, I have the hypothesis that that if we have these referenda in Puerto Rico, most of the people are going to regret the austerity measures that have been taken. And also, when I listen to you, I think that many people will also reject independence and being out of this monetary union that we are with the United States for more than 100 years.

What is interesting is that it wasn’t always like that. In the first half of the last century, independents have more supporters that they have right now. So what happened in the second half of the last century is many of the federal programs that are applied to the U.S. were applied in Puerto Rico, especially the SNAP program and many others, such as Section 8 that is for housing, and others.

So people here are proud of their Puerto Rican culture. You can see many flags after Hurricane Maria, and people were celebrating when we have a gold medal in the Olympics. And you can feel it. And if you heard the news, if you put the TV, you’re going to see that people are really proud of their Puerto Rican culture, of speaking Spanish, of having different costumes than in the U.S. But at the same time they are really afraid of what will happen with the economy for Rico if all these federal programs ended. On the one side you have the poor population that is thinking “What am I going to do if I lose my subsidies to my house?” And because there are no similar programs in the Puerto Rican government, and especially now because of the austerity. And on the other side the entrepreneurs in the private sector is also afraid of the impacts in the product market if all these federal programs are removed. We’re talking that Puerto Rico receives close to $20 billion every year in different programs, federal programs, for the government and for the people.

Some of those [funds] are right. If you’re a veteran and you receive a check, that’s not a gift, because you have a contract with the Department of Defense. In the case of Social Security, in the case of Medicare, we pay for that. But there are other transfers that are not necessarily rights, contractual rights. And in that sense, many people are afraid of what will happen in independence. If those funds are removed, how are we going to substitute that? The private sector of Puerto Rico doesn’t export a lot. The local corporations, just 5 percent of them are engaging in exporting. So they are just looking at the local market and what can happen to the local market.

I believe that independence can help Puerto Rico to engage in globalization, to open to the world, to be more able to export to different markets. Right now Puerto Rico is suffering what we call the competition laws that state that all the merchandise are being transported between the U.S. and Puerto Rico have to be in American Flags. And those are the most expensive in the whole world. And there are many discussions here about it. Many people in the private sector are against it.

JOSE CARABALLO: Yes, the Jones Act. There’s also an equivalent law that prevents airplanes from Europe from transporting population from the U.S. to Puerto Rico, and it’s limiting the tourist sector. We can receive airplanes from the rest of the world, but they cannot then go–for instance, if an airplane is coming from China to Puerto Rico, then that airplane cannot go to Florida or to New York. So in practice it’s limiting the interests of Puerto Rico to the International logistic.

So in that sense, it has effected the export capacity of our private sector. So in my opinion, if Puerto Rico becomes independent, as a sort of, say, of a Prexit, compared to the Grexit in the case of Greece, in the short term we’re going to have a structural adjustment that is going to be huge for many people. But in the long term I agree with Juan Rosario, the person you interviewed this morning, that there are many profit in the long term for the Puerto Rican economy. But many people are not meauring or looking at this, probably, in that way.

DIMITRI LASCARIS: So you know, this is–one of the interesting comments that you made was about monetary policy and the common currency that Puerto Rico has. It has the, you know, the dollar as its currency. But the monetary policy is controlled by the Fed. Puerto Rico has effectively no meaningful influence over the Fed’s monetary policy. You heard many similar arguments in Greece from left-wing economists who talked about the fact that the ECB and these unelected officials were controlling monetary policy pretty much in a manner that was consistent with the dictates and the political philosophy of the German government. And that if Greece had its own currency, it would be in a position to, you know, deal, at least partially, with its lack of competitiveness through a currency devaluation. Do you feel the situation is similar here, that Puerto Rico would benefit in the long run from control of its own currency?

JOSE CARABALLO: Absolutely. Right now Puerto Rico doesn’t have control of of monetary policy or even the fiscal policy. Right now the fiscal policicy is in the hands of this fiscal control board. And in the case of the monetary policy, what we are observing is the Fed in the U.S. is taking what we call in economics countercyclical policies. So they are afraid that inflation is growing, so they are raising interest rates. And in the case of theU.S. dollar might be a good idea. There is some discussion if that is good or not but in the case of Perico there is no cost. And if you raise interest rates here you are just raising the price of credit, making it harder for small entrepreneurs to create or expand their businesses. And in the case of consumers, to buy houses and to buy cars, and other products. So that’s one of the aspects of how this monetary union is affecting Puerto Rico, because they always had this connection. The policies that are needed for U.S., for the mainland, and the policies are needed for Puerto Rico.

And as you say, Puerto Rico has barely any voice in the Fed. Especially in the committee where the decisions are taken. We also don’t have any vote in the case of Congress. We don’t vote for the president here. So being in a colony in the 21st century is–I don’t think it’s a good thing for the economy.

DIMITRI LASCARIS: And the last thing I’d like to talk to you about, because I know your time is limited and it’s a bit of a switch from what we’ve been discussing, although there are some links, and that is what’s happening directly south of here in Venezuela. As I’m sure you know, there’s a left-wing regime that’s been in place for some time now led by by Maduro, and there is a concerted effort on the part of Western nations and right-leaning nations in South America to replace Maduro or engineer his replacement with a politician who has never been elected as president. And I think it’s fair to say has a considerably more neoliberal perspective on management of the economy than Maduro or Chavez would have had. What do you think the perspective of the Puerto Rican people is about that? I mean, it’s very interesting, because it is a colony. But at the same time it’s part of the United States. And I’m curious what what you think the perspective is, and what your view is about what’s happening south of here.

DIMITRI LASCARIS: Or Bolivia under Morales.

JOSE CARABALLO: Exactly. So they are, in that sense, cherry picking bad examples from Latin America to impose fear in the island. And also another interesting aspect in the case of Puerto Rico is that most of the Greek people are a little bit conservative in terms of economic decisions or orientation. So it is hard to believe that people in Puerto Rico are going to vote for for a candidate that supports very hard left-wing policies. I believe that Puerto Rico will have been independent. Perhaps someone, like, center-left will have more prospect of being elected.

The other question you have is what many people think here. Yeah, I think most of the people reject the regime of Maduro in the case of Venezuela. In my opinion, it’s actually a transition that doesn’t have a leader, a divisive leader such as Maduro or this other president of the of the Venezuelan Congress that is called Guaido. Because Venezuela needs a reconciliation process. And for that you need a person of consensus. And I don’t think either of them is that person that can lead Venezuela through that transition that can bring peace and prosperity to most of the of their population.

DIMITRI LASCARIS: Well, thank you very much for joining us today.

DIMITRI LASCARIS: We’ve been speaking to Jose Caraballo of the University of Puerto Rico, and this is Dimitri Lascaris, reporting from San Juan for The Real News.