2019 Govt. Shutdown can be compared to Clinton/Gingrich battles of 1995, it could affect the welfare of millions says Bill Curry, former White House counselor to President Clinton

2019 Govt. Shutdown can be compared to Clinton/Gingrich battles of 1995, it could affect the welfare of millions says Bill Curry, former White House counselor to President Clinton 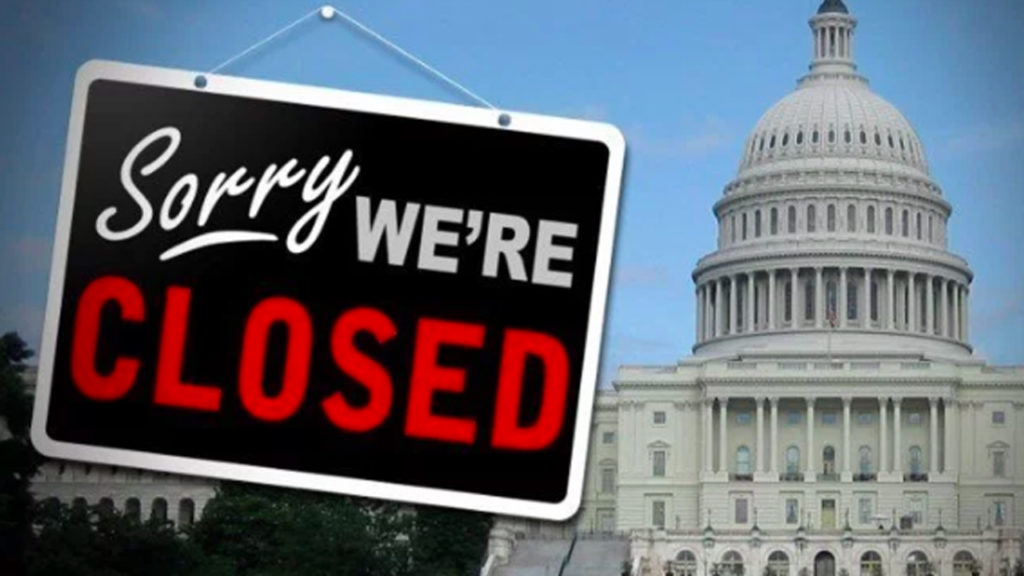 MARC STEINER: Welcome to The Real News Network. I’m Marc Steiner, it’s great to have you all with us.

The government shutdown is now in its second week. There was a short shutdown under Obama and a much more politically intense one under Clinton. So what makes this shutdown different from all the other shutdowns? This political moment between Trump and the Democrats in Congress is akin to Clinton-Gingrich in a way and the battles over the shutdown 1994.

So what does that mean for right now and the politics of 2019 and 2020, and what about the American people themselves? How are they faring under this shutdown, which is not as pervasive as the one in 1994, but is leaving people like Native Americans in our country in deep peril, with no money for their healthcare, schools, roads, not to mention, food? And hundreds of thousands of federal workers could face serious economic repercussions, despite being paid back pay. And this does not take into account the countless people working under federal contract, who will receive no compensation and are in dire economic straits. And what may the future portend in terms of political battles facing America and this new Congress? Will it help us wade through all of this madness?

We have, once again, Bill Curry, who was a former counsel to Bill Clinton in 1994 in his first term in office, writer for Salon and many other journals, twice nominee for governor of Connecticut, frequent guest here on The Real News. And Bill, welcome. Good to have you back with us.

BILL CURRY: Wonderful to be with you, thank you.

MARC STEINER: So let’s do begin there. I mean, you lived through this shutdown in 1994 when you served Bill Clinton in the White House. In ways, this is much more pervasive, but the political tensions were not as severe, but very similar. So what do you make of the difference between this shutdown and the shutdowns that have taken place under Clinton, and even the one under Obama?

BILL CURRY: Well, first of all, the Clinton shutdown – which really should be remembered as the Gingrich shutdown and was perceived that way overwhelmingly at the time. Polls showed that by 20 and 30 point even margins, peopled blamed the Republicans squarely, as they should have. And it was, Gingrich thought at the outset, a really good idea for him to shut down the government. Notice the first parallel to our present moment, that Trump, like Gingrich, seems to feel that this is an idea that’s very much in his interest and for some of the same reason that it excites his base.

And the public … Clinton had been so far down when Clinton hired me after the 1994 election, I had lost a close race for governor in Connecticut, Clinton called and asked if he thought there was any chance that he could come back and win, and I said sure, not really having an opinion on the subject at the time. But Clinton was way down. Two things happened. He did very well with the Oklahoma City bombing and that bumped him up. People thought that he demonstrated empathy, some character in that. And then came the event that made his re-election, and that was the shutdown. And people decided that Clinton had acted as an adult, that he demonstrated maturity and reason.

MARC STEINER: Who’s the adult here, politically, do you think?

BILL CURRY: Well, I think it’s really important for both Pelosi and Schumer to remember that. Schumer has a very unfortunate habit of presenting everything in tactical terms. When he announces that the Democrats are for raising the minimum wage, he puts the fact that he thinks it will help them in the election in the very first sentence, as opposed to the people it will help. He’s lived so long with pollsters and consultants, but yet none of them can stop him from doing that. I’ve seen a little bit of that already. Gingrich lost because he was thought to be a baby about it, he was caught being immature and whining a couple of times.

BILL CURRY: Yeah, again, for Trump. Trump is the man baby here to say the least. It’s all the same kind of vitriol and partisanship people don’t want. There are a couple lessons about this. One, they don’t want the government shutdown at all. It is, on its face, a failure of leadership. And they’re going to credit whoever appears to have behaved as an adult.

To me, they have to make two things very clear. One, they want the government open, they’re doing a pretty good job of that. But they already, both Pelosi and Schumer, talk about this tactically too often. Gingrich made that mistake and it hurt him.

MARC STEINER: So let me do this as you explain this to us: let me play these two clips, and you can hear them. And I want you to pick up where you left off here to talk about that before we talk about the effects of this. And these are two clips, one of Trump talking about why the shutdown is important and the wall is important, and the other is Schumer and Pelosi and their response to the shutdown. So let’s watch these clips. I’m going to come back to let Bill comment on this and how this affects what he’s just been talking about.

NANCY PELOSI: Democrats have been committed to protecting our borders, it’s the oath of office we take to protect and defend. It has been very important to us and we have committed resources it when we were in the majority and will continue to do so.

CHUCK SCHUMER: The only reason that they are shutting down the government is very simple. They want to try and leverage that shutdown into their proposals on border security. We want strong border security, we believe ours is better. But to use the shutdown as hostage, which they had no argument against, is wrong.

MARC STEINER: So I’m curious how you analyze this in terms of what the Democrats here are missing or not missing. I mean, the majority of people in America so far from most polls really don’t care about the wall like Trump and his most ardent supporters care about the wall. And there are all these other issues I’ll get to in a moment about what’s happening to the federal workers and just regular citizens in this country with the shutdown. So what about the Democratic tactics here and how they’re addressing this question the shutdown, especially with their new power in Congress and all these new congressional representatives to the left that are now in Congress?

BILL CURRY: First of all, I think that was better than they’ve been on this topic throughout. There’s a slow learning curve here, which is gratifying to see. Secondly, there’s a problem in all of our politics. The Democratic Party has this problem a little worse, and that is that we don’t argue policy. We’re constantly looking for the right slogan, meme, theme, message, TV ad. And we have lost faith in A, I think, people’s ability to hear facts, logic, reason, and therefore don’t press it as hard. Secondly, I think there’s a problem where we sidestep issues. Of the last two presidents, Trump and Obama, Obama was more of a hawk on immigration, on deportation. Every president since Clinton has increased border security spending and personnel every couple of years. This has been an upward vector throughout. And beginning years before Trump got here, we’ve had many years in the last decade in which more people cross that border heading south and north. The issue was diminishing.

And the one of the problems, though, is that the Democrats are so silent and have been reluctant to make that argument. You know, we’re for border security and we want everyone who comes here to come legally. And every president, Democrat or Republican, has increased this, and many did a better job than Trump’s doing so far. We’re opposed to this for a variety of strong logical reasons that the American people share, and not being afraid to come out and make that argument. There’s two things we need to do. We need to secure our borders, we’ve been doing a better job of that than anybody on the other side lets on, it’s not the crisis he’s made it out to be. You can prove that with facts. And at the same time, we need to take the people who are here now living in the shadows, half citizens or less, workers in black markets, et cetera, we need to lift them out of the shadows so that we can be a full, functioning, flourishing democracy again. Those are the two things that we need to get done here.

And again, the good news is that most people agree with the Democrats. But they have to be forceful and specific and logical in pounding home why this doesn’t work in a very frank way. Trump began about a month ago shifting from the wall to border security. He’s actually done Tweets in which he doesn’t say “wall,” he only says border security. He’s trying to make this “the Democrats are weak on border security” as opposed to “the Democrats are wrong about the wall,” which is an argument he can’t win. And so, the Democrats have to just do a better job in this as in so many areas. If you look at the areas where Trump has focused, which have dominated the headlines for the last few years, you have immigration, you have trade, and then you have a series of foreign policy imbroglios. And in all those cases, the Democratic voices have mute. They have to learn that every single lie has to be refuted and every single policy has to be engaged substantively.

Are we’re here talking with Bill Curry, who used to work in the Clinton White House and is a noted writer and has been on The Real News many times. And we’re going to go to another segment to tackle that very issue. So I hope you enjoy this one, or you did, and we’ll be back with Bill in the next segment here.