The upcoming election in Israel is increasingly focused on the corrupt arms deals between Israel and Germany, from which Prime Minister Netanyahu personally profited millions of dollars. TRNN's Shir hever discusses the implications

The upcoming election in Israel is increasingly focused on the corrupt arms deals between Israel and Germany, from which Prime Minister Netanyahu personally profited millions of dollars. TRNN's Shir hever discusses the implications 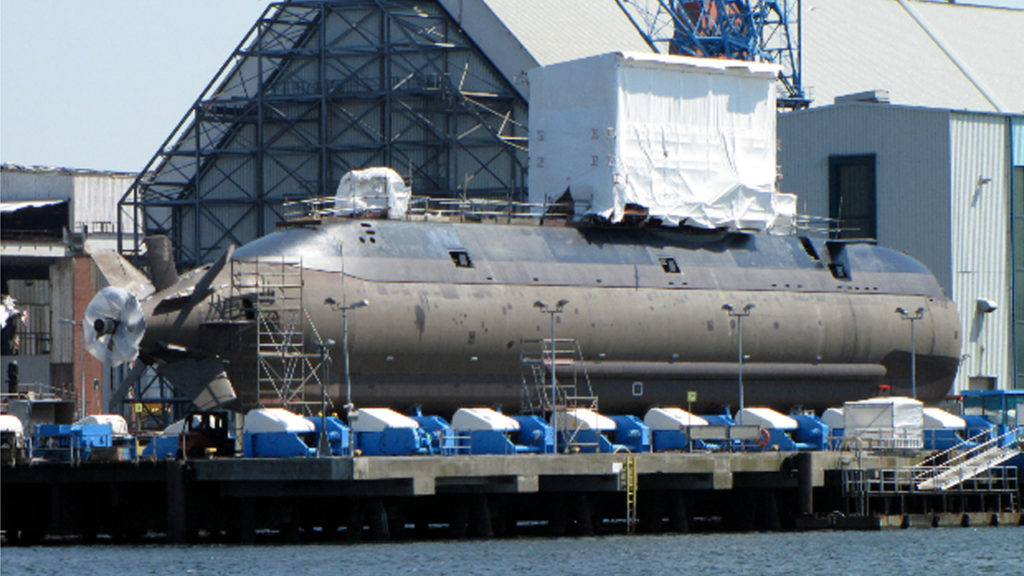 New revelations about the arms deal between Israel and Germany is rocking the Israeli election campaign just two weeks before the elections. The state witness Mickey Ganor, who was the agent of the German Thyssenkrupp arms company in Israel, has been arrested by the police after he suddenly changed his story and violated the terms of the deal he made with Israeli police. At the same time, new evidence emerged that Israeli Prime Minister Netanyahu has sold stocks in the GrafTech international company, which is a steel company providing components for the German company, making a profit of 400 percent, about four and a half million dollars.

It was also revealed that the German government requested Netanyahu’s permission before selling similar submarines to Egypt. Netanyahu claimed before that he never gave such permission, but new evidence has shown that he lied and in fact authorized the German-Egypt arms deal, boosting the profits of GrafTech international, in which he was a stockholder. Major General Benny Gantz heads the party Blue and White, which is trying to unseat Netanyahu in the upcoming election. At a recent press conference, he had the following things to say.

Shir Hever is a correspondent for The Real News Network living in Heidelberg, Germany. His most recent book is The Privatization of Israeli Security, published in 2017 by Pluto Press. Thank you, Shir, for joining us.

SHIR HEVER: Thanks for having me, Charles.

CHARLES LENCHNER: The Israeli media has given codes to all these corruption cases they call it 1000, 2000, 3000, but now the revelations are regarding specifically case 3000, in which no indictment was issued. Help us understand what this case is about and how it’s different than the other three.

SHIR HEVER: Right. So the cases 1000, 2000, and 4000 are the ones that there was an indictment for. And they are quite similar cases, because in all of these three cases, the issue is about billionaires who control media empires who received various, or allegedly received, various benefits from Netanyahu, who used his political power of those media empires in exchange for favorable coverage or for various gifts that he received from that.

Case 3000, which is now dominating the headlines, is very different from that. And the reason is that it’s not about media, but rather about the arms trade. Germany has sold Israel both submarines and heavy warships, which the Israeli navy actually said they don’t need. And they bought them anyway, because two percent of the deal was given as commission, which when we talk about two percent, it already counts as a bribe, actually to Mickey Ganor, who then turned state witness. And Mickey Ganor is a friend of Netanyahu, he was appointed by him to the National Security Council of Israel. His lawyer, David Shimron, is also the lawyer of Netanyahu and also happens to be the cousin of Netanyahu. So the web of connections is very tight.

And Netanyahu kept insisting that he doesn’t know anything about it. And the state attorney at the time, Mandelblit, very strangely announced when he started the investigation of this case 3000, about the arms deal, that Netanyahu was not a suspect, which is a very strange thing to say when you start an investigation, that you’re already excluding the possibility that somebody who’s very much in the middle of this story is even going to be indicted at some point. Now, when all of this evidence is coming out, it of course shows that the decision of Mandelblit not to press charges is challenged, Mandelblit’s reputation is under attack, as this evidence is pretty condemning considering Netanyahu.

SHIR HEVER: It all goes to this press conference that we’ve just seen a short segment from. Because in fact, most of the facts regarding this arms deal have been known for years. The German government announced that they’re going to suspend trade until it will be clear that there is no corruption involved. But then, when people started to get arrested and the idea that corruption is involved has become obvious, then the Germans decided they were going to go ahead with the deal anyway because they want the money.

So we’ve already gone through several stages. It was reported in the German media, it was reported in the Israeli media. But a lot of the facts were not put together, for example, the fact that the Germans said, we got approval from the Israeli government to sell submarines to Egypt. And that made a lot of Israelis think well, OK, so the Israeli government approved it. What is new about this story is the fact that in this press conference that we’ve just seen, it was not just Benny Gantz speaking. There was a whole series of people who spoke, and all of these people are senior members of this new party called Blue and White, and they’re all former members of cabinet or commanders of the army, chiefs of staff of the army. So these people have all been in a position to observe all of the malfeasance going on, the bribery, the lying, and they said nothing at the time.

And now, they’re coming up just two weeks before the election to try to change the momentum and get a few votes right when the polls are about to close. But I think what they’re doing is actually also exposing their own incompetence. Because when Moshe Dayan, example was the Minister of Defense, he said he doesn’t want to have the submarine deal because it doesn’t serve Israeli strategic interests and it’s a terrible waste of money. But that’s it, he just said it to Netanyahu. He didn’t resign, he didn’t make a big deal out of it. So now when he’s saying oh, you lied to me, you didn’t give me all the information, that sounds a bit strange. Why didn’t you say something at the time? And I think that actually shows that these politicians who are trying to portray themselves as alternatives to Netanyahu are also not very honest and straight in their politics.

CHARLES LENCHNER: There’s a joke, that instead of Israel having an army, it’s an army that has a state, that goes around. And the security establishment is one of the most trusted parts of Israeli society. What is changing here? Is there a sense the either complicity or silence or malfeasance of all of these different parts of the security establishment is changing something about how the Israeli public looks at that?

SHIR HEVER: I think that’s a very deep change in Israeli society. And Israeli society used to be one of the most militaristic societies in the world, and it is quite militaristic today, still more than most countries in the world, but actually, the militarism is going down. The idea that when a general speaks, everyone has to be quiet and listen to them, is indeed the reason for such jokes like you just said. And there is a lot of those jokes. And this idea that Israeli security comes before anything else is now crumbling at the seams.

We’re seeing actually that Netanyahu was able to pull off something that no politician before him was able to do. He decided, for his own reasons, for his own agenda, to go against the security elite, to go against the generals. All the generals said, we don’t want submarines, and he said, no, but I want submarines, and he got his way. And that’s very interesting. And he’s still leading at the polls, which means that the Israeli public is still willing to take his word over the word of all the generals. This party, the Blue and White party is really riding the wake of this dominance or the hegemony of the Israeli security elite, the generals, in the Israeli political sphere. But it’s not such overwhelming as it was before, and today people are not necessarily going to vote for them just because they’re generals.

CHARLES LENCHNER: It makes you wonder who is breaking the covenant between the security establishment and the Israeli public. Both of them seem to be dancing together on this one. Thank you very much, Shir Hever.

CHARLES LENCHNER: Thank you, Shir. And thank you for joining us at the Real News Network. Thank you sheer.