Why Is the Anti-War Movement Still so Weak Under Trump?

The anti-war movement, once strong under Bush, died under Obama, and still is weak under Trump. TRNN's Ben Norton speaks with CODEPINK's Ariel Gold about the power of the military-industrial complex and the campaign to stop the US-Saudi assault on Yemen

The anti-war movement, once strong under Bush, died under Obama, and still is weak under Trump. TRNN's Ben Norton speaks with CODEPINK's Ariel Gold about the power of the military-industrial complex and the campaign to stop the US-Saudi assault on Yemen 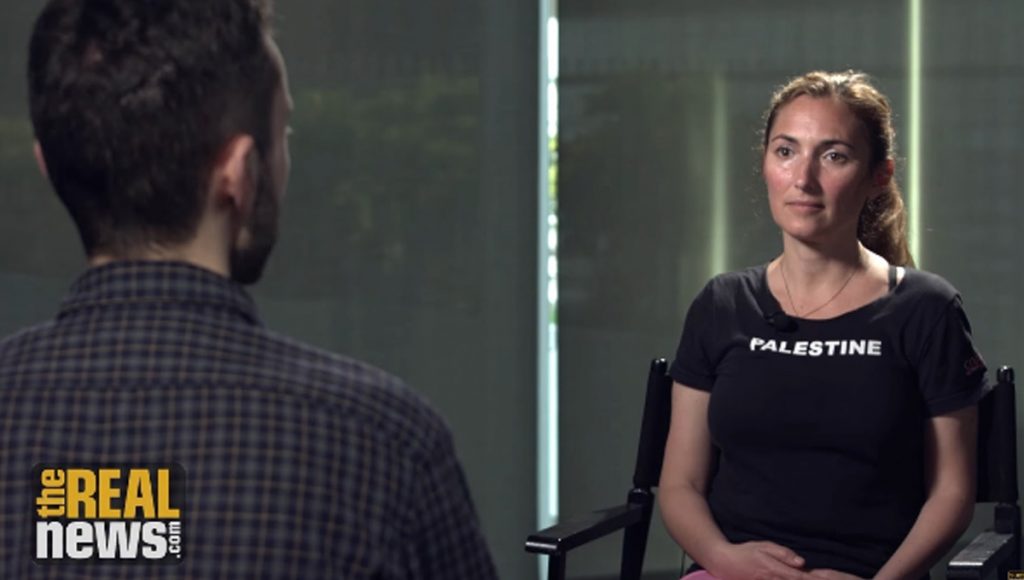 BEN NORTON: It’s The Real News. I’m Ben Norton. Today we’re joined by Ariel Gold here. Ariel is the national codirector of Code Pink, which is a women-led peace group that is really one of the key figures in the antiwar movement in the United States. Thanks for joining us.

ARIEL GOLD: Thanks so much for having me.

BEN NORTON: So let’s just talk about the antiwar movement. What’s interesting is there was a very strong, vibrant antiwar movement under President Bush. President Bush, Jr. And we saw with the illegal invasion of Iraq, the war in Afghanistan, a massive upswell of Americans, and people throughout the world pushing back against this carte blanche for endless war. But it seems like not only during the Obama administration but even with President Donald Trump, who is a far-right, you know, extreme racist president who has been expanding wars like the war in Afghanistan, it seems like the antiwar movement is still pretty weak. What is your take? Why do you think we don’t see an antiwar movement that is as strong as it was under Bush?

ARIEL GOLD: Well, I would say that Donald Trump has just exhausted the resistance movement in general. He has us running in so many different directions, with so many atrocious appointments. If we look at Betsy DeVos in Education, and moving Tillerson into the State Department; his policies on the border wall, and immigration policies. We’re just, you know, in general the protest movement and the resistance movement that I would say is exhausted.

And there’s so much to deal with with domestic issues that it’s hard sometimes for people to see the connection on a broader global perspective of what’s going on internationally, and how much, for example, weapons companies are profiting.

BEN NORTON: Yeah. To push back a little bit, I mean, I think that’s certainly true. But to push back a little bit, what’s interesting is we’ve seen elements of the Democratic Party that call themselves the resistance, and even like liberal media outlets, like MSNBC, who in fact applaud Trump when he is waging war. It’s actually the only time they will applaud him. So we’ll hear when Trump expanded the war in Afghanistan and is sending 3500 more troops, he’s now called presidential. When he bombs Syria he’s presidential. What do you, what is your take on this, on elements-. You know, these are mostly corporate liberals. You know, the kind of neoliberal wing of the Democratic Party. But what do you say in response to that?

ARIEL GOLD: Sure. Well, one of the things that we see is that when more wars are waged, weapons companies profit. And one of the things that we’re doing right now at Code Pink is we’re looking at members of Congress, and specifically members of the Democratic Party, and how much funding they are receiving from weapons companies. How much they are profiting off of the deaths of people across the world.

BEN NORTON: Yeah, and Code Pink recently launched a campaign pressuring BlackRock, which is the largest shadow bank in the world, to divest from the military-industrial complex. Here at The Real News we interviewed you and one of your colleagues to discuss that campaign. And then also Code Pink has been leading a larger campaign to pressure other institutions and organizations throughout the country, and the government itself, to divest from the military-industrial complex. Can you talk about this larger campaign?

ARIEL GOLD: Well, these companies, whether it’s Lockheed Martin, Boeing, Northrop Grumman, or the Israeli weapons companiy Elbit, they are literally making a killing off of killing. So for example, Lockheed Martin received more in federal funding in 2016 than 22 U.S. states combined. So this is who is profiting. And it’s at the expense of such things as our health care needs, our education needs, infrastructure. And as money goes into the pockets of members of Congress, including Democratic members of Congress, the way that they vote and the issues that they’re concerned with are affected.

BEN NORTON: This is actually an interesting point. The Donald Trump administration has made one of the key strategies it’s pursuing to try to win re-election in 2020 is investing in creating new jobs in the rust belt. And what’s fascinating is if you look at Trump’s strategy, he’s targeting for ammunition and weapons manufacturing jobs. And Chris, the journalist Chris Hedges, he has a new book coming out. It’s an excellent book. It’s called America: The Farewell Tour. And he opens the book actually talking about Scranton Pennsylvania. And this is, you know, a somewhat impoverished town where many jobs have fled because of deindustrialization and trade liberalization.

But what’s one of the interesting things is he points out that one of the only jobs available in this town is arms and ammunition manufacturing, specifically, creating ammo. So can you talk about the Trump administration’s attempt to try to revive the U.S. economy through billions of dollars in arms exports to regimes like Saudi Arabia, and recreating domestic manufacturing based on death?

ARIEL GOLD: Well, let’s look specifically at the ammunition company Remington, which is about to receive a large amount of funding, keeping them out of bankruptcy from Bank of America. Remington manufactures ammunition that’s being used right now on unarmed protesters in Gaza. We have seen almost 120 people shot since March 30 in Gaza. We can also look at the deaths here in the U.S. from mass shootings and answer this question of is this where we want to be creating jobs? Is this how we want to rebuild the country?

BEN NORTON: Yeah, and then we’ll do a segment on Palestine with Ariel Gold here at The Real News after that, in the second part of this interview. But concluding here, let’s briefly talk about another conflict that gets virtually no mainstream media attention, and unfortunately has seen little antiwar organizing, although it’s growing, and that’s the war in Yemen. We saw Mohammed bin Salman, the Saudi crown prince, who is in the United States by mainstream media outlets being romanticized as this revolutionary reformist while imprisoning women’s rights activists at home and bombing Yemenis, its southern neighbor.

When Mohammed bin Salman visited the U.S., Code Pink and a small other handful of groups were the only organizations that protested his visit. Why do you think there’s so little attention to this war, which has created the largest humanitarian catastrophe in the world in the world?

ARIEL GOLD: Well, Mohammed bin Salman is waging a massive PR campaign to frame himself and Saudi Arabia as reformers. Talking about, for example-, and you mentioned women’s rights, giving women the right to drive. However, Saudi Arabia has just arrested the women’s activist who fought for the right to drive. And so this is a real propaganda campaign.

And absolutely, we were out there to say that Mohammed bin Salman is no reformer at all. And there is nothing progressive about causing the worst humanitarian catastrophe on earth in Yemen. In Yemen right now, a child dies every 10 minutes from malnutrition. And this is a direct result of the Saudi-led bombing campaign. And the bombing campaign is taking place with U.S. weapons. These are U.S. weapons sales to Saudi Arabia. So were directly complicit in this.

BEN NORTON: Yeah. And then, finally, for Americans who want to do something about this war, you mentioned the massive death toll, also from hunger. Thousands of Yemenis have died. In fact, according to UNICEF, again a report that was largely overlooked, in 2016 63000 Yemeni children died from preventable causes. That’s 63000 dead Yemeni children in one year alone. For Americans who want to try to do something about this, and to stop the bloodshed, what can we do?

BEN NORTON: Great. Well, we’ll continue our discussion here with Ariel Gold of Code Pink. We’re going to talk about the massacres going on in Gaza, and the larger movement for Palestinian human rights. Thanks for joining us, Ariel.

ARIEL GOLD: Thanks so much.

February 5, 2020
Sign Up for Our Newsletter
Help Us Make Real News!