Why Do Black People Always Have to Forgive? 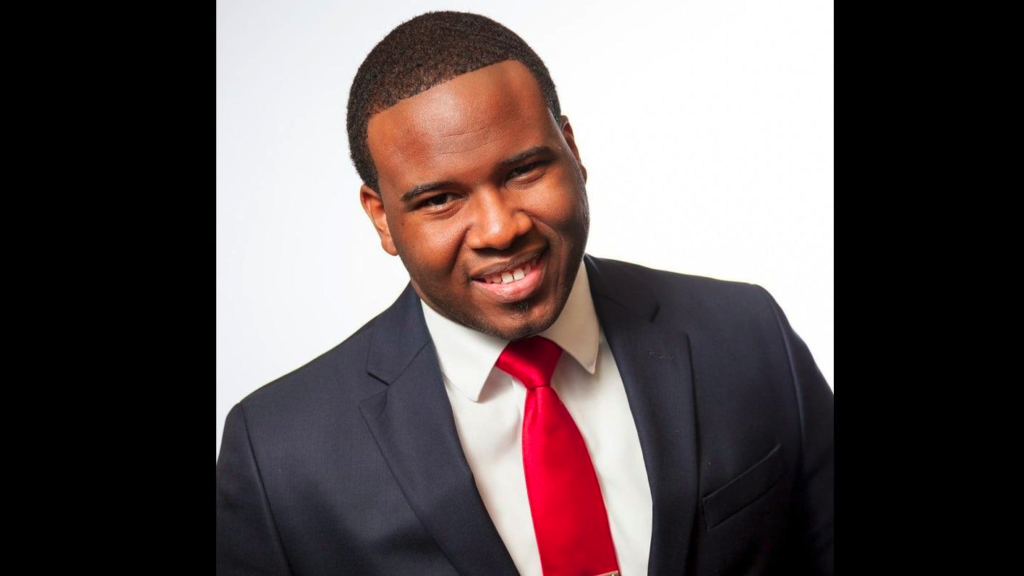 SPEAKER 2: If it was a white woman that got killed by a black person, they would have got life!

LISA SNOWDEN-MCCRAY: Welcome to The Real News. I’m your host, Lisa Snowden-McRay. Former Dallas police officer. Amber Guyger has been sentenced to 10 years for the 2018 death of Texas man, Botham Jean. Guyger’s sentencing was yesterday, but what people are still talking about is the show of emotion that happened in the courtroom. Shortly after Guyger was sentenced Botham’s brother, Brant Jean, told the court that he forgave Guyger for his brother’s death and gave her a hug.

BRANT JEAN: If you truly are sorry, I know I can speak for myself; I forgive you.

LISA SNOWDEN-MCCRAY: Judge Tammy Camp, who presided over the case also hugged Guyger and gave Guyger her personal bible telling her quote, “You need a tiny mustard seed of faith. You start with this.” Jean’s mother was a little more critical in her statements after the sentencing.

ALLISON JEAN: Yesterday, we saw the conviction of Amber Guyger and today we heard the sentence of 10 years in prison. That 10 years in prison is 10 years for her reflection and for her to change her life, but there is much more to be done by the city of Dallas. The corruption that we saw during this process must stop. It must stop for you because after now, I leave Dallas, but you live in Dallas and it must stop for everyone.

LISA SNOWDEN-MCCRAY: It begs a few questions. Would Guyger have been treated this way if she was black? Are black people compelled to forgive those who hurt them? Today I’m talking with Real News host Jacqueline Luqman about why this story is so compelling.

JACQUELINE LUQMAN: Hi Lisa. Thank you so much for having me.

LISA SNOWDEN-MCCRAY: Oh, my pleasure. We were talking a little bit before the camera started rolling about how you heard about what happened in the courtroom, ironically, a little bit after you came home from church because a lot of the conversation was around how it was so great that the victim’s family was being so forgiving and how that’s a Christian thing to do. What was your take on that?

JACQUELINE LUQMAN: Well, my take is that people, especially Christians and particularly black Christians, have a very skewed interpretation of the doctrine of forgiveness as it’s preached and taught in, especially, American Christian churches. We are taught that we’re supposed to, especially black people, are taught that we’re never supposed to be angry at what is done to us and it doesn’t matter if it’s someone who steals from us or if it’s an example of extra judicial killing of an unarmed black person by law enforcement. We’re just never supposed to be angry. We’re always supposed to be meek and humble and we’re supposed to automatically, immediately forgive whatever anyone does to us.

That is a doctrine that is not biblical. It’s a misinterpretation of what forgiveness is in the biblical sense. It’s also not a form of forgiveness that’s practiced by many white Christians. There are a lot of different angles in that where we can look at how white supremacist ideology has misinterpreted and warped scriptures to control at, first, formally enslaved people and enslaved people and how those scriptures came out of an ideology of supporting empire in the first place when they were written.

Because we’re talking about the difference between the epistles and the gospel of Jesus Christ, which directly confronts and challenges unjust authority. What’s taught around forgiveness in the bible is usually centered around the epistles or the letters that came after the gospel that focus a lot on obeying all kinds of authority and that’s what we’re taught.

LISA SNOWDEN-MCCRAY: I mean, it makes me think about even with… Everything these days goes back to Donald Trump, unfortunately. But when you look at his polling numbers, the people who are most consistently with him are white evangelical Christians. It also makes me think about when there were slaves, slaves were compelled a lot of times to go to church with their masters and stand in the back. It’s always been this warping of religion to kind of meld with the United States’ long history of anti-blackness.

JACQUELINE LUQMAN: Absolutely. I mean we don’t have enough time to go into all of the connections, but I love that you brought up that point that this was a tool; the misinterpretation of these scriptures to control oppressed and enslaved people was a tool that the empire, that the slave holding class used to control people. But when those enslaved and oppressed people actually were given the opportunity to read the scriptures themselves, they found in those very same scriptures a very different representation of the Christian God. This deity was someone who they found in the scriptures was on the side of the oppressed. He fought for justice and he compelled people who believe, who were believers to fight for justice on behalf of the oppressed, but this is one of the reasons why reading was prohibited among enslaved populations so that message of liberation could not be imparted to those people.

It got through anyway because this very same faith is what people like Nat Turner and John Brown and Denmark Vesey and Harriet Tubman, and Sojourner Truth and Marcus Garvey and others used to fight for liberation for oppressed people. We don’t have a historical, the historical narrative of the scriptures themselves and of the Christian faith in regard to black liberation. That’s one of the reasons why we think that what happened in that courtroom was what forgiveness is supposed to look like for black people who call themselves Christians.

LISA SNOWDEN-MCCRAY: What do we do? I know that when Guyger was even found guilty, in my circles, people were shocked. People were shocked that she was even found guilty. There’s not too many instances in the United States of a person who was a police officer being held accountable for taking a black life. We get to there. We got to the sentencing, which we can even argue about whether that was enough time or not, but where do we go from here? Where do black people go from here if we are not compelled to forgive, what are the alternatives for us?

JACQUELINE LUQMAN: Well, first, I think you also raise a good point about the sentencing, and the fact that she was found guilty, which is unusual, but even among the black radical circles and the activists, we were looking at the situation from the guilty verdict and saying, okay, she’s been found guilty, but let’s not celebrate because we know that there’s going to be some shenanigans with the sentencing because we’ve seen this before. Then that’s what happened. The sentence could have been up to 99 years for murder and she was granted a sentence of 10 years with the possibility of parole in five if she behaves herself in prison.

I mean, people who sell crack have gotten sentenced to prison for more time. We understand that there is an inequity, a serious racial inequity that exists in the justice system, so-called justice system. We have to keep pointing that out as both as Botham Jean’s mother so eloquently did, that people in Dallas still have to live with that corruption and that injustice in Dallas. We have to keep fighting on those fronts and challenging the authority that allows these things to happen. That includes challenging the judge who was a black woman and calling into account the behavior of the bailiff, another black woman, and recognize-

LISA SNOWDEN-MCCRAY: She was the one who was stroking her hair.

JACQUELINE LUQMAN: Yes. And making her presentable and comfortable before the sentencing. We have to recognize that even black people in positions of authority will sometimes uphold the very system of white supremacy and oppression that we endure as we go through these challenges. As far as forgiveness is concerned, forgiveness is, just from a biblical spiritual perspective, it’s personal thing for everyone depending on their own personal proclivities, but if we’re just talking about, in the Christian faith, forgiveness is a process that includes inputs and measurable behaviors from the perpetrator of the person who requires forgiveness. This is a part of the forgiveness narrative that even Christians don’t understand is a requirement for the process.

It is not just a quick “you’ve done me wrong, and for me to be a good Christian or for me to be a good person of spiritual belief, I have to immediately forgive you, and you’re released from responsibility for making anything right of what you’ve done.” That’s not what the doctrine of forgiveness is in the Christian faith tradition. It involves quite a bit more than that. It involves true contrition, and it involves a changing of the perpetrator’s behavior away from those actions that warrant forgiveness. Then, then when those things are genuinely done, then we can talk about forgiveness. Usually, even then, it doesn’t require hugging people who murdered your loved one in a courtroom.

LISA SNOWDEN-MCCRAY: Well, Jacqueline, thank you so much for sharing your thoughts today.

JACQUELINE LUQMAN: Thanks so much for having me.

LISA SNOWDEN-MCCRAY: I am Lisa Snowden-McCray and you’ve been watching The Real News Network.