This coming Sunday is Venezuela's Presidential election, which was moved up by several months. A large part of the opposition is boycotting the vote, but a serious challenger is in the running against Maduro. We speak to Venezuela expert Miguel Tinker-Salas

This coming Sunday is Venezuela's Presidential election, which was moved up by several months. A large part of the opposition is boycotting the vote, but a serious challenger is in the running against Maduro. We speak to Venezuela expert Miguel Tinker-Salas 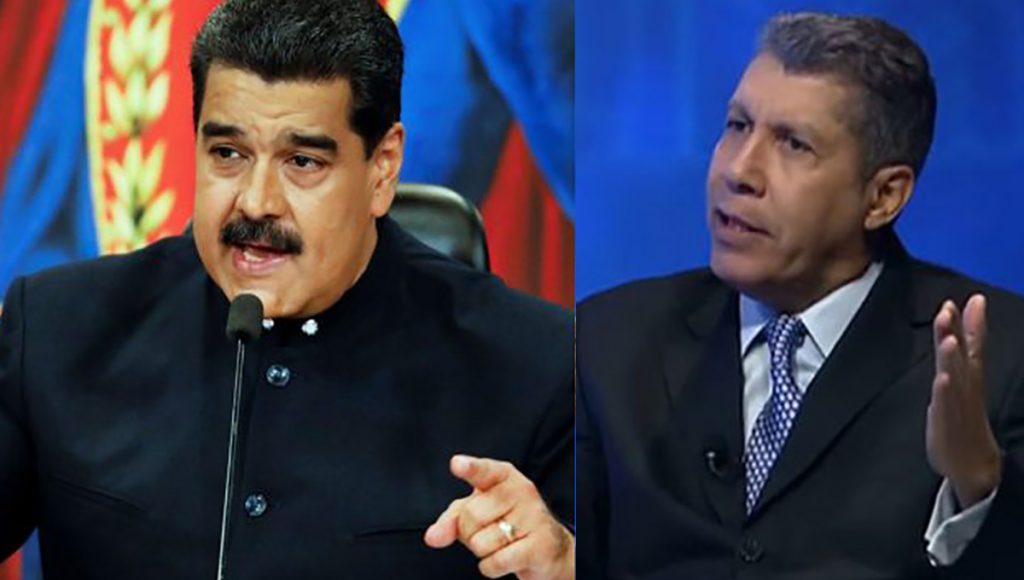 SHARMINI PERIES: It’s The Real News Network I’m Sharmini Peries, coming to you from Baltimore. Venezuelans will vote for a president this coming Sunday, May 20. This president election is taking place under rather complicated and difficult circumstances. The country’s economic crisis, marked by hyper inflation and shortages, continue unabated. A large part of Venezuela’s opposition parties are calling for a boycott of the vote, and the U.S. and other conservative governments in the region are saying that they will not recognize the results of this election, regardless of the outcome.

NICOLÁS MADURO: Give me 10 million votes and I will lead you to peace to economic prosperity and lead Venezuela to a powerhouse, I swear.

HENRI FALCON: A macroeconomic stabilization plan, that first tackles the problem of inflation, that really goes in depth to address the serious problems of the permanent state of decaying conditions in our state-owned company, Petróleos de Venezuela.

SHARMINI PERIES: Joining me to discuss Venezuela’s presidential campaign is Miguel Tinker Salas. Miguel is professor of Latin American History at Pomona College in California and author of the book, Venezuela: What Everyone Needs to Know. Thanks for joining us, Miguel.

SHARMINI PERIES: Miguel, the opposition in Venezuela has called for a boycott and the U.S. is saying that it won’t recognize the vote, no matter what. According to them, the vote is not guaranteed to be free and fair. What do you make of that conclusion, prior to the election, and of course, what the outcome might be on Sunday?

MIGUEL TINKER SALAS: Well, I think they want to have it both ways. On the one hand, they want to boycott the election. They call on abstention on the part of the participants in the country. On the other hand, here we have Henri Falcon, a candidate who used to be a Chavista, who broke with Chávez in 2006-2007, has a track record as governor of the state of Lara, and has increasingly been doing better in the polls, and receiving some support from those in the opposition.

So, I think they want to have it both ways. On the one hand, in case Maduro wins, they want to call that they had a boycott, and reduce the number of votes he might have gotten. On the other hand, we start to see a shift now, of the opposition leadership towards Falcon, because the potential of a victory is there.

The conditions in the country, as you highlighted in your intro, are deplorable- with inflation- hyperinflation, scarcity of food products, scarcity of medicine, collapsing infrastructure, migration of millions of people out of the country. And again, Maduro claims he’ll resolve those problems. But for many Venezuelans, this is a lackluster election. There’s no enthusiasm, because again, the government has been in power, it has not resolved them, and they don’t have much faith in the opposition, either.

SHARMINI PERIES: All right, Miguel. What do you make of that claim that this election might not be fair and the voting system might be rigged- which is one of the claims that the Americans have made thus far. And then of course, the fact that they will not recognize this- specifically, they, meaning the U.S. here.

MIGUEL TINKER SALAS: Well, the question of the charge of unfairness- every incumbent has a tremendous amount of benefit from being the incumbent, from having access to state radio and television. And there’s no doubt that there were certain candidates that were declared illegal and not allowed to run in the process- therefore, has some problems from the very inception. But again, this is the same kind of conditions that Chávez ran in 1998, and challenged the entire political establishment.

So, again I think that there’s a fundamental problem. They want to invalidate the process before it happens, because they fear they might lose. And I think that there’s more to that aspect of it than rather any real problems with the electoral process itself. They are, in many ways, the best ally the government has, because they continually have two constituents. They have their international constituency abroad, which is, again, the countries you mentioned, and they have a constituency in the country. And they’re divided on that, and they couldn’t come to a consensus on a unified candidate. And that’s the background to much of the process we see today.

SHARMINI PERIES: And speaking of background, we should also remind people that the last time there were elections, and the opposition won the General Assembly, the U.S. had also come out and said at that point that they would not recognize the results of the election- when in fact, the opposition won. So, having said that Miguel, what will be the impact of the U.S. declaring that they will not recognize the election? What impact will it have on the actual voter turnout on Sunday?

MIGUEL TINKER SALAS: I don’t think it will have a dramatic impact. I think any kind of saber rattling by the U.S. will definitely support Maduro, will throw more support for him. I think the PSUV is counting on its well-oiled machine and patronage network to get people to vote. And, much like the Russian election, the real question for the PSUV and Maduro is the turnout- will they get the ten million votes, will they be able to have legitimacy in this election?

And for Henri Falcon, the real question is, will the discontent bring the opposition out in total? Will they eventually turn against the leadership of the opposition and support Falcon, given the deplorable economic conditions? If they do, then Falcon has a chance. And many polls do have him actually winning at this point.

SHARMINI PERIES: Miguel, last week, Roger Noriega, who was Assistant Secretary of State for Western Hemisphere under George W. Bush, published an opinion article in The New York Times, basically supporting the idea of a coup against Maduro. What is your reaction to such a view, and the fact that the New York Times would publish such a letter?

MIGUEL TINKER SALAS: Well I think it speaks to the real democratic values that don’t exist in the U.S. We have a political situation where the U.S. wants to throw its weight around, much the same way it did during the middle of the Cold War, and Mr. Noriega is not a Democrat. Mr. Noriega, what he really represents, is a return to authoritarian rule in Latin America. We’ve heard that from Marco Rubio, the senator from Florida. We’ve heard that from the previous Secretary of State, Tillerson, that the military in Venezuela should act.

SHARMINI PERIES: All right. Now, polls, in terms of the elections about to happen, are all over the place- some predicting that Maduro will win, others predicting that Falcon will win. Give us a sense of who Falcon is, and whether you think he will make a difference in Venezuela.

MIGUEL TINKER SALAS: Well, Falcon, as I mentioned it was an ex-military, was very closely associated with the Chavista movement, was an early supporter, was mayor of the city of Barquisimeto, an important Western industrial city. He then went on to become governor. In this last elections, that took place for governor, he lost the election. He was the first to recognize that he had lost the election, that the opposition had not put forth its best foot.

He has had problems in trying to clearly make an argument. He’s counting on and hoping for the rejection vote against Maduro, that the people that are fed up with the economic conditions will be drawn to the ballot box. He’s these proposed dollarizing the economy as a way of dealing with hyperinflation. Under normal circumstances, that would have raised all kinds of cackles and opposition, but given the fact that the economic conditions are so deplorable, it really has not raised the kind of ire, because for many, de facto, the economy has been dollarized. If you want to buy any kind of products- car parts, medicines, etc., people will look for dollars.

So, in many ways his proposals, and his advisor, Francisco Rodríguez, are proposing a macro economic strategy that involves dollarizing economy, therefore taking the issue of inflation out of the hands of the Venezuelan government. But they still have not addressed- and neither has Maduro- the continued dependence on oil, on the oil economy, and that how that, in many ways, is at the heart of the problem- that Venezuela does not produce what it consumes, that Venezuela’s industrial capacity is declining, and that dependence on oil continues to assure repeating crises over time.

Miguel Tinker Salas is a professor of History and Latin American studies at Pomona College in Claremont, California. He is co-author of Venezuela: Hugo Chavez and the Decline of an Exceptional Democracy and author of Under the Shadow of the Eagles and The Enduring Legacy: Oil, Culture, and Society in Venezuela. His latest book is…