US Military Presence in Syria and Support for Rebels Is Illegal 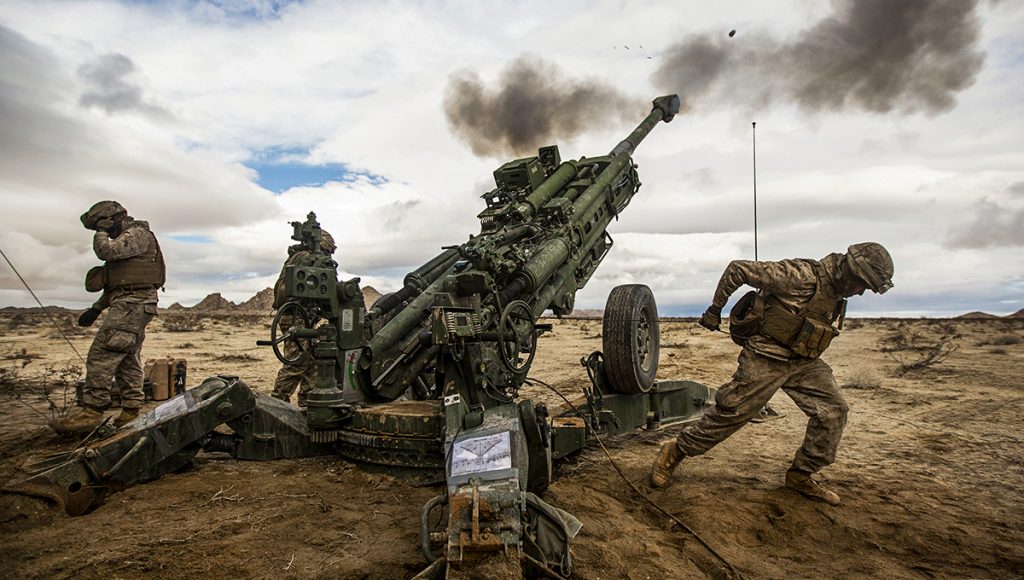 BEN NORTON: It’s the Real News. I’m Ben Norton. This is Part 2 of our discussion with the leading human rights expert Alfred de Zayas. Alfred is the U.N. independent expert on the promotion of a democratic and equitable international order. He is also a lawyer and teaches international law at the Geneva School of Diplomacy. In Part 1 of this interview we discussed the President Donald Trump’s threats against the Syrian government and his claim that he will launch a military strike. Alfred de Zayas said that this would be illegal under international law, considering there is no U.N. authorization and there has been no independent international investigation into the allegations of chemical weapons use in Douma and in Eastern Ghouta in Syria.

Well, in this part we’ll be discussing the war in Syria overall. In Part 1 Alfred had pointed out that the U.S. military presence inside Syria is in fact illegal under international law. So Alfred, can you expand on that? We know that the United States has at least 2000 troops in northern Syria. Are they, are those troops there illegally?

ALFRED DE ZAYAS: Indeed, they are there illegally. There is a principle of international law, the law of neutrality. In a civil war. There is an obligation of non-intervention. Foreign states are supposed to stay out of a civil war. And there are numerous references to this obligation of non-intervention. And take Resolution 2625 of the General Assembly the resolution on friendly relations, or Resolution 3314 of the General Assembly, or for that matter take my Principles of International Order, which I included in my 13th thematic report. This was the last report I presented now to the Human Rights Council in March, so a couple of weeks ago.

Now, among those principles of international order is, indeed, the prohibition of getting involved in a civil war. The only exception for that is that the head of state of the country that is undergoing civil unrest requests assistance. Now, Syria requested assistance from Russia, and Russia complied. So Russia is actually legally in Syria, whereas the United States is not. And what I would like to see is humanitarian assistance. I would like to see the United States, the European Union, other members of the international community being generous to the people of Syria that has already suffered more than enough, and to be generous to them in Syria, to be generous in the reconstruction of Syria. I mean, I had hoped that this war would end through diplomatic means. Now, all attempts to reach a compromise, to reach a consensus between the opposition and the government have failed. So we are facing a military solution, and it seems like Assad is winning.

Now, whatever happens, when there is finally a ceasefire, when the hostilities end,what do we want? We want reconstruction. We want humanitarian aid. That’s where the United States should come in and provide humanitarian assistance. That’s where the Europeans should come in together with non-governmental organizations, with the International Committee of the Red Cross, with the Red Crescent, of course, with Caritas, and all the other organizations that can actually help on the ground.

But we are in a logic of punishment. What I hear in the media what I read in The New York Times and The Washington Post are this ‘animal Assad,’ and you have to punish, punish, punish. Well, I have no sympathy for Mr. Assad, and I have no sympathy for Saddam Hussein, either, but they are not the only rogues in the world. I mean, the crimes committed by Saudi Arabia today in Yemen, and that continues, has not been met-.

BEN NORTON: With the support of the United States and the United Kingdom.

ALFRED DE ZAYAS: And Great Britain. Why? And Emannuel Macron. Because they’re billions of dollars involved. Because the military-industrial complex is producing arms that are sold for big money to Saudi Arabia. And the idea is you sell arms in the hope that there will be some war in which they will be used, so that you can sell more arms and make more profit. Indeed, there are few things that are as profitable as war, in two ways. During the war the military-industrial complex earns profits on whatever airplanes and tanks and ammunition are sold. And after the war, of course, organizations like Halliburton make money in reconstruction. So a lot of contracts to be won. And so it’s all very good for the rich states that can play their proxy wars at the expense of the poor people of Yemen and the poor people of Gaza and the poor people of of Syria, or for that matter, Libya.

BEN NORTON: And on that note I really quickly want to get back to the U.S. role militarily in Syria. So you said that the U.S. military presence is illegal under international law. Yeah. Well, I’m curious, the opposition would claim that, this is what they would say, the Assad government has lost international legitimacy by waging war on the population in this civil war by carrying out war crimes, and they would argue that, that the opposition legally should be allowed to request international assistance not just from the United States, but Turkey, for instance. What does international law say about the fact that there is an armed insurgency that has received billions of dollars of not just dollars, but also weapons and military training from foreign agents and from foreign governments, including not only the U.S. and UK, but also Saudi Arabia, Qatar, and Turkey. What would international law say about this, nd do the opposition have legitimacy in that argument?

ALFRED DE ZAYAS: In numerous cases have had the opportunity to pronounce itself on the principle of non-intervention, particularly in the judgments of 1985 in the Nicaragua against the United States case. You will remember that the United States was financing and arming the Contras, and that was found to be a major violation of international law, and the United States was condemned to pay reparations to the people of Nicaragua, which of course it never did. And the same principle applies to Syria. That is, no country is acting legally according to international law today if it is financing insurgents in another country. That is specifically prohibited in Resolution 2625 of the General Assembly, and certainly this would qualify in the rubric crime of aggression under the Statute of Rome. Now, in the meeting of state parties that Kampala in 2010 a new definition of the crime of aggression was adopted, and this would fall within that definition.

Now, as far as war crimes and crimes against humanity, they have been committed, certainly, by both sides. Certainly the insurgents have committed horrendous crimes, and not only, not only ISIS. Everybody knows that ISIS has committed crimes against humanity. But also the al-Qaeda linked and al-Nusra, and the other rebel groups have also committed major crimes. Now, I think, and I go along with many-.

BEN NORTON: If I could jump in for a second, Jaysh al-Islam, which is an extremist Salafi jihadist group that controls Eastern Ghouta, including Douma, the area of the alleged chemical attack. Not only has Jaysh al-Islam put civilian Alawite women in cages, in fact, Amnesty International two years ago reported that Jaysh al-Islam likely used chemical weapons itself in an attack inside Eastern Ghouta. So clearly, as you mentioned, there is a precedent for many of these extremist groups carrying out war crimes of their own.

And what bothers me is this warmongering, this saber rattling, in violation of Article 20 of the International Covenant on Civil and Political Rights, and the United States is a state party to the International Covenant on Civil and Political Rights. It’s very clear that propaganda for war is a violation of international law, and everybody is engaging in this game. The New York Times, The Washington Post, Fox News, everybody is beating the war drum instead of acting in keeping with the letter and the spirit of the United Nations Charter, and asking for mediation, asking for negotiation, asking for compromise.

And it is a great tragedy for the people of Syria that all the negotiations hitherto have failed, and that it seems like it has to be a military solution of the dispute. I thought that we were more mature than that as to be intransigent, as actually both sides have been.

BEN NORTON: Well, thank you so much for providing your insight, Alfred. It was a very interesting discussion. And as I said in the first part, frequently in the U.S. media we hear U.S. officials, government officials, pundits, and others who talk about the legality only in the framework of national law. But it’s always interesting to hear the perspective of international legal experts who are frequently ignored. So thanks for joining us here on the Real News.