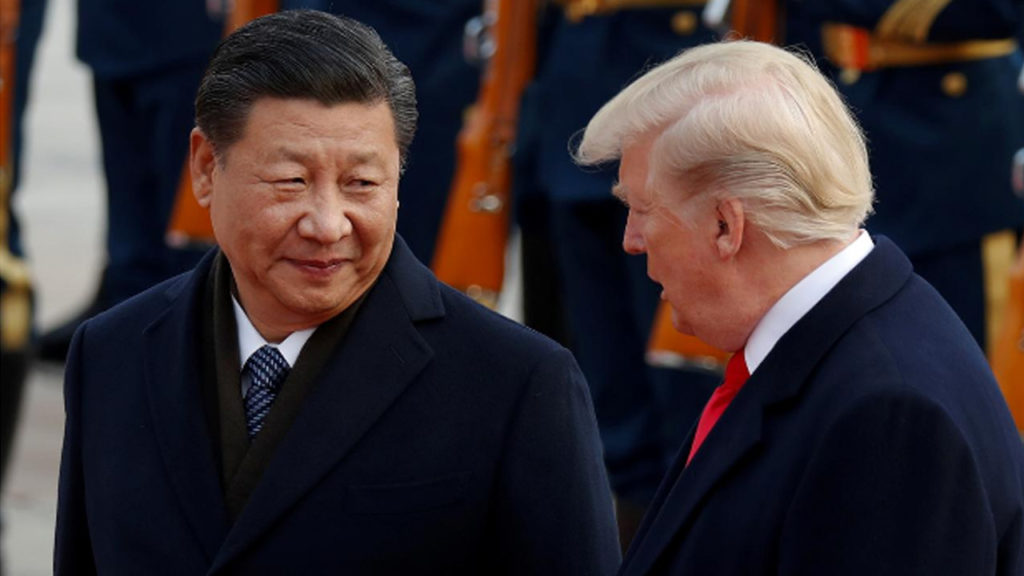 The Chinese telecommunications giant Huawei filed a lawsuit against the US government on Tuesday, challenging the Trump administration’s ban on its products as being unconstitutional. The Huawei ban prohibits the company from doing business in the United States and Google has already said it will no longer provide Huawei with its software. The official argument for the ban is that Huawei products represent a security threat to the United States, citing the close ties Huawei has with the communist Chinese government, as if the US company has no role in working with its own government here in the United States. Here’s what Secretary of State Mike Pompeo had to say about the ban.

MIKE POMPEO The decision that was made to list Huawei had an enormous National Security component to it. The company is deeply tied not only to China but to the Chinese Communist Party. And that connectivity, the existence of those connections, puts American information that crosses the networks at risk.

SHARMINI PERIES Joining me now to discuss the broader implications of the Huawei ban and Trump’s trade policies is Mark Weisbrot. Mark is Co-Director of the Center for Economic and Policy Research in Washington, DC and the author of the book Failed: What Experts Got Wrong about the Global Economy. Thanks for joining us, Mark.

MARK WEISBROT Thanks for inviting me, Sharmini.

SHARMINI PERIES Mark, for now it looks like not only is Huawei suffering from this ban, but the US ban also affects US companies that can no longer supply Huawei with, say, chips and software. What do you see as being the long-term consequences of this ban for US companies and US technology?

MARK WEISBROT Well, it has a lot of interesting implications and I think part of it, of course, is that these supply chains are integrated so it does hurt both economies, but I think politically what’s going on is that the Trump administration— and they’re not the only ones who have done this— are trying to blame everything on China. You know, for example, everything that has gone wrong in the United States over the last 20-30 years, they’re trying to blame it on other countries. And they’re not trying to, say, negotiate any legitimate problems. So, for example, the US has a trade deficit with China, which we do a chronic trade deficit with the rest of the world. You can negotiate these things, but what do they do when they go in and negotiate with China?

They negotiate for the pharmaceutical companies to have longer and stronger patent protection and higher prices, they negotiate for access to the Chinese financial system, and even worse, they negotiate so that China cannot require technology transfer or other what are called performance requirements of foreign investors in China, so they’re actually negotiating to make it easier for US corporations and more profitable for them provide incentives for them to outsource more jobs to China. That’s why you can’t really resolve these problems through negotiation because we don’t have an administration, and we haven’t had one before either, that’s actually willing to negotiate for anything that would benefit, say, workers in the United States. They’re negotiating for the corporations.

And then, now what they’re doing with Huawei is they’re trying to force China to abandon its industrial policy and that, they’re never going to be able to do, of course, because China’s income per person has multiplied seventeen times, more than seventeen times since 1980. It’s the fastest growing economy in world history and they’ve pulled hundreds of millions of people out of poverty and that’s because they had industrial policy that took them into higher, value-added areas of production and it allowed them to still use planning even as they shifted to a more market-oriented economy.

Obviously, the United States— The obvious alternative would be for the United States to also have its own industrial policy and that’s part of what the Green New Deal is about, but who’s got a Green New Deal? China is leading the world in solar and wind and energy and way ahead of us in electric cars, and why is that? Because they have enough planning, enough control over investment, and enough of an industrial policy still to be able do it. So, it’s kind of a perverse policy. It’s saying we don’t have the brains or the functionality of a political system to have our own industrial policy, so we’re going to try and force China to abandon theirs, and we’re going to try and force the European countries to go along with that, and that’s probably the weakest link.

SHARMINI PERIES All right. We’ll get to how this affects European countries in a minute. Many people, Mark, think when China is developing its Green New Deal and working on innovation and technology, many people think that is for global competition. It might be, but China is also thinking ahead in terms of their own energy needs and that currently it’s dependent on importing a lot of oil and coal as well, so this new innovation also applies to the needs they have in terms of their national economy.

MARK WEISBROT That’s right and we, kind of, have this pressure to go in the opposite direction because we have, you know, now a much bigger oil industry than before with much more exports. And so, you have the fossil fuel lobby which really has enormous influence in the current government, so they don’t have any interest in moving away in the transition away from carbon.

SHARMINI PERIES And so, what is Trump going to do now in terms of the agricultural industry? Trump is essentially bailing out Big Pharma and small pharma, I guess, as well with a $28 billion bailout, spending to cover their losses in this trade war. Will they do a similar thing when it comes to technology?

MARK WEISBROT I don’t think so. I mean, it’s really mostly theater. Of course, it gets to be more than that. It is disruptive to the economy and it creates a lot of uncertainty about the future, but there isn’t any—You can’t look at Trump as having, or even his advisors as having, a coherent strategy. Well, first of all, the advisers don’t agree and, you know, the big financial interests and the pharmaceutical interests have a very powerful role here and that’s why their needs get met first, even if you have other people in the administration like Lighthizer who actually would maybe want to do something about trade issues. So, I think most of this trade war is about posturing and it’s about pretending, but it’s also, you see when they try and actually do something, it’s this kind of perverse thing.

Besides what they’re doing for the pharmaceuticals, and the financial industry, and the corporations in general, they’re also trying to stop China’s industrial policy. Here’s where Europe already is not going along with it, you know, Germany and the UK. These are close allies to the United States, and they don’t want this. And of course, the security stuff is not very believable at all, you know, what Pompeo is saying. It’s interesting how The Cold War never ends, so they go after Russia because they’re still using The Cold War of Communism there, and it’s kind of like those stories from the McCarthy era where they’re questioning this guy about being a communist. He says, I’m an anti-communist, and they say, well I don’t care what kind of communist you are. And so, you know, Russia’s communist or they’re an enemy state from The Cold War, and then The Cold War is used again now against China even though it’s been one of the largest destinations in the world for US investment for decades. And yet, somehow, we’re supposed to be afraid for security reasons because they have a communist party and a communist government, but The New York Times is already quoting intelligence sources saying that well, Huawei is not really a security threat because you have encryption, and if it’s not encrypted, it’s not safe anyway.

And now, I think that’s the way the Europeans are looking at it, so it’s really not about security and it’s really about a, kind of, substitute for our industrial policy which is destroying another country’s industrial policy. The Europeans are not interested in it because, you know, they’re integrating more with China. And so, this is where it’s going to play out in the future. I think China’s one of the fastest growing economies in the world. Still, it’s bigger than the United States. It’s going to be twice the size of the United States within a decade or so by the standard measure that economists use for international comparison. And so, Europe is going to increasingly integrate with China, especially if the US just has nothing but, you know, bullying and punishment to offer them.

SHARMINI PERIES All right and then finally, Mark, why are Trump and Pompeo using the threat and bans to deal with China instead of old-fashioned, good capitalist competition and putting their companies against US companies here?

MARK WEISBROT Well, they don’t have the wherewithal to do that at this point. I mean, this is why China is leading in wind and solar energy and high-speed—They have high-speed rail that we don’t have. You know, I was at The American History Museum recently, and they had a locomotive from the 1930s train that went from New York to Washington, DC and its top speed is about the same as the Amtrak that I take. And so, all of this is kind of pathetic for the richest country in the world, but that’s the kind of dysfunctional political system we have. That’s not to say, you know, we should have the Chinese political system, but their political system for good and bad is still capable of fostering an industrial policy that allows them to have the kind of investment that they need in order to transition into the 21st century in terms of both energy and productivity growth, and this country as has not gotten to that yet.

SHARMINI PERIES All right. I was speaking with Mark Weisbrot there, Co-Director of the Center for Economic Policy and Research in Washington, DC. Mark, thanks for joining us today.

Denying Impact of Venezuela Sanctions is ‘Like Climate Denial’