Iran's president Hassan Rouhani presented an ultimatum of two months to the EU to save the Iran nuclear deal. However, the deal is likely to continue to deteriorate, says The Independent's Patrick Cockburn

Iran's president Hassan Rouhani presented an ultimatum of two months to the EU to save the Iran nuclear deal. However, the deal is likely to continue to deteriorate, says The Independent's Patrick Cockburn 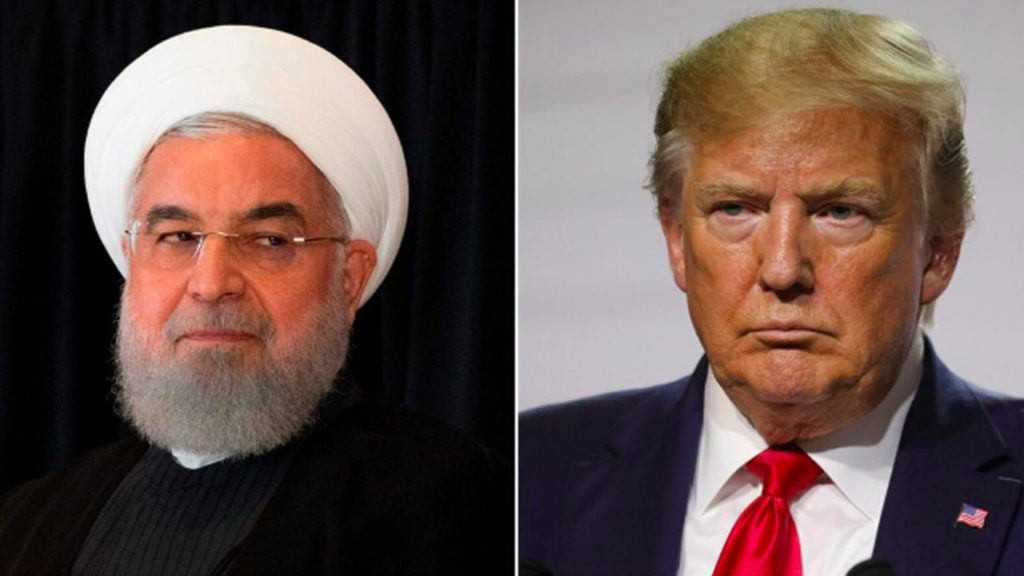 Iran’s President, Hassan Rouhani, stated on Wednesday that the 2015 Joint Comprehensive Plan of Action, or JCPOA, also more commonly known as the Iran Nuclear Agreement, can still be temporarily saved if the United States allows Iran to take advantage of a $15 billion credit line from the European Union, as was proposed by France’s President, Emmanuel Macron. In the meantime, Rouhani also said that Iran will engage in a third violation of the JCPOA, which involves restarting nuclear research and development and the production of centrifuges for increased uranium enrichment.

GREG WILPERT: In the last few weeks, Iran has tried to reach out to the US through diplomatic channels. Iran’s Foreign Minister, Mohammad Javad Zarif, even came to the G7 Summit in France last month to try to meet with Trump. He later said, however, that Iran would not negotiate with the US unless sanctions are lifted first. In a related development, Israel’s Prime Minister, Benjamin Netanyahu, made a surprise visit to London on Thursday to meet with Britain’s Prime Minister, Boris Johnson. According to news reports of the visit, Netanyahu’s purpose was to convince Johnson to reject France’s proposal for a $15 billion credit line to Iran.

Joining me now to discuss the latest developments with the Iran Nuclear Deal is Patrick Cockburn. He is an award-winning journalist and longtime correspondent for the British newspaper, The Independent. His most recent book is The Age of Jihad. Thanks for joining us again, Patrick.

GREG WILPERT: What do you make of these recent developments, the announcement that Iran will engage in this third step of violating the JCPOA, and the possibility of a $15 billion credit line to ease the US sanctions against Iran? Is there any chance that the Europeans— mainly France, Germany and the UK— could still save the JCPOA nuclear agreement?

PATRICK COCKBURN: I’m a bit doubtful about it. They have done a certain amount, this offer of a $15 billion credit line, to make up for the loss of Iranian oil revenue It was a French idea originally, but they are asking Iran to step right back into the old nuclear deal, but the Iranians are not likely to do that while they’re subject to US sanctions. US sanctions and the sanctioning of European companies or banks that deal with Iran, basically means that Iran is facing an economic siege.

So these are maneuvers. The Iranians want to show they’re being kind of moderate. They want to preserve this deal as they do. At the same time, they don’t want to look as though they’re pushovers, that sanctions are squeezing them to death, and they’ve got no alternative but to give up. This would be to surrender to what Trump calls the policy of maximum pressure. I think we’re a long way from any real agreement on this. It’s still escalating.

GREG WILPERT: Iran also just recently announced that it is releasing seven of the 23 crew members it is holding of a Swedish-owned, but British-registered tanker that Iran had seized last July. Iran’s Revolutionary Guard seized that tanker in retaliation for the British seizing an Iranian tanker near Gibraltar in early July, but the Iranian tanker has now been released. Now, how do you see the situation of these tankers evolving? Could such seizures of oil tankers eventually lead to an escalation and to even war?

PATRICK COCKBURN: Yes, they could. This is sort of a game of chicken. As you said, it started off on the 4th of July when the British rather melodramatically dropped 30 Royal Marine commandos on the deck of this vessel saying, “It was heading for Syria. This had nothing to do with sanctions on Iran, but was a breach of sanctions on Syria imposed by the EU.” This never sounded right because it’s a peculiar moment for Britain to suddenly put such energy into enforcing EU sanctions, when we all know that Britain is trying to leave the EU at the moment. There’s a great political crisis here in Britain about this. This looked as though it was on the initiative of Washington. Then, as was inevitable, the Iranians retaliated against British-flagged vessels in the Gulf. There was an escalation that seems to have died down at the moment.

As I see it, the Iranian policy is to maintain pressure by sort of pinprick attacks. There were some small mines placed on oil tankers of the United Arab Emirates. Then when we had the shooting down of the American drone, a whole series of events to show that they’re not frightened, that they can retaliate, but not bring it up to the level of war. That’s sort of the way the Iranians often react to this sort of thing, with some covert military measures and to create an atmosphere of crisis, but not bring a war about.

Of course, once you start doing this, it could slip over the edge of the cliff at any moment. The Iranians did a sort of mirror image of the British takeover of their tanker when they took over the British tanker crew, which are just being released, as you mentioned. They dropped 30 commandos on the deck. There was a British Naval vessel not so far away, not far enough to stop this, but let’s say that Naval vessel had been closer. Would they have opened fire on a helicopter dropping these 30 Iranian commandos on the boat? That would have brought us – would have been a war, and could have very rapidly escalated. We’re always on, as I said, the edge of the cliff in the Gulf with each side sort of daring the other to go further.

GREG WILPERT: Iran says that the Europeans have two months to save the nuclear agreement, but Iran’s economy and its people are suffering tremendously under the US economic sanctions. The Europeans don’t seem to be able or willing to do all that much to avoid these sanctions, or to help Iran overcome them it seems, despite a barter agreement that they tried to initiate. What happens if the JCPOA completely falls apart? That is, if this two-month deadline that Rouhani had said is missed, basically?

PATRICK COCKBURN: Well, it’s falling apart by inches, but there’s still quite a long way to go on that. I think the one thing that has emerged is that the US, Trump and Iran, don’t want war. At one time, the US was calling on – some of its senior officials were calling for a regime change. How far do they really believe this? When Trump decided not to retaliate for the drone being shot down, that shows that he wants to rely on sanctions on this sort of very intense economic siege of Iran, but I don’t think the Iranians are going to come running. Once they know there isn’t going to be an all-out war, they’ll try to sustain these sanctions, and the situation isn’t quite as desperate as it looks. Obviously, they’re suffering a lot. On the other hand, they’re not isolated. China and Russia give them a measure of support.

The EU, rather pathetically, says it’s trying to maintain the nuclear deal of 2015, but it’s rather underlining the political and military weakness of the EU that they haven’t been able to do much about it. Big companies are too frightened of US sanctions against them if they have any relations with Iran. So the Europeans aren’t coming well out of it. Obviously, their relations with Trump are pretty frosty. They also probably don’t think it’s worth a really big crisis between the EU, the European states, and America on this issue, but they are looking pretty feeble at the moment.

GREG WILPERT: We’re going to leave it there for now, but as always, we’re going to continue to follow this situation. I was talking to Patrick Cockburn, long time Middle East correspondent with The Independent. Thanks again, Patrick, for having joined us today.

PATRICK COCKBURN: Thank you very much.