Christian Weller discusses his PERI study showing that people who care for children or elderly parents are less likely to have decent savings for retirement. The risk is higher for women, and especially for single women

Christian Weller discusses his PERI study showing that people who care for children or elderly parents are less likely to have decent savings for retirement. The risk is higher for women, and especially for single women 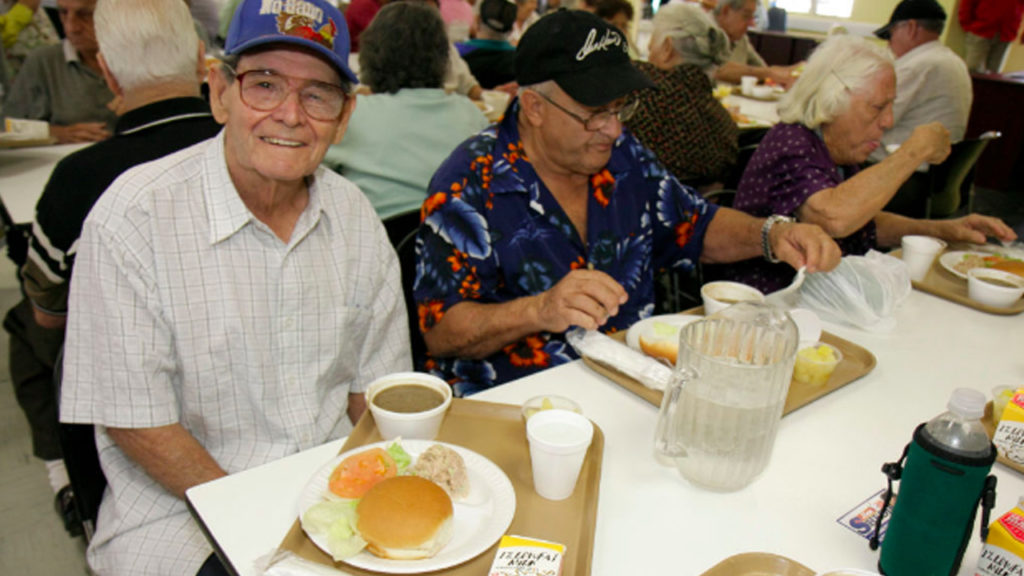 In most societies, there is a large-scale phenomenon of unpaid caregiving. People who care for children and elderly members of their family as well as those who care for friends in need, are not just doing hard work which is not remunerated with a salary, but they are also vulnerable to risk of poverty when they reach retirement age. A new report by the Political Economy Research Institute (PERI) found that unpaid caregivers in the US are more likely to have less retirement savings. The report is based on federal statistical data from 1989 to 2016 and is titled “Unpaid Family Caregiving and Retirement Savings.” The reason for the lack of retirement savings among caregivers is twofold. First, caregivers tend to have a smaller income, and thus have less money to save for retirement. And second, caregivers also tend to experience more employment volatility in the workplace so that income tends to fluctuate more, making it difficult to set aside a fixed amount of money for retirement every month.

We are now joined by one of the two authors of the study, Christian Weller, who discusses this report. He’s a Senior Fellow at the Center for American Progress and teaches Public Policy at the McCormack Graduate School of Policy and Global Studies at the University of Massachusetts-Boston. Thanks for joining us today, Christian.

CHRISTIAN WELLER Well, thank you very much for having me, Greg.

GREG WILPERT So give us the study’s results in a nutshell. What is the average impact of being a caregiver on one’s standard of living during retirement?

CHRISTIAN WELLER Well, it lowers the standard of living in retirement savings especially for single women by about ten percent, so it is a substantial impact on their retirement standard. What that means is, women already have a lot less money saved for retirement typically because they have lower earnings because they often drop out of the labor force for a number of reasons compared to men. And caregiving responsibilities for children, for aging spouses, ailing spouses, and for their parents worsens that situation over a lifetime by an estimated ten to eleven percent. Well, I don’t want to be overstating the precision here, so let’s round it to 10 percent. So you’re starting from a bad situation, and you’re making it worse. The factors by which this happens is, as you mentioned, women tend to earn less when they’re caregivers. This is particularly true for single women.

Married women tend to lower their hours, go from full-time to part-time when they’re caregivers, or drop out of the labor force entirely. And women in particular experience income volatility, adverse effects from their employers. They often don’t tell their employer because they’re afraid of being essentially fired if they disclose that they’re caring for—You can’t really hide that you’re caring for children, but you can hide that you’re caring for a disabled spouse or a sick spouse or ailing parents. And we do know from surveys that most caregivers do hide that from their employers and then, sort of, try to squeeze everything out of their current workload. That means, because they’re having dual responsibilities— caregiving and work responsibilities— that in the end, their performance suffers somewhat, and then they get disciplined. They get put sometimes in what’s called the mommy track. You could think about it in adult care as the daughter track that then ultimately means great instability.

They may lose their jobs. They may decide that that employer just no longer works for their situation and moves somewhere else. And what that means in terms of retirement savings is, it makes it much harder to plan for the future, as you said. But it also makes it under typical retirement plans, much harder to qualify. You have to work for a number of years for an employer before you become eligible to even join a retirement plan, or get an employer matched to a retirement plan. And I think all of these factors— lower earnings, fewer hours, and greater instability— all work towards building lower retirement savings. And the factor—In this study, we looked at one particular data set and compared, sort of, child care and adult care situations. We just completed another study where we looked at adult care— meaning, caring for parents and ailing spouses— and we find substantial effects there. Especially the longer somebody cares for a spouse or ailing parents, the worse the outcome is in terms of the retirement savings. Potentially, losing somewhere between 20% and 60% of their retirement savings.

GREG WILPERT Now, the issue of unpaid caregiving is perhaps one of the biggest problems in contemporary economic research because it creates a distortion in national accounting. For example, a country in which parents hire babysitters to take care of children would have a higher GDP than one in which caregiving is provided by parents or relatives for free, without anyone really necessarily being better off. Now, another recent study published in June in the Journal of Health Affairs shows that the current economic cost of unpaid care, family care, is about $67 billion and will double in the United States to $147 billion by 2050. Now, should we be including unpaid caregiving in our national accounting in some way, and what effect would that have if we were to include it?

CHRISTIAN WELLER Well, we should definitely include it. It is an activity. We’ve known this for quite some time that there is a lot of economic activity that we don’t necessarily, both on the positive and the negative side, account for. On the positive side is caregiving and care work that is unpaid, and thereby does not incur national income accounts. On the negative side, it’s environmental degradation and resource depletion that we do not account for. There are ways to account for that, but by leaving out care work we basically in the national accounts statistics, from a policy and societal perspective, we undervalue that work. And that means we’re putting too many resources for its economic growth in areas that we may not necessarily need. We don’t need necessarily another iPhone, or I don’t necessarily want to tell Apple how to do its business, but those kinds of—Like, we value creating another iPhone more than helping an ailing parent because we’re not accounting for that. That’s at the national level.

At the micro level, because that work, that unpaid care work is disproportionately done by women, we undervalue women’s work. We’re basically telling women: what you’re doing is not valuable, it’s not worth it. And we don’t necessarily then design policy to support women. Think about it the other way around. If we actually counted this as national income, then we would have a real conversation over does it make sense for family caregivers to do this free, unpaid work? Or, should we design, sort of, long-term care insurance, paid family leave insurance, and other mechanisms to help them handle the dual challenges of working and caring for somebody else? By simply ignoring that this is societally valuable work, socially valuable work, but also economically valuable work, in our statistics we disproportionately disadvantage women and we set the wrong priorities in terms of our policies.

GREG WILPERT Now, aside from including these statistics in the national accounting, your study doesn’t really get into the issue of policy alternatives, but I want to ask you about that. Based on this research, what kinds of policies would help lower the risk for caregivers that their retirement savings and incomes after retirement would be so low?

CHRISTIAN WELLER Well, there’s two things, two venues you can think of. One would be really, sort of, backing up the risks associated with caregiving. And specifically what that means is social insurance in the forms of paid family leave insurance— some states have that— and ultimately, especially around adult care and care for disabled family members and friends to long-term care insurance. There is a conversation now starting at the state level. We’ve had a conversation around paid family leave insurance for a while. And there are a number of programs like that in California, for instance. There are states now moving into the long-term care insurance space. Specifically, Washington State just announced legislation around this. So I think that’s, sort of, I think the backstop from a public policy perspective.

The other way of doing it is, and I think it is in the self-interest of employers, to better handle that. That means you do need to have not only child care support measures, basically give paid time off when people have child care needs, but also give elder care support. Elder care is becoming a growing phenomenon. Yes, we live longer, but we still have a lot of health issues around age 60-70. In a society where we don’t have a good long-term care insurance system, a lot of these care responsibilities are being taken care of by family members— daughters and sons, as well as some siblings. And we do need to address that from an employer perspective because it becomes disruptive to caregivers’ working lives, and that has productivity effects for employers. And I think there is a growing recognition among employers that something needs to happen. Although very few actually offer elder care support as a benefit to their employees.

GREG WILPERT Okay. Well, we’re going to leave it there for now. I was speaking to Christian Weller, Senior Fellow at the Center for American Progress. Thanks again, Christian, for having joined us today.

CHRISTIAN WELLER Well, thank you very much for having me.

Germany’s Exit from Coal by 2038 Is a Major Transition

Apple, Market Manipulation and the Cult of Personal Finance – RAI with Rana Foroohar (2/6)

Toxic Profit: Meet the Top Super Polluters in the US

Neoliberalism and the Rise of the Net Social Wage

Public or Private Ownership of Banks: Which is More Efficient?