Secretary General Antionio Guterres presented the report on child casualties in war to the Security Council on Friday. Afghanistan, Syria and Yemen are the areas with the highest numbers of child casualties, followed by Palestine. Nearly all the children killed were Muslim

Secretary General Antionio Guterres presented the report on child casualties in war to the Security Council on Friday. Afghanistan, Syria and Yemen are the areas with the highest numbers of child casualties, followed by Palestine. Nearly all the children killed were Muslim 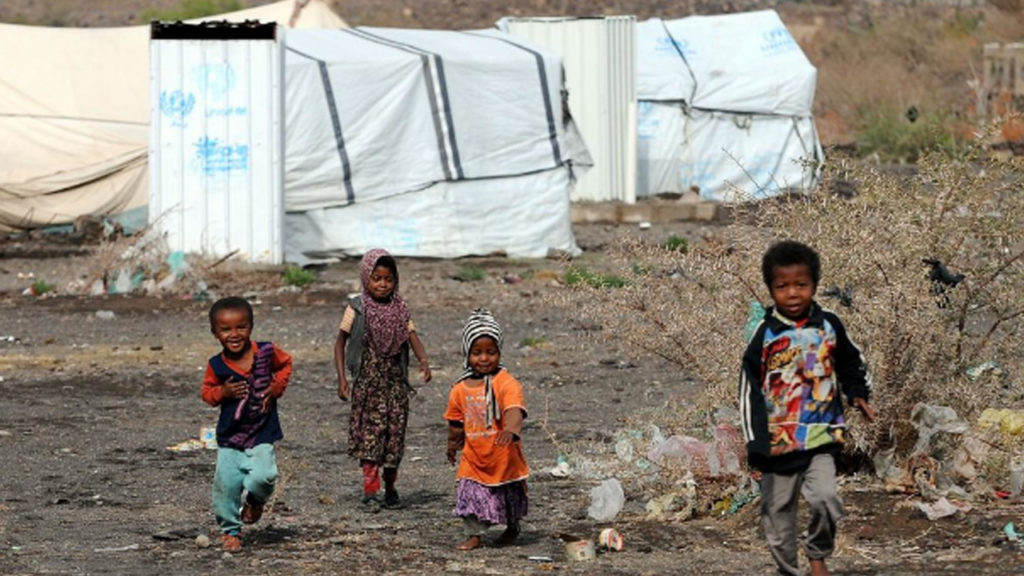 TAYA GRAHAM: On Friday, the United Nations presented its report on child casualties of conflict to the UN Security Council. Secretary General Antonio Guterres listed the countries in which children were a high percentage amongst civilian casualties of conflict and in which insufficient measures were put in place to protect children.

ANTONIO GUTTERE: We simply cannot accept the exploitation and exclusion of children, yet poverty and war are stealing the future of so many children across the world. We must do more to respond to their plight. We must deliver the progress that is their right.

TAYA GRAHAM: At the top of the list is Afghanistan, under US military occupation, in which child casualties were 28% of all civilian casualties, and in 2018 the death toll stood at 3,062 killed. The UN did not list the United States nor the Taliban on the blacklist of actors who failed to protect children in the conflict. The UN mission to Afghanistan has just revealed that in 2019, 62% of civilian casualties were killed by NATO and allied forces, and only 38% by the Taliban.

UNAMA (2016): Almost one out of every three casualties from this conflict is a child. So far, in 2016 children were killed and injured primarily from ground fighting and then explosive remnants of war. UNAMA documented 5,166 civilian casualties or 1,601 civilian deaths and 3,565 injured, representing a 4% increase in overall civilian casualties compared to the same period in 2015.

TAYA GRAHAM: Second on the list was Syria with 1,854 child casualties where again, neither the government nor the rebels were put on the black list.

AL JAZEERA ENGLISH: The high number of people killed and injured here, particularly children, reflects the scale of the humanitarian situation. War monitors say there have been at least 800 civilian deaths, 200 of them children, since the Russian backed Syrian government defensive began in April. In the past month, at least 33 children were killed according to Save the Children. That’s more than in the whole of 2018.

TAYA GRAHAM: In third place was Yemen. The report identified 398 children who were killed and injured by the Houthi rebels and 58 were killed by the Yemeni government forces. In total, 6,872 civilians were killed in Yemen in 2018. The UN did single out the Saudi coalition for failing to protect children’s lives in Yemen as it did in 2016, but not in 2017.

VICE NEWS: The fighting has already killed tens of thousands of people and according to the UN, at least 1,300 children.

TAYA GRAHAM: In fourth place was Israel-Palestine where 59 Palestinian children were killed, 56 of them by Israeli forces and another 2,756 injured, compared to only six Israeli children wounded. The report mentioned that the vast majority of the children hit by Israeli weapons were targeted during demonstrations, clashes, and search and arrest operations.

EURONEWS (ENGLISH): Two boys age 12 and 14 were amongst seven Palestinians shot and killed by Israeli soldiers on Friday. The victims had gathered at the border of the Gaza Strip with thousands of others for weekly protests that have been going on for the last six months.

TAYA GRAHAM: This is the largest number of Palestinian children killed in a year since the Israeli invasion of Gaza in 2014. Israel was also not blacklisted. What does it mean that nearly 3,000 Palestinian children were injured? On the same day that Gutierrez gave his report to the Security Council, Israeli journalist Gideon Levy told the story of Mahmoud Sala. Mahmoud Sala, 14 years old, was shot by soldiers and lost his leg. His parents were not allowed to visit him for 25 days in the hospital, except for his mother who was allotted 30 minutes with him per day. He was finally released on bail. The full UN report to the Security Council was not made public. None of the reports which were published by the UN mentioned the fact that although perpetrators who killed children in these four countries are of many religious groups, the vast majority of child victims of war in all four countries mentioned, are Muslims.