The island nations of the Caribbean Community, or Caricom, have become increasingly divided as the Trump administration is working to win the back and oppose the Maduro government in Venezuela. Jeb Sprague discusses the development and what it means for the region

The island nations of the Caribbean Community, or Caricom, have become increasingly divided as the Trump administration is working to win the back and oppose the Maduro government in Venezuela. Jeb Sprague discusses the development and what it means for the region 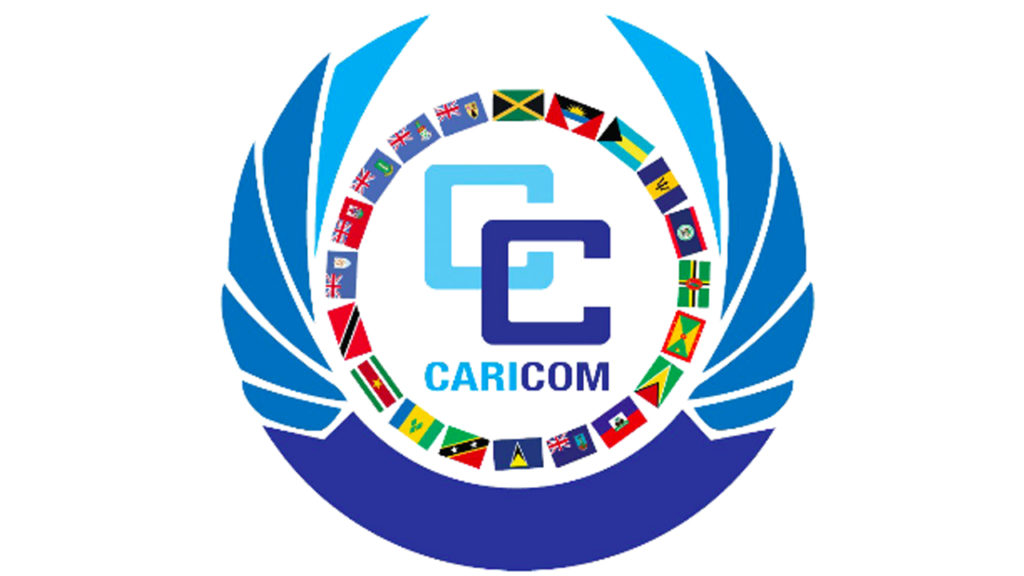 Last week the Organization of American States (OAS) narrowly voted to accept a representative of Venezuela’s parallel government to the organization’s permanent council. The vote put on display the extent to which the Caribbean island nations have become divided over their stance towards Venezuela. Previously, countries belonging to the Caribbean community–or CARICOM–took a mostly unified position in supporting Venezuela. In last week’s vote, though, four CARICOM countries–the Bahamas, Haiti, Jamaica, and St. Lucia–voted in favor of the anti-Venezuela resolution, and four–Barbados, St. Kitts and Nevis, Guyana, and Trinidad and Tobago–abstained.

Joining me now to analyze what is going on with CARICOM and the U.S. efforts to distance these countries from Venezuela is Jeb Sprague. Jeb is a lecturer at the University of Virginia in the Department of Sociology, and is author of the soon to be released book Globalizing the Caribbean. Thanks for joining us today, Jeb.

GREG WILPERT So I didn’t mention the other five countries which actually voted for the OAS with Venezuela. That was Antigua and Barbuda, Dominica, St. Vincent and the Grenadines, Suriname, and Grenada, at the OAS meeting. Now, I just want to play a clip here of what the OAS ambassador from Antigua and Barbuda had to say about the resolution and in opposition of recognizing the parallel government’s representative of Venezuela. Here’s what he had to say.

OK, so let’s start with some background. After Chavez became president in 1999, CARICOM became quite close to Venezuela. Why is that? What has been going on, basically, in respect to the relationship between Venezuela and the CARICOM countries since Chavez’s election?

JEB SPRAGUE Well, first of all I think it’s important to think about the history of CARICOM. CARICOM was founded in the in the early 1970s as very much of a grouping of Caribbean states oriented towards doing business and economic ties in the region. But also they’ve always had this idea of keeping the Caribbean as a zone of peace, of abiding by UN laws. But also the influence of the U.S., of the great powers in the region, are of course very strong. Going back into the earlier attempts to create a more a stronger federation where countries would be pooling resources, attempts to make strong labor unions across the region were defeated in earlier decades.

So CARICOM, going into the 1980s, you had the CBI, the Caribbean Basin Initiative, that Ronald Reagan created. Really the biggest factor was as a counterinsurgency security apparatus to really lock down the Caribbean in that late stage of the Cold War. Now what we’re seeing under Trump with this economic war, this–really this U.S. state terrorism that’s being launched so intensively against the people of Venezuela, Trump and his allies around him, they want to isolate Venezuela in every possible way. So part of this is in the Caribbean. And that’s–you know, Venezuela’s coast is on the Caribbean. All its supply lines, its trade, its exports are going through the region.

And so what we see now in the Caribbean really is a splintering of of where these different states, who they’re siding with. Petrocaribe was very important for a lot of states across the Caribbean region. Countries like Haiti, upwards of 90 percent of its funding for social investment in recent years came from Petrocaribe. Jamaica, the funding–this money that they were able to get through Venezuela helped them to soften their their debt repayments to the IMF. You look at plenty of other countries in the in the eastern Caribbean, these smaller microstates, they really benefited a lot, building schools, auditoriums, funding healthcare. Small entrepreneurs. The Venezuelan funding was a major resource for these countries. But in recent years it started to dry up. And so Trump is now really trying to put his foot down on this situation in the Caribbean.

GREG WILPERT So before we get into the issue of the Trump administration and its efforts, I just wanted to briefly get you to talk about what was Petrocaribe, for those who don’t know.

JEB SPRAGUE So Petrocaribe rebate was a Venezuelan program in which they provided this oil to different countries across the region in Central America and the Caribbean, where as long as oil stayed over $50 a barrel these countries could earn–the profits that they could make off of selling oil they could keep and pay back at a much later date. So they only had to pay a small amount of the total to the Venezuelan state. So it was a way of them building up their savings, and this money then would be used for social investment programs, for plugging holes in their budgets. A lot of other beneficial things for these governments in the region.

JEB SPRAGUE So across the region over recent decades there’s really this this push for these countries to become more globally competitive. They’re operating in this ocean of global capitalism where they’re trying to attract transnational investors from around the world. So Trump is really playing that to his advantage. And there’s different situations. Different particularities, histories, local context in all of these countries. So in Jamaica, in the Dominican Republic, there were oil refineries that had been partially financed by Venezuela. So Petrojam in Jamaica, and another oil refinery in the Dominican Republic. [Refidomsa], I believe, is the name, which were both 49 percent owned by Venezuela.

And so what Trump now has done with those two countries is say, hey, well, you–let’s hand over that 49 percent to the self-proclaimed president Juan Guaido in Venezuela. And then you can keep this debt and a lot of that money now that you won’t be paying back the, you know, the constitutional government in Venezuela. And so it’s a win-win situation for these conservative–the conservative Prime Minister Andrew Holness in Jamaica and the conservative President Danilo Medina in the Dominican Republic. A lot of these governments, too, they’re trying to get Trump to eliminate different export taxes, different tariffs. The Dominican president is trying to–he wants to have their country manufacturing all of the boots for the U.S. military. They were asking for a special emergency account for natural disasters for the U.S. to finance.

Other of these countries, so for example the Bahamas, which is one of the countries in the tax haven archipelago in the region, it’s highly integrated with the U.S. economy. It’s had a U.S. Navy base there for many years. It’s a playground for the wealthy people like Richard Branson; you know, the Walt Disney company. They own their own islands in Bahamas. So the Bahamas essentially doesn’t have its own foreign policy, and it’s headed by conservative Prime Minister Hubert Menes.

Another one of the countries–or the other two, then, would be St. Lucia and Haiti. St. Lucia, if you watched the video at the summit, and Mar a Lago with the five heads of state meeting with Trump, Prime Minister Alan Chastanet is the first person the Trump calls on. And if you hear him speak, he speaks with an American accent. He’s a white man, a wealthy business family on this island that is majority black Caribbeans. He’s one of the more conservative presidents in the region. And so he’s very close with a lot of wealthy powerful people.

And then the last final country that was at the summit is Haiti, and the president Jovenel Moise. Your viewers are probably–you know, have been seeing, have seen the news on Haiti, how you have this government that is really suffering a crisis of legitimacy. One of the lowest turnouts of any presidential election in recent years in the Western Hemisphere, and even worldwide. The government has used more and more repression against massive protests. Some of the largest protests in the country since the 1980s. And also it’s very well known the Petrocaribe scandal. So the Haitian government, especially under Michel Martelly, the predecessor to Jovenel Moise, who’s from the same political party, the Tet Kale–the baldheaded party, under his government a lot of money was stolen. They believe around 2 billion of over $4 billion was stolen by thi Haitian government, which has now basically stabbed in the back Venezuela, the government that was trying to provide solidarity to Haiti. And so a lot of people in Haiti are very upset at Jovenel Moise for really bending the knee to Trump.

GREG WILPERT OK. Well, we’re going to have to leave it there for now. I just want to note, though, before we close, that the resolution ultimately I thought it was very interesting. It basically specified that the representative from the self-proclaimed president Juan Guaido was actually going to be a representative of the National Assembly, and this is something that Jamaica introduced as an amendment in the last minute. And it really fundamentally changed the resolution, which is kind of interesting, and softened it, I think, probably, so that more of these Caribbean countries could vote in favor of it. In other words, the representative–the Guaido representative–is not a representative of the Venezuelan state, but of the National Assembly, which is totally unprecedented. Nobody–no other country is represented by a National Assembly. And it didn’t get rid of the current representative from Venezuela, the state official representative. So anyway, it’s kind of a complication that developed out of that OAS meeting. But we’re going to have to leave it there. Thanks again, Jeb, for having joined us today and lecturer at the University of Virginia and the Department of Sociology.

JEB SPRAGUE Thanks so much Greg.

GREG WILPERT And thank you for joining the real news network.