Minnesota Attorney General Keith Ellison announced the charges after an independent investigation determined officers at the scene were culpable for Floyd's death.

Minnesota Attorney General Keith Ellison announced the charges after an independent investigation determined officers at the scene were culpable for Floyd's death. 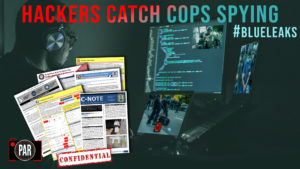 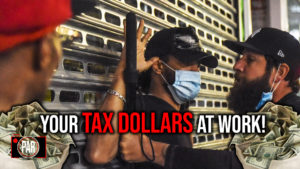 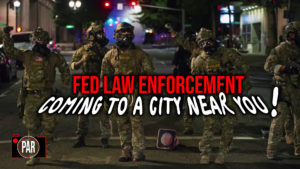 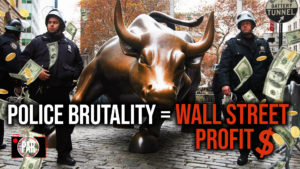 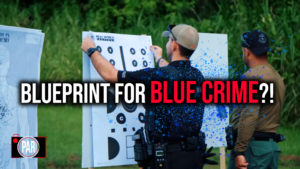 Taya Graham: Hello. My name is Taya Graham. I’m the host of Police Accountability Report here with a breaking news update. There have been new charges against the officers responsible for the death of George Floyd.

Keith Ellison: First, today I filed an amended complaint that charges former Minneapolis Police Officer Derek Chauvin with murder in the second-degree for the death of George Floyd. I believe the evidence available to us now supports the stronger charge of second-degree murder. We’ve consulted with each other and we agree. Second, today arrest warrants were issued for former Minneapolis Police Officers, JA Kueng, Thomas Lane, and Tou Thao. Finally, I’d like to announce that today, Hennepin County Attorney Michael Freeman and I filed a complaint that charges Police Officer Kueng, Lane, and Thao with aiding and abetting murder in the second degree, a felony offense. I strongly believe that these developments are in the interest of justice for Mr. Floyd, his family, our community, and our state.

Taya Graham: Floyd died after Minneapolis officer Derek Chauvin kneeled on his neck and body for almost nine minutes while the other three officers just watched. Last week, Chauvin was arrested and charged with Floyd’s murder, but the charges were for only third-degree murder, but there’s been a change. Stephen, can you tell us what the Minnesota Attorney General has done and what the new charges are?

Stephen Janis: Yeah. Minnesota Attorney General, Keith Ellison, announced new charges today. First, he upgraded the charges against Chauvin to second-degree murder, felony murder, and second, he charged the three officers who are seen on the scene in the video with accessory after the fact and accessory to murder. This is the first time they’ve charged the other officers. So, it was a big announcement, three new charges, and then the charge is upgraded to second-degree murder. The first charge was third-degree murder called depraved heart murder, which is serious, but the second-degree murder is much more serious and shows reckless disregard. So, these are new charges, much more serious, and for many protestors, long-awaited.

Taya Graham: Stephen, I was struck by how Attorney General Ellison actually held all the officers accountable for their role in George Floyd’s death. This doesn’t seem like a common practice to me. What are your thoughts?

Stephen Janis: Well, it is uncommon for other officers who are on the scene to be held for the actions of a single officer, but it also demonstrates how difficult it is to prosecute police, to begin with. One thing that people were saying, the protesters were saying across the country was that if I’d been standing around watching, participating this, I would be charged as an accessory. Just like they were saying, “If I had done something like this that was caught on video, I would be charged immediately.” So, I think there was compelling evidence given the video and what we’ve seen, but it is unusual because usually, police officers are difficult to prosecute and Ellison talked about that in his press conference, how difficult it is to prosecute officers.

Taya Graham: Yes, notoriously difficult to prosecute officers. So, Stephen, it’s also interesting to me that the family attorney said that the officer kept checking for a pulse. He kept checking to see whether or not Floyd was breathing, even after he had already lost his pulse. So, what does that do? How does that change the charges here a little bit?

Stephen Janis: Well, I mean, the family attorney argued that it made a case for first degree murder because they have audio, the body camera where the officers check for a pulse, say there isn’t a pulse, but they keep kneeling on him. So, he said that shows intent, but it does make, I think, a stronger case for second-degree murder because they were aware that he wasn’t breathing. I mean, they literally checked him and said, “He’s not breathing,” and then instead of-

Stephen Janis: And then continued for another two minutes. Right. So, that’s an significant legal point, and I think it’s a significant point in this case.

Taya Graham: I think that’s incredibly important point that they realized that he wasn’t breathing and did not stop to render aid. I don’t think that’s something that we can let people forget. Stephen, for me as a reporter, this is very reminiscent of what happened in 2015, after the death of Freddie Gray. There were protests in the street, what was called an uprising and Marilyn Mosby announced charges, and then the population waited to see what was next. The protest got quiet and stopped. What do you think will happen after these charges are given? Do you think it’ll change the way protesters are handling their reaction and their understandably emotional reaction to the death of George Floyd?

Stephen Janis: Yeah. I mean, you make a great point. Certainly, the protestors in Baltimore felt like they weren’t being heard. And when Marilyn Mosby announced the charges, they felt like they’d find the message had gotten through and someone had acted. I don’t know if this will have, there’ll be the same reaction. I mean, this seems to be larger and more comprehensive. You hear other names mentioned in these protests like Breonna Taylor, who was killed during a no-knock raid. And so, I don’t know if this will do it, but certainly, I think the protesters were… Some of the people that has spoken about it has said that this was at least what should happen. Whether or not this will calm people down or stop this discussion, I doubt it because this seems to be sort of a general mass discussion about policing in general, the criminal justice system, racial bias, and the racism that seems to pervade these cases. So, I don’t think it will be that simple, but we’ll have to see.

Taya Graham: Right. When people are protesting, they’re not just saying George Floyd, they’re saying Trayvon Martin, they’re saying Breonna Taylor, they’re saying Walter Scott, they’re saying Philandro Castile. So, there are a lot of names. There are a lot of families that have been absolutely subjected to the worst tragedy a family could ever experience, the death of a loved one, and then to see it again and again on video, on social media, on TV, is incredibly painful. So, hopefully, with these protests and with some changes in policing, maybe this will be one of the last of these tragedies. My name is Taya Graham. This is Stephen Janis reporting for the Police Accountability Report. Please be safe out there.