The Privatization of Puerto Rico’s Public Schools Has Begun 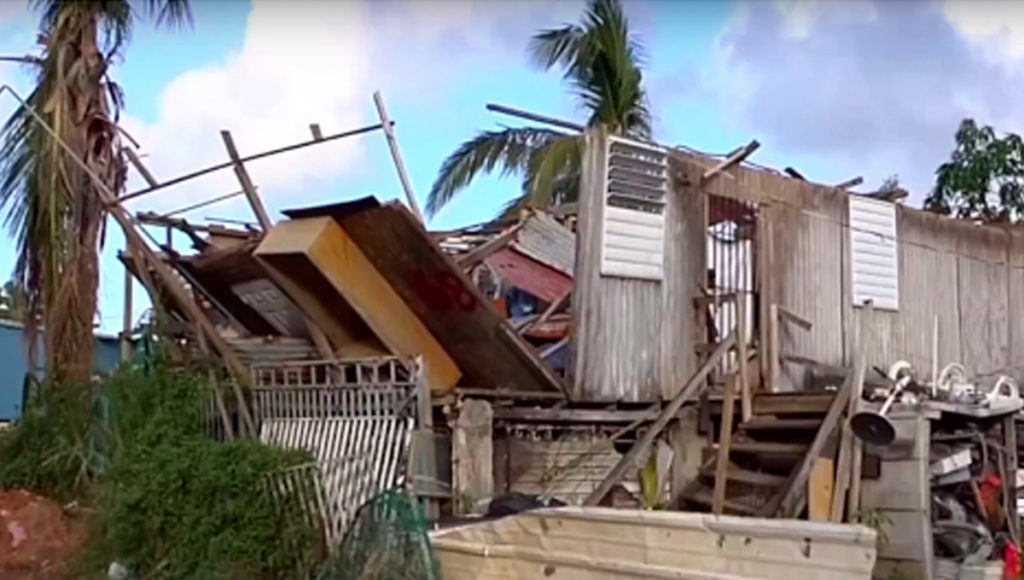 JAISAL NOOR: Nearly one year after Hurricane Maria devastated Puerto Rico, displacing and leaving thousands without power for months, activists are again sounding the alarm. They see the natural disaster as being used to advance privatization of the island’s public education system.

We sat down with middle school teacher Noelanie Fuentes Cardona, who is a member of the independent Puerto Rican Teachers Federation.

NOELANIE FUENTES CARDONA: We still have thousands of people without electricity. Health services are chaotic. Medical specialists are immigrating, so it takes a long wait to get appointments with doctors. We face a challenging economic situation, as well. [We suffer] a lack of jobs and the arbitrary laws imposed by this government.

NOELANIE FUENTES CARDONA: Law 85 just got approved, which decrees the privatization, municipalization, and creation of charter schools. They are working on rules to implement charter schools in our education system. In between 14-20 schools will initiate a pilot plan. They still need to choose which companies will administer them. I understand that process will begin in August.

Facing this project the Puerto Rican Teachers Federation opposed it from day one, because we know that it seeks to remove teachers from their classes, to get rid of the benefits and even jobs for teachers with 10-15 years. We need to fight. It’s dubious they revert Law 85. We need to fight so the scale of the project gets lowered and fewer schools are affected.

NOELANIE FUENTES CARDONA: We are facing a lot of resistance and aggression from the police, which didn’t used to happen before. We have resisted since May 1, disregarding the pressure we have faced. Our Federation’s document production facility was burned down. This happened after May 1. They haven’t been able to stop us. We carry our pamphlets, we keep gathering the communities. Our “no more promises” working group has carried on organizing and educating people. They have not intimidated us. The more repression, the more resistance, we will carry on. We’ll be united, fighting the current (or any other) administration ruling our country, which imposes arbitrary laws, is corrupt, and thinks that closing schools to save up for the country is really the best idea they can come up with.

JAISAL NOOR: We also talked to Judy Gonzalez, the head of the New York State Nurses Association, about what nurses learned during aid missions to Puerto Rico after Hurricane Maria devastated the island.

JUDY GONZALEZ: So when our first brigade, when we went, the roads were still really closed. There were no traffic lights. All- the whole time there were no traffic lights. Most people didn’t have water, didn’t have food, didn’t have electricity. Food and water started coming before the electricity, as time went on. But still people were in terrible need. Already the healthcare system was damaged. So many doctors and nurses and professionals had left. There was poor access. They had privatized many of the public systems.

So we created some free clinics where we- initially we had about 400 volunteers. So we were deploying them in all the various areas, working with local grassroots groups, whether they were community groups like the comedor asociaciones, the soup kitchens, the groups from the university, groups from students, groups from schools, and unions, including the health workers union there and the teachers union. The Federation found a site in which we could place our clinics, and also to visit the homebound, the encamadas, and deliver care.

And what it did was- it was not the, our approach was not one of charity or missionary work. It was actually just providing resources and needs that people identified who are already in the community, already in the grassroots. And it was acts of solidarity. It was a very different approach than some missions that take place. We were not saviors, or anything. We were just working with the community. What do you need, what can we do, how do we do it? You lead us. And that raised consciousness of our own volunteers, and also created really wonderful intimate relations between community and our providers and practitioners.

JAISAL NOOR: For The Real News, this is Jaisal Noor in New York.