David Renton discusses his new book The New Authoritarians: Convergence on the Right. Although the new wave of right-wing politicians is not fascist, it is dangerous and must be studied closely in order for the left to have a chance to fight back. The book focuses on the U.S, UK and France, and shows the connections which build up the alt-right and the populist right

David Renton discusses his new book The New Authoritarians: Convergence on the Right. Although the new wave of right-wing politicians is not fascist, it is dangerous and must be studied closely in order for the left to have a chance to fight back. The book focuses on the U.S, UK and France, and shows the connections which build up the alt-right and the populist right 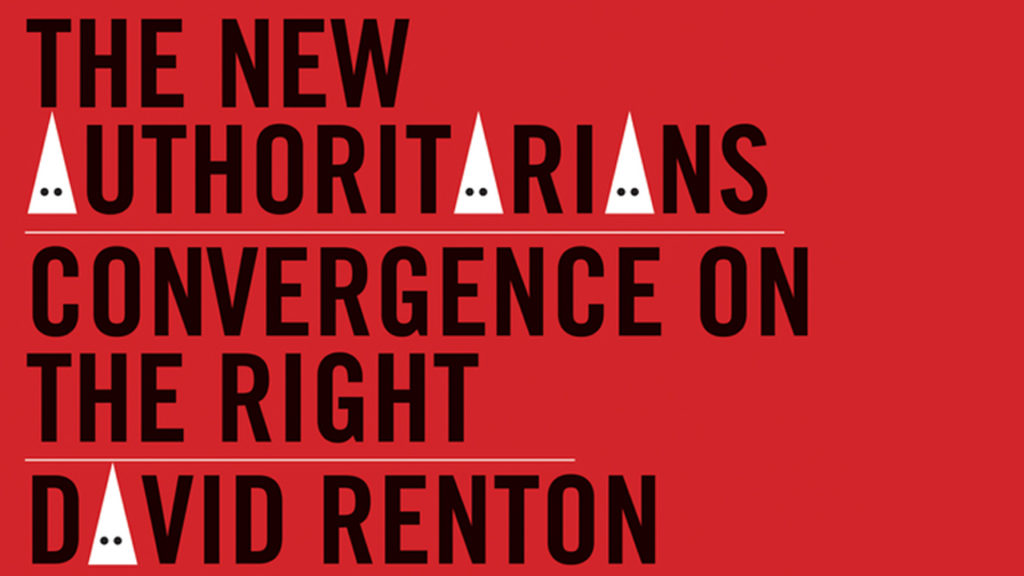 A new book called The New Authoritarians: Convergence On the Right was published by Pluto Press, trying to identify and analyze the common themes among right-wing populists which have risen to power in Britain, France, the US, and many other countries around the world. The book gives a historical overview of the right wing in Europe and the US, which took a heavy blow after World War II and spent decades distancing itself from its fascist past, partially through adopting neoliberal economic values. But it has now taken a new direction in the last half decade, and turned away from neoliberalism and towards far-right populism and alliances with very racist groups. Through analyzing the meteoric rise of right-wing Front National in France, now renamed as the National Resurgence, led by Marine Le Pen, the Brexit events in the UK, and the rise of Donald Trump in the US, the book traces the connection between the populist and Islamophobic right wing and how it differs from the right-wing parties of the 20th century.

Here to join us is the author of the book, David Renton. David Renton is a British barrister, historian, and author, and member of the Scottish Workers Party, SWP, and wrote several books on fascism and antifascism. Thank you very much for joining us, David.

DAVID RENTON: It’s absolute pleasure, Shir. Thanks for inviting me on.

SHIR HEVER: So, David, I want to get to started with really understanding the difference, what you traced in the book between the so-called alt right, the new populist right, and how it differs from the right-wing parties of Thatcher, or George Bush, or Reagan, or Jacques Chirac that existed in the ’80s and the ’90s. How how do you define that difference?

DAVID RENTON: Well, I guess the differences in terms–the differences work at different levels. One major difference is the willingness in which, the extent to which they’re willing to use the state to enact cruelty against the people they dislike. You know, just one thing which gives you a sense of this, when Margaret Thatcher came in as prime minister in Britain, she had campaigned against migration to Britain, and people were deported from Britain as a result of the rate of about 300, 400 people a year. Now, that was bad. Lots of people protested against that. If you look at Britain these days, we’re deporting people from Britain at the rate of 20,000 to 30,000 people a year. So there’s a willingness to use violence, willingness to build walls, a willingness to exclude which is at a much greater extent.

There are also differences in terms of economics. The kind of right-wing conservative electoral politics of the 1980s and 1990s was neoliberal. It was about stripping down the state. The dominant politics today is about saying, actually, you can have things like welfare state, but only if you exclude a whole bunch of people; if you exclude people because they’ve got the wrong color of skin, because they’re Muslims, whatever. They’re excluded from benefits in Britain. They’re excluded from the NHS. Throughout Europe it’s the same picture.

SHIR HEVER: What you’re saying here is actually bringing in the issue of violence, and using the state as a weapon against minorities, against people of color. So that, of course, brings immediately the comparison with fascism. But you claim in the book that the new wave of the right wing is not exactly a fascist wave. So can you explain what is the difference between the fascist movements and this new wave of right wing populists?

DAVID RENTON: Well, the fascists of the 1920s and ’30s were born in a world where the left was incredibly strong. There’ve been revolutions in a whole bunch of countries in Europe. And so when they they saw themselves as reactionaries, or even as counterrevolutionaries, they saw themselves having to fight this enormous battle where their very survival was at stake. So they were willing to go much, much further than conservatives, and much, much further even than the radical right of our days.

If you want to put it in the most simple terms, when Hitler came to power, within days of him getting into power, you know, you had prison camps throughout Germany for Hitler’s opponents, and people were jailed in them. And then obviously a dynamic which was set which led to the Second World War and the Holocaust. If you talk about the far right today, or even kind of the bits of the conservative right which are in alliance with the far right, now when they’re in power they’re in a place which is between conservatism fascism. When Trump came in, he didn’t start jailing his opponents. On the stump. He promised all sorts of horrible violence against the likes of Hillary Clinton. But you know, while he’s in power he’s largely not done that. So we’ve got a right that’s further right, and conservatism further right than the right of the 1980s, but it’s not as far right as fascism.

SHIR HEVER: Right. And there is also the issue which was constant, in many ways, all the way from the fascists, and from the 1930s, and to the right wing today and the racist groups that are, that you described in the book, which are anti-Semitic, which express hatred towards Jews, like the Brexiteers, and Trump and his cronies, and parties which signed the Prague Declaration, as you right. And can you explain why it is the hatred of Jews a critical component in the right wing today, as it was before and during World War II?

DAVID RENTON: Well, it’s kind of strange, because you asked me what’s going on today. But if you’d asked me that question three or four years ago, I would have said, actually, anti-Semitism is much less important for the right than it was in the 1930s. You know, certainly in the States as it was enormously long time where the anti-Semites were extremely uncool on the American right. They weren’t where things were. We’ve seen that change with Trump, obviously.

It seems to me that anti-Semitism serves a kind of function to the far right, serves a purpose. The way the far right likes to think of itself as as revolutionaries of a sort, yeah, they’re revolutionaries who against the left. But in their minds they’re revolutionaries. So anti-Semitism enables them to say that they’re punching both up and down. They’re punching down against the workers movement, against the left, which they say is Jewish, but they’re also punching up against capital, against the banks, which they say, wrongly, are Jewish fronts. And anti-Semitism suits them because it enables them to present themselves as sort of this force that’s somehow between the left and right, beyond left and right, against left and right. That’s why they keep on coming back to anti-Semitism, and that’s why they’ve come back to it in the last four or five years as they’ve got more militant and aggressive.

SHIR HEVER: Well, I want to turn now to a more critical question, and that will be the last one for today, because I think one thing that I felt was missing in your book is how all of these parties are responding to the accusation of anti-Semitism. If we talk about all of these parties which signed the Prague Declaration, and the Trump administration, Marine Le Pen, the one thing that they all have in common is that while they are embedded with very anti-Semitic organizations, at the same time they are–they show unqualified support for the state of Israel and its policies. And in fact, the Israeli Prime Minister Benjamin Netanyahu is a personal friend of many of these populist right wingers, like Viktor Orban in Hungary, Jair Bolsonaro in Brazil, Silvio Berlusconi in Italy, and of course, Donald Trump. So why did you not include that in your book?

DAVID RENTON: Only because it would have made a whole other book which have been just as long as this one. But in terms of the general point you’re making, which is that there’s an alliance between Israel and very large sections of the international far right, I totally agree. There are a bunch of countries in the world which at the moment are trying to play that role. Russia is one. Unfortunately, since Trump’s come in, America is one. And also Israel is one. All of them serve to play a role as patrons to the far right groups, and with Israel in particular there’s a kind of–we don’t really have the word for it. People listening will have heard of, like, pinkwashing, when people pretend that a state’s all right because it has a good position on LGBT issues, or whatever. That’s exactly the equivalent of what Israel is doing. Every time [inaudible] and Netanyahu, they see a right-wing movement emerging, they rush to declare it is allies, and they rush to say, look, they can’t really be anti-Semites. So it gives them the kind of reputational shield. And obviously that’s something which serves the particular present government we have in Israel, and also serves the far-right parties extremely well.

But look, the only reason why I didn’t do it, I didn’t include it in my book, is that, you know, anti-Semitism is such a huge and important story. It’s not something that I think you want to do in just a couple of pages. If you’re going to do it you need to do it in detail and in length. And to explain something, explain to people this story, which, to be honest, I don’t know about the mainstream media in the States. I very much doubt it’s reported properly there. It sure as hell isn’t properly reported in Britain either.

DAVID RENTON: It’s been an absolute pleasure. Thanks, then.