The Brexit agreement between the UK and the EU is a temporary arrangement that maintains much of the status quo and does not really provide a clear path forward. As it stands, it could lead to Prime Minister Theresa May's fall, says Prof. Leo Panitch

The Brexit agreement between the UK and the EU is a temporary arrangement that maintains much of the status quo and does not really provide a clear path forward. As it stands, it could lead to Prime Minister Theresa May's fall, says Prof. Leo Panitch 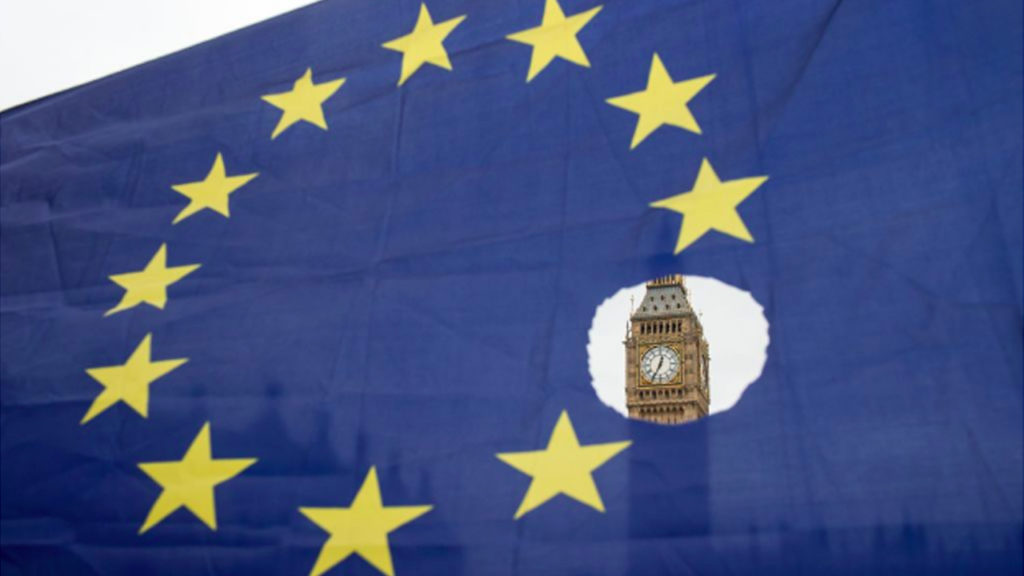 UK Prime Minister Theresa May’s future hinges on the upcoming Brexit vote in Parliament on December 12. The Parliament is expected to vote on the Brexit deal that she has negotiated with the EU. UK scheduled to leave the EU on Friday the 29th of March 2019. Labour Party of Jeremy Corbyn says that forcing the vote in Parliament with this unsatisfactory deal is likely to bring about a non-confidence vote on Theresa May’s prime ministership.

On to talk about all of this with me today is Leo Panitch. Leo is a senior scholar and professor emeritus of political science at York University. His most recent books include The Socialist Challenge Today, which he cowrote with Sam Guindon. And he has also put out a new edition of the Socialist Register 2019 with Greg Albo, and that’s titled A World Turned Upside Down. In this issue of the Socialist Register, Leo Panitch has co-authored an article with Sam Guindon titled Trumping the Empire. Leo, good to have you with us.

LEO PANITCH: Glad to be back, Sharmini.

SHARMINI PERIES: Now, Leo, you’ve just returned from the UK. You met with a number of leaders of the Labour Party. So what is the main contention that the Labour Party has with the current Brexit deal?

LEO PANITCH: Their basic position is that after two and a half years, what May has come away with from the European Union is mainly a withdrawal agreement that kicks the can down the road, and leaves everything significant still to be negotiated, while bringing about Britain leaving at the end of March next year. Your own Paul Jay a couple of decades ago did a marvelous documentary called Neverendum Referendum on the Quebec independence politics. And as I told the people I spoke to in the Labour Party, I think what they are facing is precisely that, is neverendum Brexit. Because nothing has been negotiated at all in any firm or permanent way.

What is left under this arrangement is a customs union that will last until 2020, and possibly until 2022, as a temporary arrangement. No direct access guaranteed to Europe’s single market, but the requirement that European laws continue to apply in terms of nontariff barriers. Now, nontariff barriers include things like lower wages in order to be able to compete, even if you don’t have tariffs, or preventing state subsidies in order to develop a progressive industrial strategy for regions that have been backward in economic development. And that’s Labour’s main concern. Their concern, were they to negotiate with the European, would be to more, be more progressive than the Tories are on immigrant rights, on refugee rights, on workers’ rights, on human rights. But to be more restrictive than the Tories would be, of course, in terms of allowing for a direct and active public role in a progressive, economic, non-neoliberal economic strategy.

SHARMINI PERIES: All right. Leo, John McDonnell, the shadow chancellor of the Labour Party, is in the press today talking about the fact that this vote, if brought to Parliament, might force a non-confidence vote on Theresa May. What did he mean by that?

LEO PANITCH: Well, in the parliamentary tradition, unlike where you have a separate president elected as in the republican tradition of the United States, if the Prime Minister and her government doesn’t have the confidence of the House, as it’s called, of the House of Commons, can’t secure a majority behind her in the House of Commons in a confidence vote, she should, constitutionally, resign. That is somewhat qualified by the fact that a piece of legislation was passed recently in the last decade which says five year terms for Parliament. So if you’re defeated on a particular vote, you can call another vote that says, does the House still have confidence in this government? Whereas previously it could be interpreted, if you were defeated on something as important as this Brexit vote, that was already a vote of confidence that you would have lost.

So in this case, should she lose, it is possible that it would be determined that she can call a separate confidence vote, and the Tories who wouldn’t support her in this vote, in addition to the Labour party that won’t support her, the Scottish MPs that won’t support her, that she might survive such a confidence vote. It’s hard to know. She might, of course, be undermined by her own Tory MPs who are, of course, scheming to have her removed as leader, although they can’t get the requisite number of people to sign letters saying they would do that.

So the whole thing is in incredible disarray. And the Labour Party looks relatively coherent in the face of this, even though, of course, Corbyn being stabbed in the back just a couple of years ago by his own MPs.

SHARMINI PERIES: If Theresa May, Leo, doesn’t survive a non-confidence vote in Parliament, this will of course force an election, and perhaps even a second referendum on the Brexit. What prospects are there in terms of being able to just cancel out the Brexit [crosstalk]?

LEO PANITCH: Well, it’s more likely that, failing an election, that what they’d be forced into would be calling a second referendum, for which there’s a big campaign going on. Although this is dangerous, and people who watch The Real News need to realize the very fraught political circumstances that will surround this.

If there’s a second referendum, this opens up the policy for the–the possibility for the xenophobic far-right forces that were based around UKIP, but also inside the Tory Party itself, and now would be joined by even more frightening types, such as this Tommy Robinson figure, who would go into those areas that voted to leave because they felt that part of the reason they were suffering so grievously economically was due to a neoliberal EU, go into them and say you’ve been betrayed by the political establishment. You’ve been betrayed by the financiers of the City of London. And Labour would be in the very uncomfortable position of running in a referendum, having to take a Remain position against, obviously, a xenophobic Leave campaign, while not being enthusiastic about a neoliberal Europe. And they’d be seen as being in bed with the City of London and all the old Blairites in their own party who, you know, did admit a lot of immigrants, but in a way that did nothing to do so that cast it in a progressive light rather than a reactionary one.

So this is not necessarily a kind of solution that we should be happy for. Labour would have to find a way to run in a referendum, as they would in an election campaign, where they would be leading the sensibility that we don’t want the continuation of neoliberal global capitalism, which the EU represents. This will be very tricky. Labor was unable to represent the anti-austerity feeling, the anti-big boys in London feeling, that led the Scottish Nationalist Party to do so well in the Scottish referendum, because they were running on a common Against platform with the British Conservatives and the whole of the bourgeoisie. So you know, this is very fraught substantive politics which I don’t think people are taking careful awareness of as they look at this issue.

SHARMINI PERIES: All right. Leo, finally, there has been a lot of political action organizing protests coming out of the UK, and in London in particular, in relation to the climate crisis we’re facing, in relation to the national health program in the UK, and also in terms of the Brexit exit or not. Now, are these protests, do you see them as significant? Is it garnering a number of people to come out and stand up for their rights?

LEO PANITCH: I think that reflects a significant shift in the balance of forces to the left in Britain. The massive campaign, demonstration, calling for a people’s vote, or a second referendum, certainly could be interpreted as that. But one needs to be careful, because a lot of the people who supported that, you know, are supporting a unchanged European Union. If you asked all those young people who are both in Momentum and would have been on that demonstration–Momentum being the campaigning organization for Jeremy Corbyn–you know, would they prefer to stay in a capitalist Europe, or would they prefer to be working for a socialist Britain if those were the alternatives, they would say they’d prefer to be working for a socialist Britain. So one needs to be careful with this.

Now, there’s also going to take place, two days before the parliamentary vote on December 9, there’s going to take place a very far-right demonstration in London which is going to be precisely on terms of don’t let the establishment betray this vote to get out of Britain. And this is a direct far-right appeal to those working-class people who feel hard done by by neoliberal globalization, although of course it’s being done on xenophobic terms something you know very well in the United States.

SHARMINI PERIES: All right, Leo. Obviously an ongoing discussion to be had on this, and particularly what you are highlighting here in terms of the far-right demonstrations that are also mounting not only in the UK, but across Europe. I thank you so much for joining us today, and we’ll pick it up next week.