Existence is resistance: a quarter of a million Rohingya refugees live in Malaysia with no legal rights or protections

Existence is resistance: a quarter of a million Rohingya refugees live in Malaysia with no legal rights or protections 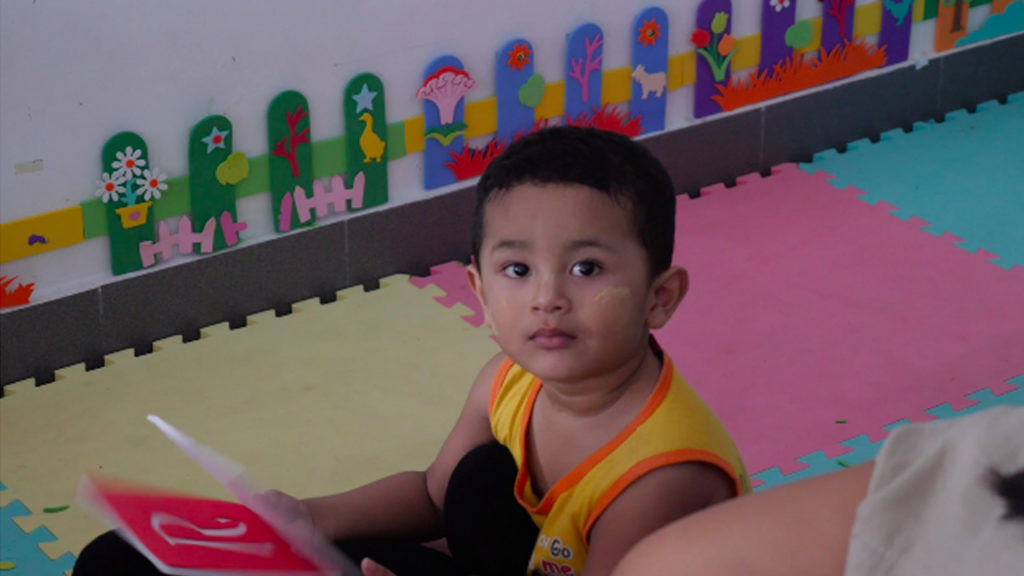 JAISAL NOOR, PRODUCER: Sohail Mohammad is three years old. He was born in Malaysia, but he’s not allowed to go to school here and his parents aren’t allowed to earn a living. That’s because they’re among the country’s 200,000 Rohingya refugees.

FAYAS AHAMED, ROHINGYA REFUGEE, COMMUNITY ADVOCATE: Most of the refugees’ children here, even though they are having a Malaysian birth certificate, they don’t have citizenship. They cannot go for formal education.

JAISAL NOOR: Fleeing at a staggering rate since 2012, over 720,000 of Myanmar’s Rohingya ethnic minority, many of whom are Muslim, have escaped what the UN calls “ethnic cleansing.” Myanmar has launched extensive military campaigns against what they say are Rohingya militants, but tens of thousands have been killed and entire villages razed, prompting allegations of human rights violations, war crimes, and even genocide. For decades, Rohingya have been treated as second class citizens and denied basic human rights. Today, so many have fled to neighboring countries like Bangladesh that there are said to be more Rohingya abroad than those who remain in their homeland.

Kuala Lumpur is home to the lion’s share of Malaysia’s Rohingyas. They exist in the shadows of the capital’s impressive skyline, living in squalid apartments or construction sites. Malaysia is not a signatory to the UN’s 1951 refugee convention, so refugees here don’t have the right to an education or the ability to work legally.

JAISAL NOOR: This is Fayas Ahamed, a refugee and advocate for the Rohingya community. He’s called Kuala Lumpur his home for the past dozen years. He’s been deported twice but managed to return.

FAYAS AHAMED: At that time I was arrested and I was detained for six nearly six months.

JAISAL NOOR: Today he helps run the Elom Community Center located in northern Kuala Lumpur. They work with about 50 families providing everything from English lessons, computer classes, childcare and empowering women and youth.

JAISAL NOOR: The UN High Commissioner for Refugees issues IDs that provide some measure of relief, ability to go to UN schools and a discount for healthcare. But even with an ID card, refugees can be detained at any time, especially if they are caught working and are subjected to detention in harsh and inhumane conditions. As born witness in this Al Jazeera report.

AL JAZEERA ENGLISH REPORT: Not only are they handcuffed, but they’re also chained to each other and not allowed to wear shoes. There are children held here as well, which is a violation of international law.

JAISAL NOOR: But many of us work to put food on the table, Like in his bustling vegetable market where they are subjected to long hours and unsafe conditions to earn up to 50 ringgit a day, equivalent to 12 US dollars.

JAISAL NOOR: The Rohingya we spoke to yearn to return to their homeland. Recent US sanctions on the government of Myanmar have prompted the country’s leadership to encourage the Rohingya to come back.

MYINT PHU, PERMANENT SECRETARY OF MYNMAR MINISTRY OF FOREIGN AFFAIRS: At least those who live in Myanmar for three generations, they are entitled to apply for what we call naturalized citizenship.

JAISAL NOOR: But many say they won’t until they have assurances the ethnic cleansing has come to an end and they are granted full citizenship. In the meantime, community members continue to urge Malaysia to grant them the right to work and education because they say they are basic human rights.

HANIF: This is the very big challenge if you don’t have any document like your UNHCR card. So whoever got the UNHCR card, they can go everywhere. They can walk, but sometimes they also got some problem. But who didn’t get yet the UNHCR card, so they are really suffering in Malaysia. And some of them, they have to go to the prison, that’s the very difficult situation for us.

JAISAL NOOR: For The Real News, this is Jaisal Noor in Kuala Lumpur, Malaysia.