In the first of our three part series on the dismantling of West Dayton, a predominantly African-American Community, TRNN talks to Professor Lawrence Brown and activists about how the national move to gentrify cities has left existing black communities vulnerable to disinvestment by Stephen Janis and Taya Graham

In the first of our three part series on the dismantling of West Dayton, a predominantly African-American Community, TRNN talks to Professor Lawrence Brown and activists about how the national move to gentrify cities has left existing black communities vulnerable to disinvestment by Stephen Janis and Taya Graham 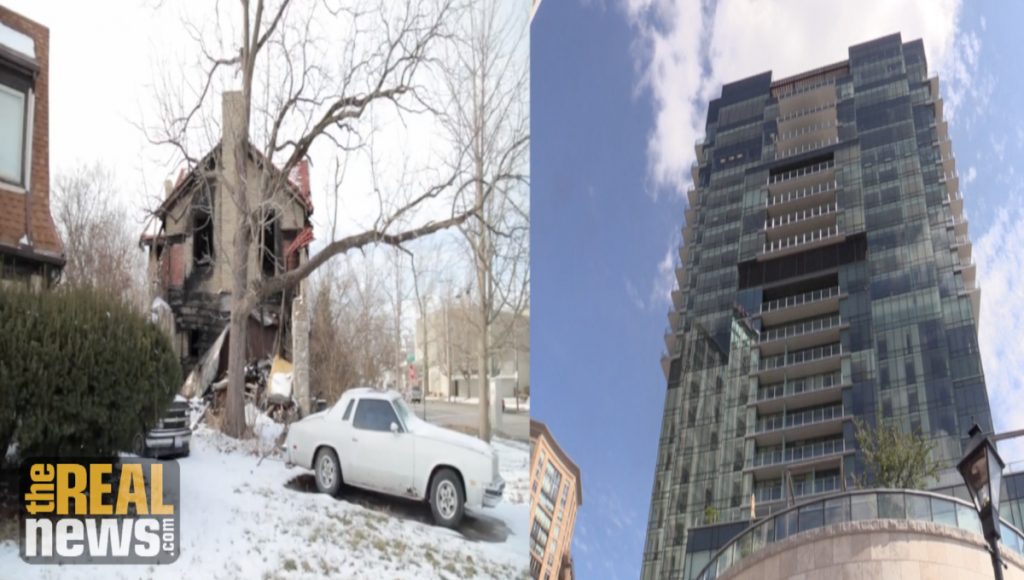 STEPHEN JANIS: A cursory drive around Baltimore makes one long term policy decision abundantly clear. The gleaming towers clustered downtown sit in stark contrast to the east and west side, where the signs of poverty and decay are rampant. It’s an emphasis on investment, focus on what Morgan State University professor, Lawrence Brown, calls The White L versus the black butterfly depicted in this graphic he created.

LAWRENCE BROWN: So, all these things, really, you can trace a pattern of urban displacement in remaking space for those who are wealthier, whiter, to come into the city and reclaim land.

STEPHEN JANIS: But these policies of disinvestment in black communities are not limited to Baltimore.

SHENISE TURNER-SLOSS: The city of Dayton is at a point where we’re trying to revive it though, with the focus unfortunately being on the core, the downtown core in downtown Dayton. And what that has caused is, it has caused a great devastation and a loss of investment in our surrounding areas.

STEPHEN JANIS: Recently, members of a Dayton-based activist group, Neighborhood Over Politics contacted The Real News about this.

J. THOMAS-JONES: These are people who are working 40 hour or more hours a week at a job. The thought that you may even have to go to shop at a food pantry is unacceptable.

STEPHEN JANIS: They are fighting a similar policy push that is illustrated just as starkly, investment in downtown in the form of tax breaks for developers, along with plans to close schools, a hospital and the only remaining grocery store in West Dayton, a predominantly black community.

JAMICA GARRISON: Krogers closed on Gettysburg in Westown probably about seven years ago. And so ALDIs was the next best option for residents for sustainable healthy food options in the Dayton area, specifically West Dayton.

STEPHEN JANIS: In organizing to save their neighborhood from the kind of disinvestment that has plagued Baltimore, it’s a policy that Brown says has roots in systemic racism and is being implemented in other cities.

LAWRENCE BROWN: You can trace a pattern of urban displacement. So, when you have this influx of people that want to return to the city, these areas become really targeted.