A federal judge recently declared the government's terrorism watchlist unconstitutional, but the violation of civil liberties and US wars abroad continue.

A federal judge recently declared the government's terrorism watchlist unconstitutional, but the violation of civil liberties and US wars abroad continue. 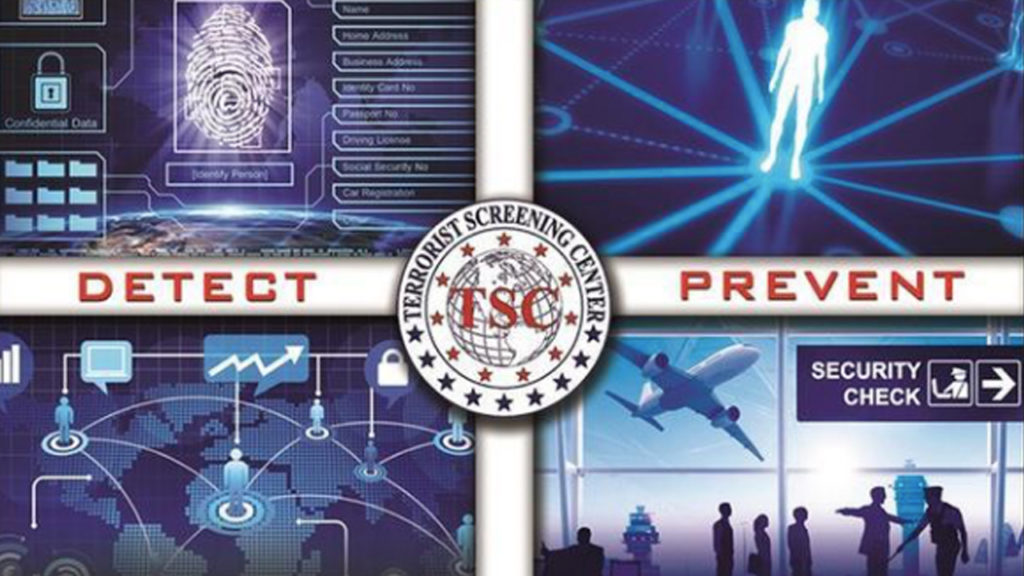 Wednesday, September 11th is the 18th anniversary of the 2001 terror attack on the World Trade Center and the Pentagon, commonly known as 9/11. The aftermath of 9/11 was profound for the United States and the rest of the world, when the US began its so-called war on terror. Internationally, the US launched at least two wars. First, against Afghanistan to overthrow the Taliban and to ostensibly capture Osama bin Laden, the alleged mastermind behind 9/11. This still continuing war is now the longest war in US history. One and a half years after 9/11, the US also went to war against Iraq.

Domestically, one of the most significant developments of 9/11 was the passage of the so-called USA Patriot Act. This law, which was passed a mere six weeks after 9/11, allowed the US government to indefinitely detain non-citizens; to surveil telephone, email, and financial records without a court order; and to access business records, including library and financial records. When the Patriot Act expired in 2015, Obama signed a new version of the law called the Freedom Act, which is set to expire by the end of this year. Last month, the Trump administration urged Congress to extend the Freedom Act’s provisions of mass telephone surveillance indefinitely.

However, a coalition of 30 digital rights, social justice and civil liberties groups urged house Democrats on Monday not to renew section 215 of the law, which allows the government to collect phone metadata without court authorization. In a related development, a federal judge ruled last Wednesday that the US government’s terrorism watchlist, which contains the names of at least 1.2 million people, most of the non-US citizens, is unconstitutional. According to the judge, “The risk of erroneous deprivation of plaintiffs travel-related and reputational liberty interest is high, and the currently existing procedural safeguards are not sufficient to address that risk.”

Joining me now to discuss the aftereffects of 9/11 is Marjorie Cohn. She is Professor Emerita at Thomas Jefferson School of Law, and a former President of the National Lawyers Guild. Thanks for joining us again, Marjorie.

GREG WILPERT: So let’s start with the most recent development first, the ruling that the terrorism watchlist is unconstitutional. The case was brought by the Council on American Islamic Relations representing 19 US citizens who are on the list. Just how significant is this ruling, and what does it mean in practice for those who are on the list?

MARJORIE COHN: It’s quite significant because the Obama administration quietly approved a substantial increase in people on the terrorism watchlist. On 9/11, there were 16 names on this list. Today there are tens of thousands of names, as you said. And the plaintiffs in this lawsuit claimed that they had—This is not a No Fly List, which is more severe than the terrorism watchlist, but it’s similar. And the judge in this case that you talked about, actually used principles from the No Fly List. But the terrorism watchlist means that people can be stopped when they’re traveling, when they’re stopped by a police officer, pretty much any time and harassed, indefinitely detained, their phones and laptops confiscated, interrogations.

And these plaintiffs claimed that they had suffered pretty severe deprivations, injuries. One went to the hospital. He was on life support at one point, I believe. And so, they were not sure that they were on this list because the government doesn’t tell you you’re on the list. Nor were they told what evidence was used to put them on the list, if they were on the list. Nor were they told how they could refute the evidence, so-called evidence, and get off the list. And so that’s mainly why this judge, the US district court judge in the Eastern District of Virginia, decided that this was unconstitutional, it was too vague, and granted what is called summary judgment, which means that there are no material issues of fact that a jury could decide.

And so the plaintiffs won at this point, but it’s not a complete win because what the judge did was to send the case back and order that the parties file briefs about how this system could be made more fair, so it wouldn’t violate due process. In other words, remedies that these plaintiffs could get. So this was a very significant ruling, but again a partial ruling.

GREG WILPERT: Now, as you mentioned, it’s not generally known how many people are on this list or how did they get placed on the list, and it became quite notorious after 9/11 when thousands of people, as you mentioned, were denied permission to board airplanes because they were on a subset of that list. That is, the No Fly List. Now, how do these lists exactly impact civil liberties? Once they’re on it, is there any recourse to actually get off of it, especially now after this ruling?

MARJORIE COHN: Well, at this point, there isn’t a recourse to get off of it and that’s why the judge sent the case back. Basically, he told the parties to file briefs to talk about making these procedures comply with due process, but people are not told they’re on these lists. Secret evidence is used to put them on the list, even uncorroborated Facebook posts can be used. There is a standard of reasonable suspicion, which is a pretty low standard, lower than probable cause, that the government supposedly uses to put people on this list. And the standard is based on the totality of the circumstances, that means all of the factors.

They use the words articulable intelligence or information— although that’s not defined— taken together with rational inferences from those facts, lead one to believe that someone is a known or suspected terrorist. This is very, very vague, which is one of the problems that the judge found with it. Another problem is that the government, in putting people on these lists, can consider race, ethnicity, religious affiliation, beliefs protected by the First Amendment, including freedom of speech, religion, press, assembly and redress of grievances. They can look at people’s history associates, business associations, international associations, a study of Arabic for example, just about anything to put people on these lists. And really, it only takes one single person in the White House who has unilateral authority to put people on these lists. So the judge was, I think, justifiably concerned about this and the constitutional ramifications, which is why the ruling came out the way it did.

GREG WILPERT: Now, I want to turn to some of the other domestic consequences of 9/11. That is, the collection of phone records known as metadata of practically all US citizens. Since June 2013, we know thanks to Edward Snowden’s leaks, that this has been going on for a long time. Last October though, a declassified inspector general’s report revealed that most of the data that was being collected was useless, and that the National Security Agency apparently ended the program shortly after this report came out. However, the Trump administration apparently would like to see it revived. What would you say now remains of the Patriot Act and the consequences that 9/11 had on civil liberties?

MARJORIE COHN: Well, metadata is basically websites people visit, numbers they call, and this is what Edward Snowden revealed that the NSA, the National Security Agency, was looking for patterns so that they could use this to target people and basically spy on them without complying with the Fourth Amendment— warrant, etc. You cited that study that showed that this metadata is practically useless and metadata, interestingly, is also used in deciding who to target with drones, which is another result of the post-9/11 era. Bush started droning people. I think his first drone attack was in Yemen, and Obama took this to an even higher level.

I think he was using drones to attack people in seven different countries. ARS Technica did a study and found that the metadata that’s used to decide what people a drone will target resulted in 99% false positives. So, virtually useless. And yet, they’re still using it. And as you say, the Trump administration, even though the evidence shows that it’s not reliable, want to continue to use it. This is not surprising given Trump’s allergy to evidence-based and scientific evidence and data. The problem is that for political reasons, most people in Congress don’t have the backbone to stand up to the government when the government says, “Oh, we have to fight terrorism.”

And they don’t want—These people who are standing for reelection in the Congress, don’t want to be accused of being soft on terror, and so they roll over. After 9/11, it took about three weeks, as you said, for the Congress to pass the USA Patriot Act. And many of the provisions in the Patriot Act, the government had tried to get them through before 9/11 and Congress said no. But after 9/11, I think it was a 582-page bill, most people in Congress didn’t even read it. ACLU staffers reported that congressional aides had called them the day after the vote on the Patriot Act to find out what their members, their congressional members, had voted on.

And so they’re kind of flying blind, knee-jerk response to terrorism. And of course, that’s not all. We had increased surveillance and the drones, we have the torture program, and two major wars in Iraq and Afghanistan, illegal wars. Never should have happened as a result of 9/11 or in the wake of 9/11. And now, we’re celebrating the 18th anniversary of the longest war in US history, the war in Afghanistan. In addition to drone attacks, regime changes, and other kinds of interferences and interventions in many, many different countries, particularly in the Middle East.

So 9/11 had a profound effect on our liberties, but also the lives of people around the world. Untold numbers of people have died in these wars, in these drone attacks. Thousands of people have been tortured with so-called enhanced interrogation techniques. The Senate did an extensive study documenting the torture that had taken place, and yet no one at any level of authority has been held accountable. And that really, it was the responsibility of people in the Obama administration because under the Take Care Clause of the Constitution, the president has the duty to take care that the laws be faithfully executed. And yet Obama said, “Yes, well, we tortured some folks, but we’d rather look forward not backward.” I think he was thinking about himself not wanting to become a defendant in a war crimes prosecution in the future, and they also protect each other. And so, there’s been tremendous fallout since 9/11.

GREG WILPERT: Well, I think it’s very important to keep this in mind, this history, but also looking forward if the Freedom Act gets basically extended, as the Trump administration wants to do. But we’re going to have to leave it there for now. I was speaking to Marjorie Cohn, Professor Emerita at Thomas Jefferson School of Law. Thanks again, Marjorie, for having joined us today.

What Is the Real Story of Buttigieg’s Service and Time in Afghanistan?

US Has No Moral Authority to Deem Muslim Brotherhood ‘Terrorist’