The day before the first Democratic debate in Miami, dozens gathered at the DNC to demand a climate debate. They say they plan to stay until the DNC meets their demands

The day before the first Democratic debate in Miami, dozens gathered at the DNC to demand a climate debate. They say they plan to stay until the DNC meets their demands 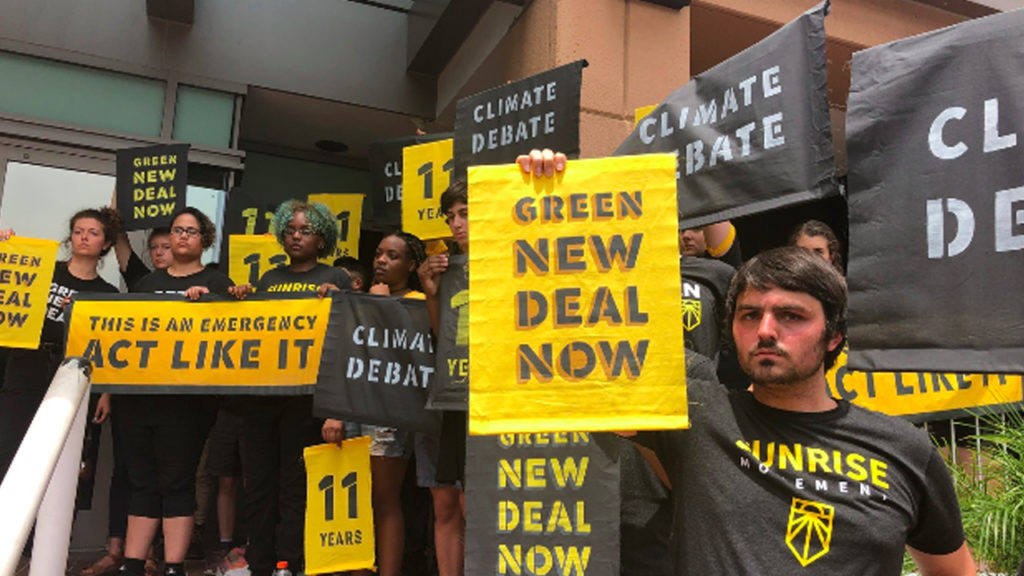 JAISAL NOOR: Some 150 activists with the youth-led climate organization Sunrise Movement held a sit-in outside the Democratic National Committee’s headquarters on Tuesday to demand they reverse their decision not to hold a debate focused on climate change.

STEPHEN O’HANLON: We asked to go up and have a meeting with members of the DNC, and they refused. They locked the doors on us. And you know, I bet when–you can bet when the oil and gas lobbyists come here they don’t have the doors locked on them.

JAISAL NOOR: They have vowed to stay until the DNC meets their demands.

RO KHANNA: How many people plan to stay here all night? So I think the least members of Congress can do is show up and support your generation, your passion for the climate debate.

JAISAL NOOR: It was the day before the first Democratic presidential debate of 2019 in Miami, Florida. Just miles away, an Everglades brushfire is threatening thousands of acres of land.

ZINA PRECHT-RODRIGUEZ: Miami is one of the most threatened large cities in the United States for sea level rise. They out of anyone, that city is in an emergency. So this is a matter of life and death.

STEPHEN O’HANLON: This issue has been really left out of the political conversation for our entire lives. In 2016 only 1.5 percent of all of the questions in the Democratic primary debates referenced climate change. In the general election there wasn’t a single question about climate change. This issue has not been discussed, and the American people and voters have not gotten a chance to hear where the candidates stand and what kinds of policies will protect our generation and generations to come.

JAISAL NOOR: Perez said the DNC doesn’t do single issue debates. But Sunrise doesn’t believe that the climate crisis is a single issue.

BENJAMIN FINEGAN: This issue has a foot in racial justice and economic justice. It is a broad issue.

JAISAL NOOR: Fifteen candidates have called for a climate debate, as have more than 50 DNC members across the country. And a new poll commissioned by Data for Progress showed that 64 percent of Democratic voters also support the demand.

STEPHEN O’HANLON: It makes no sense. The DNC is not following the wishes of the party, of the presidential candidates, and of young people who it needs energize if we’re going to defeat Trump.

JAISAL NOOR: But activists say not just any climate debate will do. It must be one that fully grapples with the climate crisis.

JAISAL NOOR: Sunrise is also pushing each candidate to refuse fossil fuel contributions and to prioritize the Green New Deal, a plan to phase out fossil fuels within a decade and create millions of jobs in the process.

YASMEEN PAULING: We are tired and we want action now, because this literally affects every aspect of our lives. We need to know which candidates we trust to fight for our future and which candidates need to move aside. 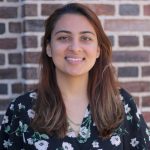 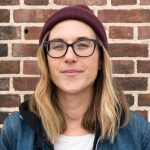