Success and Mutation in the Soviet Union – RAI with A. Buzgalin (2/12)

On Reality Asserts Itself, Prof. Alexander Buzgalin says the threat of European fascism propelled the militarization and bureaucratization of the USSR

On Reality Asserts Itself, Prof. Alexander Buzgalin says the threat of European fascism propelled the militarization and bureaucratization of the USSR 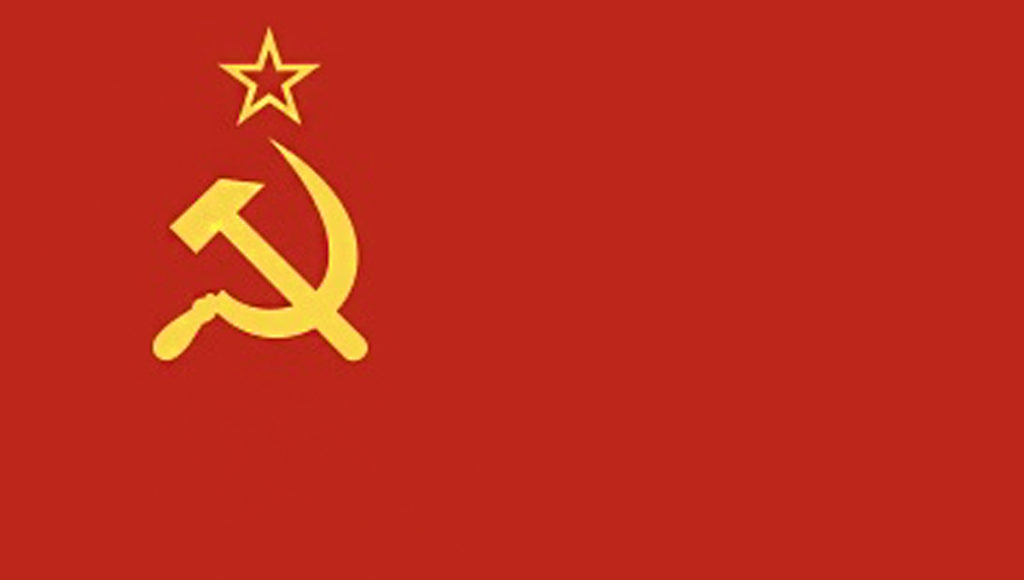 PAUL JAY: Welcome back to Reality Asserts Itself. I’m Paul Jay and we’re continuing our discussion with Professor Alexander Buzgalin. Thanks for joining us again.

PAUL JAY: Good. Once again, let me get this right- Professor Buzgalin is Professor of Political Economy and director of the Center for Modern Marxist Studies at Moscow State University. So, picking up from part one, the 1920s in the Soviet Union, after the revolution, my understanding, at least. It was a time of tremendous excitement, of transformations, beginnings of modern movie-making takes place in the Soviet Union, some of the innovations are world class. Why and how, and I know this is an enormous question, really boil this down- how does something so transformative turn into such bureaucracy?

ALEXANDER BUZGALIN: It’s a really great, very important and very difficult question. A brief and little bit primitive explanation: The Soviet Union was born in the- appeared in a period of terrible contradictions. So, world capitalism, World War I, terrible bloody war, for what? For killing of millions of people for the profit of corporations. And one result was material basis and cultural basis for a new society. So, it’s like a kid that appeared in the dusty, cold atmosphere without good parents or without parents at all. How to survive? It will be some mutations. And we had mutations and we had very small chances for growing up, for normal development of this kid.

New socialist trend, not socialist country, but trend, movement in socialist direction. And of course, we received a lot of mutations. Firstly, it was real huge energy, created by revolution, by victory in civil war. Energy of creation of new society, enthusiasm and so on. In the same time, in new economic policy in the 1920s, we had a lot of elements of market capitalism and so on. It was, by the way, not a bad model of combination of capitalism, market, and new socialist trends, with big contradictions. But then, because of terrible conditions, absence of material base inside, and the very dangerous, very aggressive-

PAUL JAY: Meaning the absence of any modern industry.

ALEXANDER BUZGALIN: Yeah. It was necessary to create, during ten years, modern industry and a huge military complex in order to prevent defeat in the war against world fascism. By the way, I want to stress, in 1930s, fascism became rule. It was Germany, Italy, Spain, Portugal, then all Europe capitulated.

PAUL JAY: And strong support in Britain and the United States, including the King of England.

ALEXANDER BUZGALIN: Yeah, and by the way- yeah, Britain and the United States were not very sympathetic to the Soviet Union rule at all. And one minute, one very important fact. When German fascists, Nazi, took power, it was one country around France, Belgium, Denmark, Austria, Czechoslovakia, Poland, strong industrial states altogether- Britain, the U.S.- no problem to defeat Germany. And what was the result? Germany occupied France, Poland, Belgium, Denmark, Czechoslovakia, Austria. Nobody can resist- democratic liberal capitalism could not resist to fascism. And only this strange mutation, Stalin’s socialism, could have a victory.

ALEXANDER BUZGALIN: Yeah, but after that, we had this bureaucratic mutation because of all these reasons. And the more we had power of bureaucracy and the less we had the real control from below, real opportunity to make something in social organization from below, the more we had degradation of socialist trends. And we moved from domestic socialism, in the atmosphere of capitalism around, towards attempts to build consumer society, but without the opportunity to consume. The economy of shortage consumer society.

PAUL JAY: This is a very important point, because I don’t think it gets made very often. What you’re arguing is the growth of fascism throughout Europe, supported to a large extent by the British and the Americans, helps, is one of an important condition, for the bureaucratizing of the Soviet state.

ALEXANDER BUZGALIN: Militarization and bureaucratization and the dictatorship type of political and social organization.

PAUL JAY: But a country with socialist ideals is not supposed to be throwing hundreds of thousands of people in prisons.

ALEXANDER BUZGALIN: Of course. Of course, that’s why I said this is a mutation which led to the degradation and finally, the collapse. It was- we had reasons for this terrible mutation. But this mutation led to the collapse.

PAUL JAY: You talked about the post-war period. The Russians beat the Americans to space, this explosion in sciences, the development- even more development in modern industry, and particularly, after so much of the country was destroyed in the war. What happened? Why a period of such growth after World War II, to the collapse of the Soviet Union? Again, an enormous question.

ALEXANDER BUZGALIN: Well, this is part of our life, my life, the life of my generation. First of all, why so big success in some spheres? We had success in the spheres which are suited for communism. Why? Communism, as I said, creative work together with friends. Education? Creative work together with friends. Science? Creative work together with friends. Competition, but very specific competition. Who is more smart, who can present to other people more knowledge, art, creative knowledges. So, we are creating, very fast, material bases for communism. But in the spheres which are necessary for everyday life in industrial society, we were defeated by capitalism. It was joked, we can make strategic rockets, we can make fantastic results in education, but we cannot make normal pants and good shoes. Unfortunately, it was true.

PAUL JAY: The underlying idea of a socialist economy is that it’s a planned economy. And you can avoid the periodic crises of capitalism, given that it should give rise to an explosion of productivity and the productive forces, and so on. It seems to me, trying to do that with the paper and pencil, and I mean that literally, is impossible. I read somewhere that they were trying to figure out how to give somebody a raise on an assembly line because they worked harder than someone else. And by the time the process was finished, it was two thousand signatures of people that had signed off on how to give somebody a raise, to figure out what that person had added to the value of the product going down the assembly line. I don’t know if the example’s true, but the bureaucratization, is it not inevitable when you’re trying to do that at that stage of economic development?

ALEXANDER BUZGALIN: Yes and no. Yes, because you described an anecdotic situation, and it is part of reality. No, because we had wonderful examples how such a big project can work. By the way, in the United States, Apollo Program was also based on “the plan.” And to go to the moon without a strategic plan with a lot of details; when, who, how will create what is impossible?

PAUL JAY: Yeah, individual things can be well-planned. But trying to plan a whole economy, at that stage of things?

ALEXANDER BUZGALIN: Yeah, that’s true. And this is the reason why I said that it was inevitable to have this bureaucratization of that period. But going back to- maybe not going back- going forward to the twentieth century, now we have problems to make balance of economy, national economy, is not a problem. The problem is to create a system of motivation and a system of rapid changes in production is very important. And plan, if you want to use plan for development of consumer society, these ten thousand types of shoes is impossible. A plan is very good for creation of society where you must create a new spaceship, new type of transportation, create education for everybody. Because for education for everybody, you don’t need a concrete plan, you need the material resources for university and self-management in the university. That’s it, yeah? It will work.

This is a big question, how to overcome contradictions of the past and what can be the lessons for tomorrow. Generally speaking, I will maybe conclude with relatively simple theories. First of all, movement from capitalist society to a real- more freedom, communism, or a Marxist vision, is not direct line. This is a zig-zag. Like, I don’t know, Mississippi is going from the North to the South, if I’m not mistaken, yeah? But sometimes, Mississippi is going to the North. So, the history also goes with zig-zags. And the problem is to understand the reasons why Mississippi went to the North.

PAUL JAY: Well, in our next segment we’ll pick up. A zig or a zag?

ALEXANDER BUZGALIN: Yeah, that’s the question. How to go in the necessary direction? And here, we need Marxist theory, we need leaders, we need understanding of the logic of the history, if you want. But this is a big question mark.

PAUL JAY: Okay, please join us for our continuation of our series of interviews with Alexander Buzgalin on Reality Asserts Itself on The Real News Network.