A Crisis in Business Confidence?

Austerity Not a Solution Pt.2 with Robert Pollin

Austerity Not a Solution Pt.2 with Robert Pollin 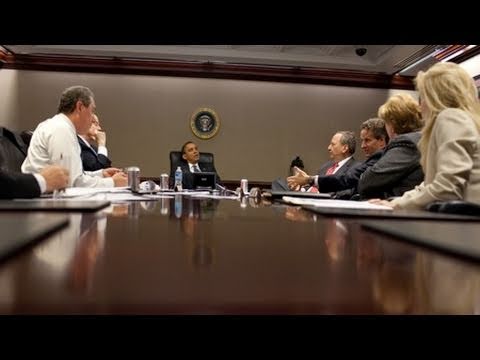 PAUL JAY, SENIOR EDITOR, TRNN: Welcome back to The Real News Network. I’m Paul Jay in Washington. November elections are around the corner, and the fiscal debate about is the economy sound; are we heading towards a train wreck; are stimulus policies and deficit financing the problem, well, Bob Pollin, who’s codirector of the PERI institute, now teaches at the University of Massachusetts Amherst, says no. Thanks for joining us again, Bob.

JAY: So one of the big arguments is that, okay, maybe inflation’s not kicking in. Maybe we’re in deflation. Maybe we haven’t seen any immediate repercussions of stimulus spending and high deficits. But it’s only a matter of time, because the global economic system is so precarious that it wouldn’t take much to push it over a cliff, and people, in other words, investors, I guess, start running for the hills (and I guess they define "running for the hills" as bailing out of the stock market, bailing out of T-bills, and buying up commodities is usually the argument—they’ll buy gold or whatever they can that’s, quote-unquote, "real"), that there’ll be this general loss of confidence in the US dollar, and the global economy spins out of control, and they then say far worse unemployment and all this. So they say, let’s take our medicine now, get these government debts into containable numbers, and then there’ll be some what they call "real growth". So what’s wrong with that argument?

POLLIN: Well, again, I mean, there is an element of truth in this. I mean, we do need to be concerned about big deficits. I mean, to just dismiss the notion of, okay, we’ve got a deficit at 10 percent of GDP, no big deal, I don’t think that’s right. And I think it’s fair to say that this is something that we should be concerned about, including the issue of whether businesses are getting itchy and saying, well, you know, maybe the US government isn’t going to pay back its debt. We can be concerned about it; it’s just that that is not a first-order matter of concern in my view. The first-order matter of concern, if all we’re interested in is business confidence, is, well, what gives business confidence? I mean, one of the interesting polls that came out of, of all places, the Bank of England of the United Kingdom, right, not exactly a place that is likely to be hostile to pro-business sentiment, what they found, because in the UK they are imposing austerity measures, the new conservative government, is that this is actually wrecking business confidence. Why? Because the main thing that engenders business confidence is when they look out and they see a stable, healthy, buoyant market ahead of them. Then they will put money into new investments, the new investments will create jobs, because the businesses think they’ll be able to sell things in the future. So through austerity measures you actually are on balance worsening business confidence, because you’re making market conditions worse, and that will spin out of control. That’s the way that you’re going to spin out of control, by creating a situation where businesses say, there’s just no way I see a path to making money in this economy.

JAY: The argument we hear is you’ve got to contain government spending so that the private sector can start spending. Somehow, they say, there’s some relationship between too much government spending and not enough private. And I guess that logic would lead to more tax cuts for businesses and such.

POLLIN: Well, you know, okay, there may be some argument for that in an economy where our resources are really used up, where we’re, you know, running full tilt, we’re running at full employment, where all the factories are busy, all the offices are jammed with people working day and night. And in that case we might say, well, if the government keeps putting in orders, then they’re—you know, that’s where we get the term crowding out—then that’s crowding out the private sector from having the opportunity from using the economy’s resources. But in a situation where we have officially 10 percent unemployment (again, a better measure close to 20 percent unemployment), when our industrial capacity, as measured by the Federal Reserve Board, is in the range of 70 percent, which means we’ve got 30 percent of the capacity in slack able to use, when government spends money and puts people to work and creates opportunities, that is not taking away from private business; that’s bringing the economy back up. And that in turn will encourage private business to see opportunities. They will get orders from the government. By the way, you know, when the government spends money, a lot of what the government does is buy things from private businesses. So private businesses will get new opportunities when the government spends. That’s the logic behind the stimulus.

POLLIN: That’s true. I mean, I do think there is a split. I do think that a large segment of the business community is very wary of all this austerity talk. On the other hand, you’re right: the people that are making the headlines are the people that are saying we’ve pushed the fiscal stimulus too far and it’s now time to retrench. That’s the view that’s getting out, and that certainly is the view—. President Obama has appointed this deficit study commission. Their results are supposed to come out in December, but they’ve already declared what they think before they studied it. They basically have said that the fiscal deficit is a cancer on the economy, it’s inhibiting businesses from investing, it’s weakening business confidence, with almost no evidence. I mean, at least I’ve given you one solid piece of evidence from the Bank of England which says, hey, we did a survey, and the survey said businesses don’t like this austerity and they’re not investing. I think if we did a similar survey in the United States, you would come out with the identical result.

JAY: Well, then the logic would lead—then how do you increase real demand? If businesses think that the only upside will be when there’s real purchasing power in the economy, doesn’t that lead to the notion that there’d better be higher wages? I mean, there’s not going to be more business buy-in without demand, there won’t be demand without more wages, which means there won’t be more employment. I mean, it seems such an obvious thing. It barely gets talked about.

POLLIN: Well, yes, of course what we need to create decent markets is more people with jobs, which means more money in their pockets, which means more money to spend. And they have to be decent jobs so that they have enough money to pay off their debts, to keep their homes, so they don’t have to keep worrying about that, and then to move forward in building the economy. That’s the way in which the private sector will start to feel confident about investing in the economy again.

JAY: Well, you sure don’t hear it. What you do hear from the politicians that represent big business is quite the opposite. And one of the things we hear most is the stimulus program didn’t work. And what’s the proof? Well, just look at the unemployment numbers. So in the next segment of our interview, let’s talk about: does stimulus work or not? Please join us again with Bob Pollin on The Real News Network.