Trump and his supporters argue that the 2017 corporate tax rate cuts are spurring economic growth. Is there any truth to this? We discuss the real effects of the tax cuts with economics professor Gerald Epstein of PERI at UMass Amherst

Trump and his supporters argue that the 2017 corporate tax rate cuts are spurring economic growth. Is there any truth to this? We discuss the real effects of the tax cuts with economics professor Gerald Epstein of PERI at UMass Amherst 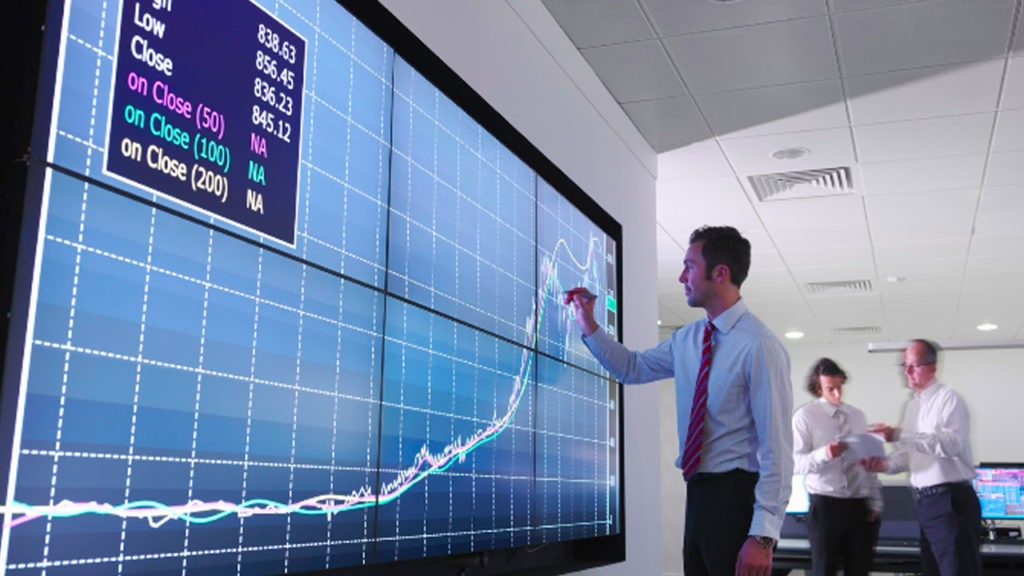 Economic growth in the United States during the second quarter of 2018 reached an annual rate of four point one percent. This is the fastest GDP growth since 2014. Of course, President Donald Trump was quick to take credit for the growing economy, attributing it to tax cuts that he signed into law last year. Also, JP Morgan CEO Jamie Dimon gave credit to Trump’s tax cuts for the rapid GDP growth.

JAMIE DIMON: Presidents get a lot of credit, a lot of blame for things they didn’t do, but the president has done things which accelerated growth. So, competitive taxes, we needed competitive taxes. And the way the American public should think about it, for twenty years we’ve been increasingly uncompetitive driving capital and brains overseas. Regulatory reform, I’m not talking about a big bank, I’m talking about small business. If you sat down, you just do it one day with small businesses, they’ll tell you about the crippling bureaucratic paperwork, litigation that- we’ve had less small business formation in America than in any other recovery. So, yeah this is growth.

GREG WILPERT: Also, this morning, it was reported that the stock market went through the longest period of a bull market, three thousand four hundred fifty three uninterrupted days of stock market increases. What does this mean and who benefits? Joining me to explore the relationship between the Trump tax cuts and economic growth is Gerald Epstein. He’s the codirector of The Political Economy Research Institute and professor of economics at UMass Amherst. Thanks for joining us again, Jerry.

GERALD EPSTEIN: Thanks for having me.

GREG WILPERT: So, first let’s roll back a little bit and remind our viewers about what the Trump tax cuts were all about. Which taxes were cut and who benefited from these cuts?

GREG WILPERT: Right. So, the cornerstone of the tax cut was corporations got their taxes cut substantially from about a thirty-five percent rate to about a twenty-one percent rate. And of course, this benefited tremendously the profits of the main, or the big, corporations. In addition, there were tax cuts for real estate developers and Wall Street speculators, those who could get what’s called pass-through income, their taxes were cut dramatically as well. There were modest declines in the tax rates for middle income taxpayers but those are going to be phased out after a couple years. So, what’s going to remain are the major cuts for corporations and the wealthiest in our society.

So, most of the benefits, according to the experts who’s looked at this, are going to go to the top one percent top ten percent, and those at the bottom, over time, over the next ten years or so, are actually going to find they have a tax increase.

GREG WILPERT: So, let’s turn to what JP Morgan CEO Jamie Dimon said from our introduction. He argued that tax cuts accelerated growth because they made the U.S. economy more competitive and because they cut regulations, especially for small business. Is there any evidence for this? I mean, you said already that the benefits went mostly to the upper income portion of the economy. But of course, the argument that is usually made is that there’s a trickle down effect and this leads to economic growth. Is there any connection?

GERALD EPSTEIN: Well, first of all, you can see why Jamie Dimon is so happy. If you look at the after tax profit reports of the largest banks, and he’s at JP Morgan, there are record levels and they’ve benefited tremendously from these tax cuts. So, you can see why he has a big smile on his face. Yeah, the trickle down is the issue. And the Trump administration argued that the benefits would trickle down to increase more investment in the U.S., raise productivity, increase jobs, increase wages. And it’s still a bit early to tell. So, it’s ridiculous that the Trump supporters are saying this has clearly happened from the tax cuts, because it’s really too early to tell.

But so far, the evidence goes against them. There has not been an increase in real productive investment. Wages are not going up much more than inflation. Unemployment is way down, about three point nine percent, but that’s mostly a continuation of the trend that started under the Obama administration with the recovery from the Great Recession.

A lot of this is due to the low interest rate policy that the Federal Reserve has pursued. And that also, though, explains why the stock markets are booming so much. The stock markets are booming largely because of the tax cuts that helped corporate profits. And also, with lower interest rates it’s more profitable for investors to invest in stocks, so the stock market boom is helping those people who own stocks, but about eighty-four percent of the stocks in America are owned by the richest ten percent of the people. So, no. Not much just trickling down in terms of higher wages, higher productivity, more investment.

GREG WILPERT: So, if the Trump tax cut did not boost GDP growth directly, what has been the driving factor behind the economic growth? You already mentioned low interest rates. Was there anything else or is that really the main thing, and what is what is the cause behind that?

GERALD EPSTEIN: Well, we would expect and maybe it showed some, it hasn’t shown up quite yet in the data, but you would expect some increase in consumption demand, buying and so forth, from the tax cuts because that’s what tax cuts do. They put money immediately in people’s pockets and some of that is spent on goods and services. So, there’s probably somewhat in that sense from the tax but, but that’s a short run demand side boost. What Jamie Dimon was saying is that they’re supposed to be this big supply-side boost for more productivity, and we just haven’t seen that. As I said, a lot of the economic growth is a continuation of what seen in this long economic recovery. And a lot of that has come from lower interest rates, which has fueled a lot of borrowing by households.

So, consumer debt is up a lot. People have borrowed a lot to buy things, and of course, that’s probably not sustainable. Another thing that’s happened is there’s been a big energy boom with natural gas and oil production. In fact, that’s been some of the biggest driving force in more investment, but we know that that has significant problems on its own, for particularly climate change and global warming. There may be also some bunching up of demand for some exports, soy beans and other kinds of products, in this last quarter in anticipation of the tariffs the Trump administration has put on, to try to buy those things before the tariffs went into effect. So, once again, that’s not a sustainable change as well.

GREG WILPERT: And it has nothing to do with the tax cuts.

GREG WILPERT: So, then what have been the main social and economic effects of the Trump tax cuts for the general population?

GERALD EPSTEIN: Well, it’s interesting. There was an Associated Press study that came out last week. It looked at the increase in job growth as a result of the economic growth county by county and correlated it with whether the counties voted for Trump or for Hillary Clinton. And somewhat surprisingly, perhaps, most of the job growth that’s happened as a result of the economic growth in the last year or so since the election went into counties that went for Clinton, not for Trump. So, Trump has really not been able to deliver exceptional job growth or income growth to his constituents, at least not the working class constituents.

So, interestingly, what we’re finding is that his policies and the policies, by the way, of the Republican party, who have enthusiastically supported these tax cuts, has been to deliver massive amounts of wealth to the very richest. So, that’s one part of the coalition. And then, they deliver racism, xenophobia and jingoism to the rest of the population and they hope that that’s going to get them reelected.

GREG WILPERT: So, let’s turn on to what might be the alternate turnabout. I mean, what kinds of tax policies would you say would lead to sustainable growth with equity?

GERALD EPSTEIN: Well, first of all, what we need to do is invest in a lot more public investment in infrastructure and investment in underserved communities, job training, more jobs, et cetera. And a lot of this needs to be focused on the transition to a greener economy. My colleague, Bob Pollin, here has done a lot of work on this. This would generate significant numbers of jobs that would help us make the transition to what we need, this greener economy that will deal with climate change, it will raise productivity.

We also need to make sure that workers are empowered so that the benefits, more of the benefits will flow to them rather than to corporate profits. Elizabeth Warren just came out with a whole set of policies to improve corporate responsibility and so forth. So, there’s a whole lot of things that we need to do to focus around public investment, increasing labor’s role at the bargaining table and raising taxes back up on the wealthiest so that we can fund public services for the rest of us.

GREG WILPERT: Okay, well of course we’ll continue to follow the economic developments in the United States. I was speaking to Jerry Epstein, codirector of The Political Economy Research Institute at the University of Massachusetts Amherst. Thanks again for having joined us today, Jerry.

GERALD EPSTEIN: Thank you much.