In what many analysts saw as a test for Vladimir Putin's rule, the Moscow election was a setback of sorts, but the opposition's orientation towards capitalism undermines its own anti-corruption platform, says Tony Wood

In what many analysts saw as a test for Vladimir Putin's rule, the Moscow election was a setback of sorts, but the opposition's orientation towards capitalism undermines its own anti-corruption platform, says Tony Wood 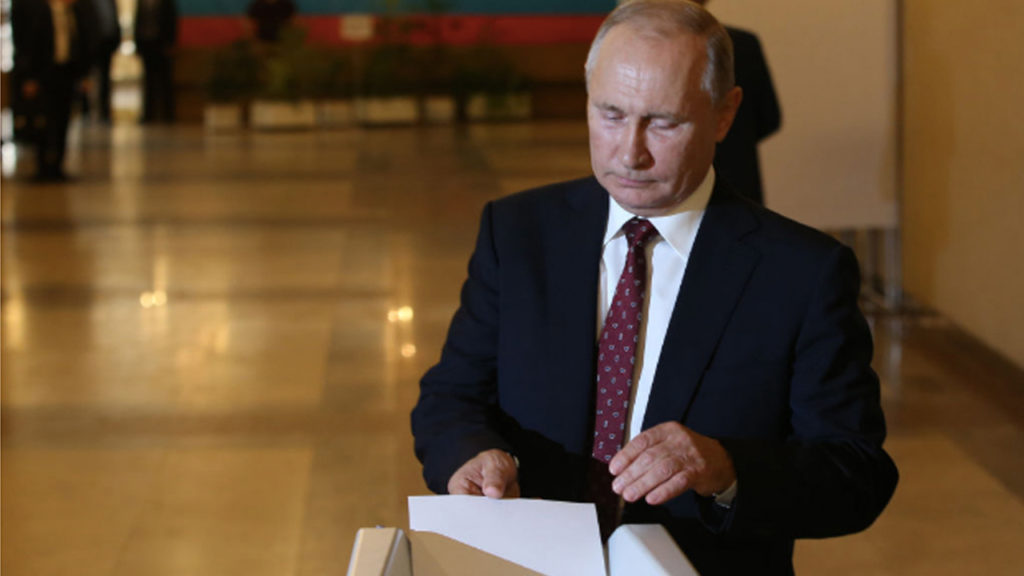 Russia’s President, Vladimir Putin, suffered an important setback on Sunday in the Moscow city legislative election. Putin’s party, United Russia, managed to maintain a majority in the Duma, winning 26 out of 45 seats. However, previously his party had controlled 38 seats. The big winner in the election was the Communist Party, which increased its representation from five to 13 seats.

The opposition politician, Alexei Navalny, who has become quite famous in the West and in Russia for his anti-corruption crusade and his recent 30-day imprisonment, had to urge voters to cast ballots strategically when his own party’s candidates were disqualified from the ballot. Opposition politician, Emilia Slabunova of the liberal Yabloko Party, said the following after the vote:

EMILIA SLABUNOVA, YABLOKO PARTY LEADER:  Everything tells us that we need to change the electoral system as soon as possible, and this is the first step from which the reform of the political system will start.

GREG WILPERT: Joining me now to discuss the election result and what it means for Putin is Tony Wood. He is a member of the editorial board of the New Left Review, and his most recent book is Russia Without Putin: Money, Power, and the Myths of the New Cold War. Thanks for joining us again, Tony.

TONY WOOD: Thanks for having me on, Greg.

GREG WILPERT: So, Putin’s Russia United Party not only maintained its clear majority in the Moscow Duma, but his party actually also won 16 governors’ races. However, most of the media reports, at least in the Western media, are portraying the results as a loss for Putin because of the Duma race in Moscow. Now, how would you interpret this result?

TONY WOOD: I think there’s no doubt that this is a significant setback. This all goes back to earlier in the summer when the Moscow city authorities tried to bar several opposition candidates from running, and so that was the start of Navanly’s campaign for tactical voting. It’s obviously going to be very hard to separate out what proportion of the votes received by oppositional candidates were due to tactical voting and what was due to just more general voter dissatisfaction or support for those parties that would have been there otherwise. But on the other hand, I think given that the United Russia Party aspires to kind of total control of the political system, having almost half the seats in the city assembly taken by one or other opposition party is a real setback.

And I guess the third important setback that this illustrates in Moscow at least is that the head of the United Russia Party in Moscow is Andrei Metelsky, he lost his own seat. So the head of the governing party could not be re-elected in a municipal election, and that just suggests that all of the resources that the ruling party has to bear did not really do the trick in Moscow, and I think they’re going to be slightly concerned about this.

GREG WILPERT: Now, the Communist Party, as I mentioned, did fairly well. Is this a sign that the Communists are staging a comeback and are growing in Russia? Or is more likely a consequence of the lack of other political options since Navalny’s party, Russia of the Future, was excluded from this race?

TONY WOOD: I think very much the second of those two options. I mean, one thing to bear in mind is that it’s not just United Russia, but the entire political system is very tightly managed by the Kremlin. So, there are what are called “systemic opposition parties.” That is, parties that are like officially permitted to be the opposition. One of them is the Communist party, one of them is a party called A Just Russia, Spravedlivaya Rossiya, and these are committed to occasionally win seats here and there. So what tactical voting has done is just increase the totals for these permitted opposition parties.

So what’s going to be interesting to see over the next few months is to what extent these fictitiously oppositional parties are actually going to have to take on something more of an oppositional role given the degree of popular support they have achieved, or whether they’re going to have to try and somehow finesse the situation by opposing the government without really substantively opposing it. And I think that is where the tradeoff is going to come over the next few months, and what will be interesting to see is the degree to which street mobilizations, extra-parliamentary actions continue as a means of trying to press these fake opposition parties to be a real opposition. but that remains to be seen.

GREG WILPERT: Alexei Navalny, who is perhaps Russia’s best known opposition politician, at least outside of Russia, has been a crusader against corruption, which is an issue that seems to unite pretty much everyone across Russia’s political spectrum since it’s such a clear problem in Russia. But you recently wrote an article for Le Monde diplomatique titled “Russia’s Appointed Billionaires,” in which you question the effectiveness of the tactic. That is, you acknowledge that corruption is a serious problem, but argue that the way Navalny and others talk about it obscures how deeply it is embedded in Russia’s political and economic system. Explain to us what you mean by that.

TONY WOOD: Well, I think one of the key motifs, if you like, of Navalny’s politics has been that “we need to get rid of this corrupt party.” He calls it a party of crooks and thieves. There’s no doubt that that’s an effective message publicly because a lot of these people are seemingly very corrupt. There’s a lot of resources being spirited out of the county to buy villas in Tuscany and all this sort of stuff. So, that’s the reason the message has resonance.

But I guess my criticism of that is just, as an analysis of why things are the way they are, it does fall short. The problem with the Navalny critique is that it has this implication that there is a perfectly normal, functional, good capitalism lying beneath this crooked structure that’s imposed on top of it, whereas my own view of the whole course of post-Soviet Russia’s development is the corruption has been integral to the form of capitalism that Russia has; that there is this blurring of the realms of state and business that has been consistently there since the age of Yeltsin; and that really any attempt to do away with corruption has to address the fundamental nature of that system. You can’t have a continuation of contemporary capitalism in Russia without some form of corruption being done by whoever’s in power.

So in as much as Navalny’s agenda doesn’t promise that kind of systemic transformation, it’s going to be somewhat limited in its actual effects on corruption in the end. That’s my argument, but I admit that that’s a very tall order for Navalny or for any other movement to address straightaway.

GREG WILPERT: And what role does the West play in all of this, if any? I mean, does it actually encourage the, how should I say, the system in Russia or does it help undermine it? And then, to what effect?

TONY WOOD: That’s a good question. I think somewhat the effect is to make any kind of minor setback for the Putin regime more of an emergency. As you mentioned, the Western media’s fastening on this as some sort of major setback for Putin. And as I said, it certainly is a setback, but it’s not a crisis for the regime. It’s not like they’re going to be voted out of power anytime soon or even toppled by any kind of popular movement. That’s just not on the cards.

And I would say that one does need to keep things somewhat in proportion. It’s a significant result in Moscow, but the turnout in these elections as far as I can see is very low. It’s 22 percent, which is sort of in line with the last round of municipal elections in 2014. So, there hasn’t been a massive increase in voter participation, in public engagement with politics, or at least not a significant gain enough to make this really a systemic challenge.

So I would see this more as a kind of minor tremor, but the regime is certainly going to see it as an alarming symptom, and the Western media is also keen to interpret it as a more profound crisis for the regime than it really is. So I think the West’s role really is not necessarily constructive in that it encourages the regime itself to magnify the extent of the crisis, which will result in more repressive measures, unfortunately.

GREG WILPERT: Okay. Well, we’re going to leave it there for now, but we’ll continue to follow this situation. I’m speaking to Tony Wood, author of the recently released book, Russia Without Putin. Thanks again, Tony, for having joined us today.